We met a couple of friends for dinner Friday evening at J. Brian's Tap Room in downtown Fredericksburg. J. Brian's is one of the older, if not the oldest, good beer pubs in town. They served good craft beers before other local establishments did, and well before specialty bars like Capital Ale House come to town. I haven't visited in a while, but I recall drinking many pints of Bell's Two Hearted Pale Ale there when it was a rare treat to find anything other than BudMillerCoors in the area.

J. Brian's offers 20 beers on tap. This evening the selection featured a diverse list including Start Hill Starr Pils, Avery White Rascal, New Belgium Fat Tire, and one listed just as "Burning River IPA." I opted for the mystery IPA. I figured I'd take a chance even though I couldn't place the name. After the first sip I realized the beer wasn't an India Pale Ale, but actually a Pale Ale. It was quite tasty, enough so that I stopped thinking about the name, and just enjoyed it. The beer was good and I didn't feel like going all beer geek at dinner.

It wasn't until we got in the car to drive home that it clicked. "Burning River, now I remember, that's Great Lakes!", I said to Colleen. Great Lakes Brewing Company has been distributed in Virginia since February of this year, and I've picked up various six-packs of the brewery's beers, but this was the first time I've enjoyed any Great Lakes beer on draft.

As noted, Great Lakes Burning River is a Pale Ale, not an IPA. The beer is a bright copper color with a pleasing aroma of floral hops and caramel malt. The flavor is crisp citrus with a substantial malt base. The finish is mildly bitter and dry. It's quite an enjoyable and balanced pale ale. Despite the mistyped menu, I enjoyed the beer and ordered another to accompany my dinner.

We had a very enjoyable evening dining outdoors. J. Brian's has a new outdoor seating area, in a courtyard behind the restaurant. It makes for a very pleasant atmosphere, especially with the mild breeze that was a constant during our meal.

I resisted the temptation to whip out my phone and take a picture of my beer as I do so often, so no pics. This time. 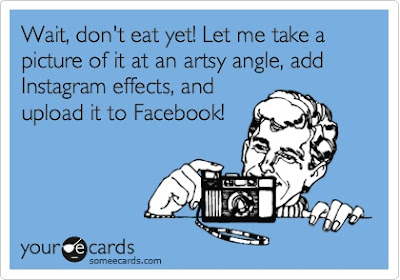