Bluebirds at the Range

Last week I made a quick run to the outdoor range for a little stress release. While I enjoyed the time spent shooting, it wasn't the most interesting part of the outing. As I fired my first shots my electronic ear protection allowed me to hear the unmistakable chatter of a Bluebird behind me. I turned and saw this male Eastern Bluebird fluttering against the passenger side window of my vehicle. He seemed quite annoyed. 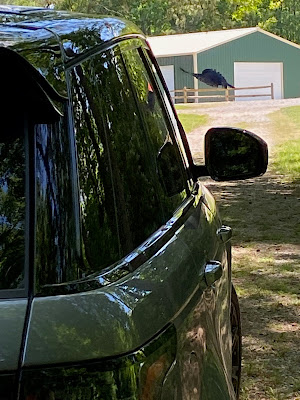 As I watched, he would occasionally perch on the window ledge or the mirror. I could get pretty close to the car to watch before he flew off. 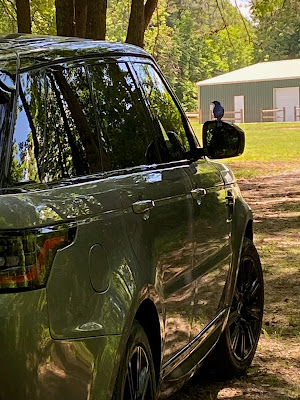 A few minutes later he was back. This time his interest focused on the driver side. His mate made an appearance as well. They both would fly around the car, before flying off together but returning again and again. 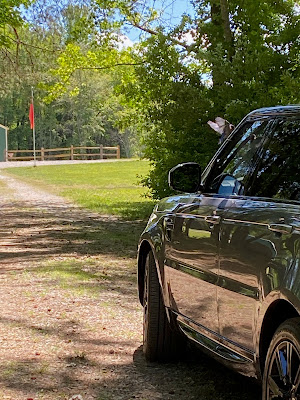 At times, their attention was focused on the windshield. Other visits they perched on the back window. I became fascinated by watching the antics of the pair. 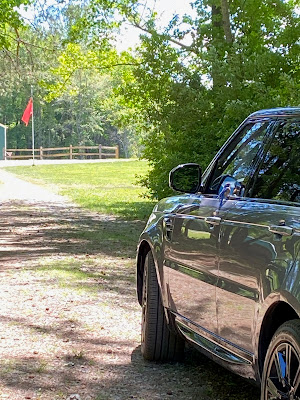 I was at the range for a little over an hour. The curious, or upset (?) birds continued their visits the entire time. When it was time to leave, I was apprehensive about opening the back hatch to load my gear, not wanting the birds' curiosity to extend to inside the vehicle. I gathered all my belongings at the back the car and loaded quickly. As I packed up, I could see the male Bluebird watching from the windshield, perched on a wiper. 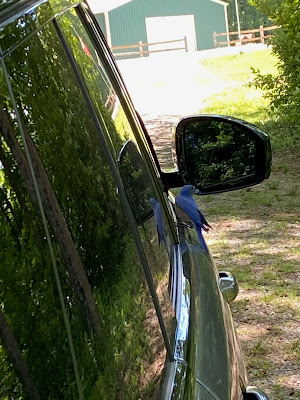 It was a very interesting encounter with these beautiful birds. However I did need to wash the car afterwards as the visitors had left a more than a few calling cards as a mementos.
Mused by David