I spent the past week ensconced in a Washington, DC hotel for a conference, with little time to get out and about. I was however, within walking distance of two "infamous" DC beer bars, and I did manage to squeeze in trip to both. The first of the stops was The Black Squirrel in the Adams Morgan neighborhood. According to their website, they have three distinct pubs within. I peeked into the basement window and spied a long bar, that was unoccupied at the time. Climbing the stars, I entered another pub area with a few folks sitting at the bar. I was greeting promptly by the barkeep Rhyd, who let me know that "Snakes on a Plane" was on the TV. "Well, that's different," I thought. It turned out to be quite entertaining and the subject of much fun conversation and joking.

I started off with Carrack Imperial Red Ale from Mission Brewery. The beer was full of juicy, resinous pine and earthy hops. Roasted caramel and a sticky sweetness was matched with a notable alcohol presence. It was a bold beer that tempted me to have a second glass, which I resisted in order to try a variety of beers.

The Carrack was followed by another West Coast beer,  The Immortal IPA from Elysian Brewing Company. This IPA had a rich citrus aroma. The flavor was a mix of pine and citrusy hops, with a bit of honey-sweet malt to round it out. Immortal IPA is a big smack on the tastebuds, and was a worthy foil to my very spicy Jalapeño Burger. The tasty burger was topped with guacamole, roasted jalapeños, and goat cheese. It was delightfully messy, and left behind a burn that could only be matched by an equally bold beer.

Dinner finished, my West Coast beer exploration continued when Rhyd treated me to a taste of Big Bear Black Stout from Bear Republic Brewing. The aroma of this Imperial Stout was strong with molasses, dark roasted malt, and more than a little alcohol. I would have sworn this was a barrel-aged beer, but there's no mention of that on the Bear Republic website. Nonetheless, the flavor was reminiscent of bourbon barrel aging, with dark chocolate, molasses, roasted coffee. The mouthfeel was thick, with low carbonation. After finishing the taster, I was contemplating ordering a pint. Alas, it was getting late, and I did have a late-night walk through the city ahead of me. I made a note to look for this one again.

I was about to ask for my check when Rhyd suggested I try Jai Alai IPA. He certainly had picked up on my preference for "big" beers. I gave in and ordered just one more beer. Jai Alai was more on the citrus and fruit side of the spectrum than the evening's previous beers. Bitter grapefruit and orange citrus notes, along with the "green" feel of a fresh hopped beer. By this point in my evening I was feeling full and satiated from good food and beer, still I was happy to enjoy another tasty beer.

Four excellent beers, and a spicy, sweat-inducing burger made for an enjoyable evening. Although I don't get into DC very often (nor have much desire to do so) I look forward to the opportunity to return to The Black Squirrel and visit the basement bar, which I understand, has an even more extensive beer list.

And then the evening almost took a turn for the worse...

Halfway into my walk back to the hotel a voice in my head said, "Hey dummy, you left your credit card at the bar." (Yes, my guardian angel uses such terms of endearment frequently.) Within a few minutes of that thought, I noticed I had both voicemail and a text messages from Rhyd about my forgotten property. Kudos to Rhyd! I was reminded of a time a few years ago when I had left my card at a Falls Church pub, with a different outcome. I was never contacted, and had to spend a lot of time on hold when I called them to find out if it was there. I ended up canceling the card, since I couldn't get back to Northern Virginia to retrieve it in a timely manner. I was glad I didn't have to go through that exercise again. 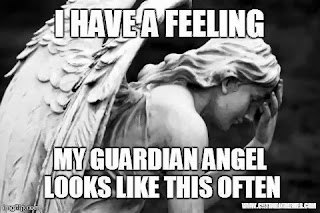 My credit card retrieved, the walk back to the hotel was uneventful. On the bright side, maybe the extra walking burned off a few calories from all the beers.