It Was a Dark and "Stouty" Night

Colleen started out with a glass of the Hardywood Stout, while I opted for the Stone Espresso Russian Imperial Stout. I also begged a sample of the standard Stone RIS, "in the interest of science." Despite all being similar in appearance, all the Stouts were quite distinct in flavor. 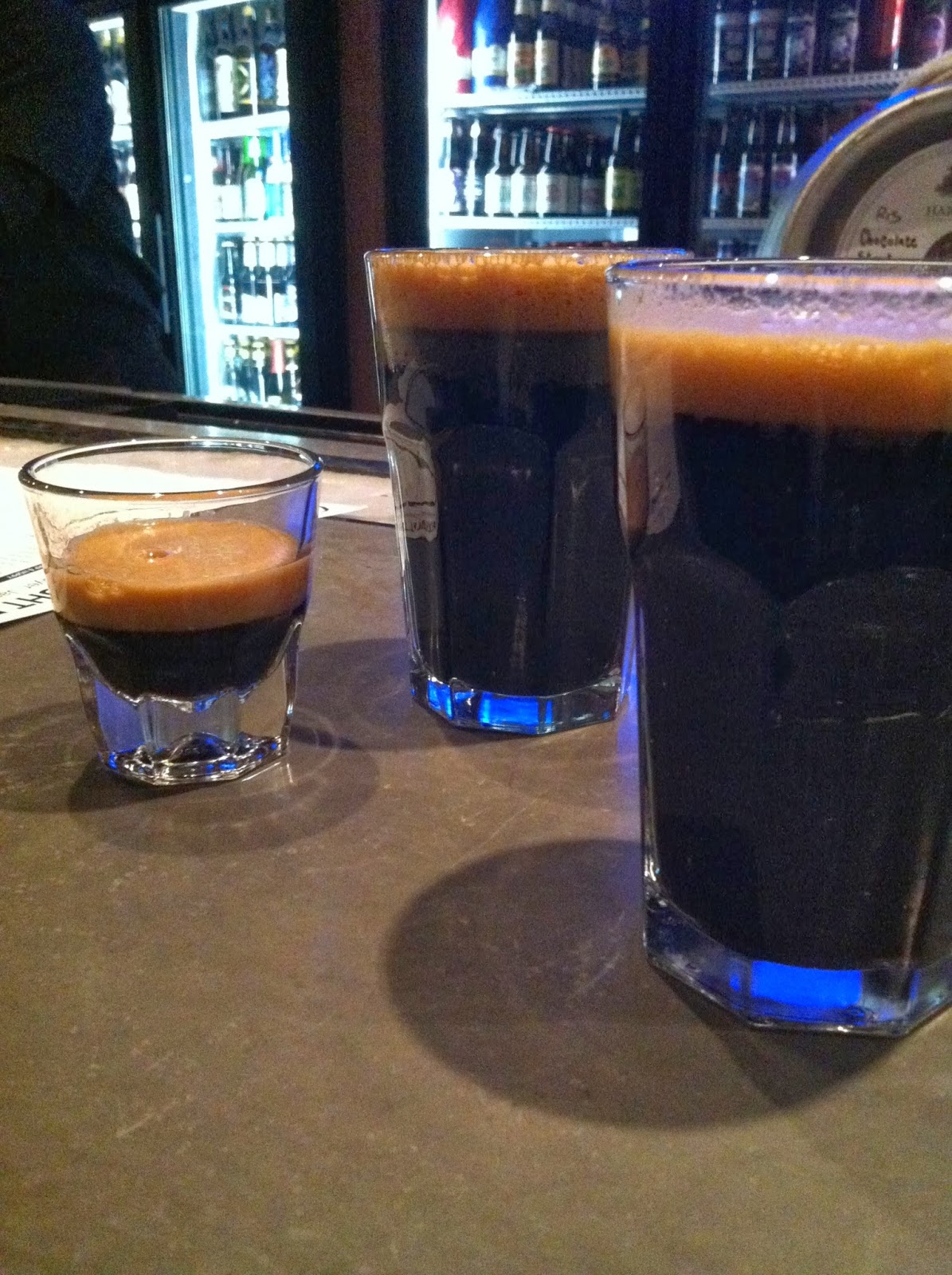 The first thing I noticed was that all the beers were served at a good temperature. That was expected from the Hardywood pin, as it was sitting on the bar, but a pleasant surprise for the two Stone beers. I'm assuming they had just come out of the cellar and hadn't been in the cold refrigerator all that long.

There was no mistaking the espresso in the Stone Espresso RIS. The rich espresso flavor stood above the other flavor notes. Alternating with a few sips of Stone's standard Imperial Stout only served to illustrate the strong influence of the espresso. Bold tastes of dark chocolate, molasses and roasted nuts were present in both. The year in the cellar seems to have mellowed any burnt notes often found in a Russian Imperial Stout.

As I was enjoying my Stout, Colleen was also enjoying her Hardywood Park Stout. In fact, we both realized that our glasses were about empty at the same time and we'd have to order again. I typically finish my beer well before Colleen does, but she found the Hardywood very enjoyable it went down quickly.

We were seated right in front of the Hardywood pin, and had been noticing the servers were tilting the 5.4 gallon keg further and further in order to pour another glass. I decided I needed to order a pint for myself, and quickly. The Hardywood Stout had a very "creamy" mouthfeel with less bitterness than the Stone beers, with a hint of dark chocolate. It was a popular drink that evening and folks were disappointed to see the pin finally run dry. We've been enjoying a run of Hardywood Park beers lately and will continue to seek them out, as they've yet to disappoint.