Range Time for a Saint

On the Feast of St. Gabriel Possenti, we planned a pilgrimage of sorts to the range. Despite the warm temperatures earlier in the week, Thursday turned out to be quite chilly. That doesn't stop us!  We started out on the rifle range, and despite having to re-stand up the target holders numerous times due to the wind, got in some good work with the AR's. One of the purposes of this trip was to try out the spotting scope I recently bought to do away with those 100 yard walks to check the targets. (It never ceases to amaze me how much "peripheral" equipment this sport calls for.)

We later moved over to one of the pistol bays for some closeup workouts. Precision shooting was the order of the day, as Checkered Flag set the challenge of shooting out the staples that were holding the targets on the cardboard! Our old friend "Buddy" made an appearance as well, although some may find him offensive. My EDC weapon got a good workout as well, along with some practice in drawing from under winter clothing. 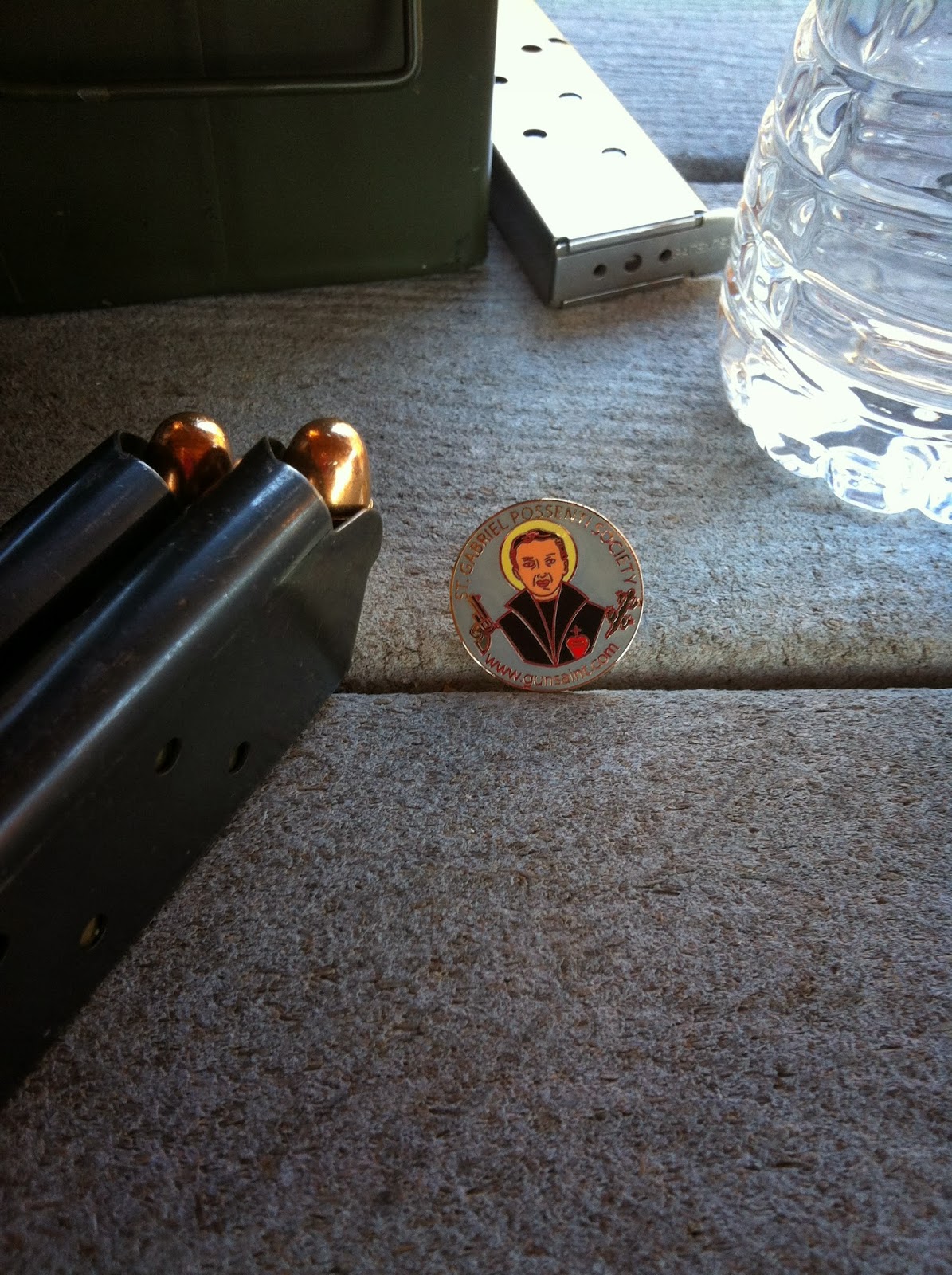 It was a fun way to mark the feast day of the Patron Saint of Handgunners. Eventually, the cold temps and windchill convinced us it was time to head home for some warming beverages. There was A LOT of brass to be picked up, which got even more challenging as the daylight waned, and fingers numbed. But soon enough we were standing around the kitchen counter enjoying a variety of good beer and reminiscing about the fun day.

Fr. Z also has a nice post promoting the Patron Saint of Handgunners.