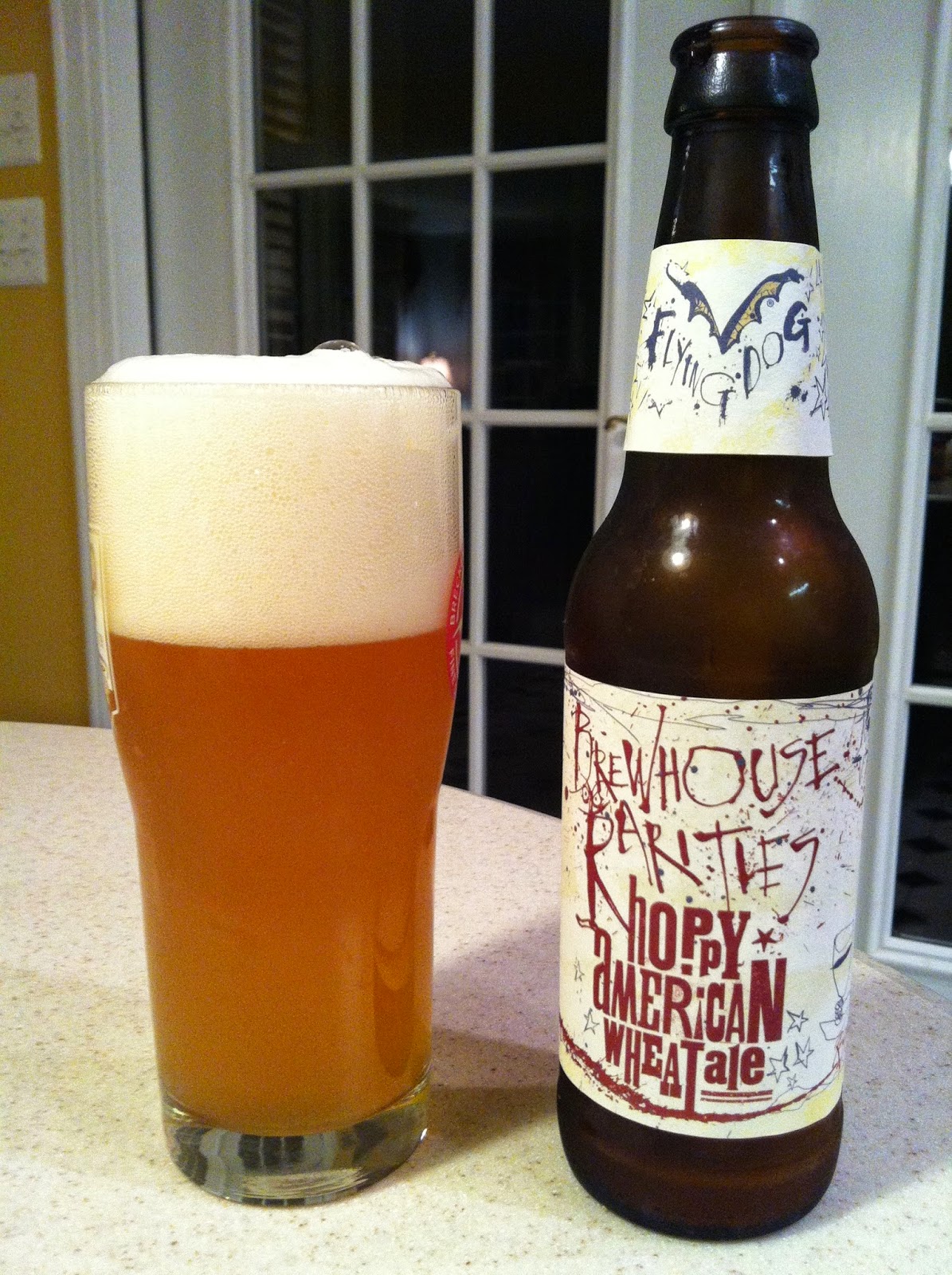 A few weeks ago we received a couple sample bottles from Flying Dog, which were promptly stuck in the beer fridge, and life went on. This weekend I remembered getting that package, but couldn't recall what beers were included. I dug around and pulled out this bottle of Brewhouse Rarities: Hoppy American Wheat Ale.

The small batch American Wheat Ale pours a very cloudy deep gold color. The quickly building white head is think and creamy, though it pretty quickly drops to quarter inch thick and persistent layer. The aroma is that of tropical fruit like pineapple and mango. I might get a hint of bready wheat, but the tropical fruit dominates.

The flavor of this beer is an interesting blend of a bitter IPA and a wheat beer. The "hoppy" side definitely predominates the flavor profile though. The tropical fruit and citrus is topped with bitter rind and hint of grassiness. The "wheat" background comes through in the medium bodied mouthfeel and tingling carbonation. The finish is a lingering zesty bitterness.

Flying Dog Hoppy American Wheat Ale is a refreshing late Summer release, that might be better described as a low ABV "session" IPA than a wheat beer. But that's just fine with me.

Coincidently, or perhaps by design, the other bottle in the sample package was Galaxy Single Hop Imperial IPA. Since Galaxy is also the dominant hop in the Hoppy American Wheat Ale, I'll try to get to the IPA real soon, while the flavor of this one is still fresh in my mind.