The Beer Menu Matters Too

I was looking forward to hitting my favorite brewpub last Friday evening. Apparently, so was the rest of the town. When we pulled up, cars were backed up onto the street just trying to get into the parking lot. Apparently the "Mardi Gras" menu was a hit. Good for the pub, bad for us. We turned around to look for another dinner spot. We stopped by another local pub that we hit on occasion, which can usually be counted on to have a decent craft beer selection. 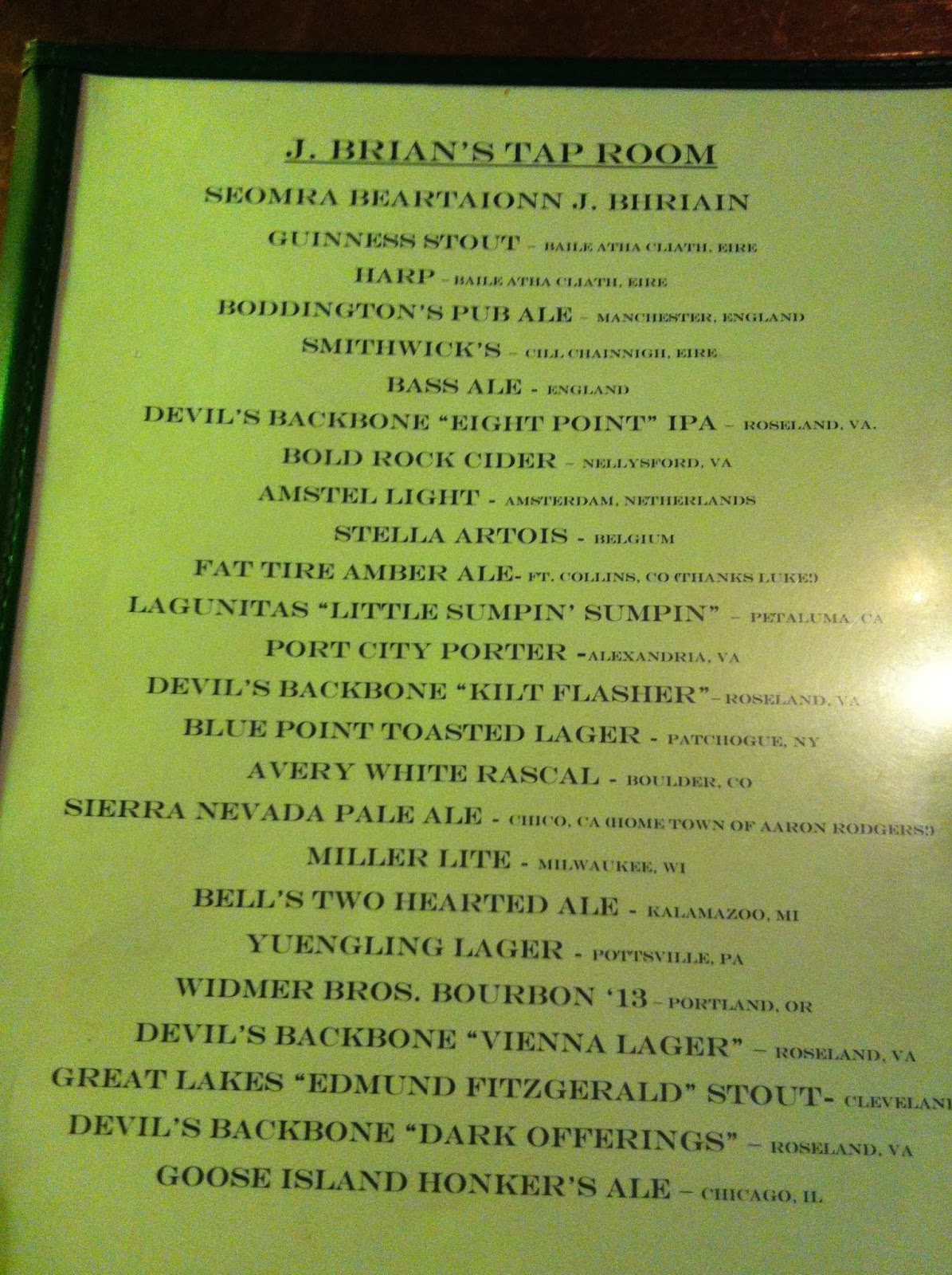 Almost without fail, in any restaurant, my first question concerns the accuracy of the posted menu. In this case I was particularly interested in knowing if there were any beers not listed, so I asked "Is this list complete?" and received a reply in the affirmative. Colleen asked for the "Devil's Backbone" Kilt Flasher but was informed that selection was not available. (The brewery's name is actually Devils Backbone, with no apostrophe.) I had also intended to get the Scotch Ale so I opted for the Port City Porter while Colleen perused the menu further. She settled on the Avery White Rascal.

A few minutes later, the waitress returned to apologize that the White Rascal was also no longer available. We laughed (really, we did) and Colleen selected the Great Lakes Edmund Fitzgerald "Stout." Edmund Fitzgerald is actually a Porter, not a Stout, though that point was moot, since it too was out. Growing frustrated, we asked what they actually had. At that, the waitress informed us they just added a beer that wasn't listed, Devils Backbone Dark Abby. (I thought we settled the question of completeness previously?) "It's a Stout," she said. I knew better, and quickly told Colleen that she'd like that one, so it was ordered. Dark Abby is a Dubbel, not a Stout. A short while later, the waitress returned with our two beers, and the cider selected by our dining companion.

I relate this tale, not to disparage the establishment, which was one of the first local pubs to actually serve craft beer. The beers we got, though our second and fourth choices, were enjoyable, and the food was tasty. My purpose is to lament the casual attention to detail that beer menus often get, even at places that make a point to "do" craft beer. It's doubtful that a restaurant would put a food menu in front of a customer and not mention the selections that were unavailable. And of course, the entrées would be labeled correctly. They wouldn't label chicken as pork, even if they are both "white meat."

Beer runs out, and selections change, and I accept that. Heck, I pretty much expect it. It's why I start my selection process by inquiring about the menu accuracy. Unfortunately, in this instance it didn't make the process any easier. We still had a fun evening. We had a some extra laughs over the menu and the ordering difficulties, and there was fodder for Musings. And there's always next time.

Update: I noticed on the pub's Facebook page that two days before our visit they announced they had also tapped Old Speckled Hen, Sweetwater 420 Extra Pale Ale, and Great Lakes Conway's Irish Ale. I think I would have enjoyed those. Note to self: Check a pub's FB page before venturing out.