Old Bust Head Brewing celebrated the grand opening of their new tap room this weekend. Even though I had visited the brewery just last week, Colleen and I made plans to go see the new tap room, as well as enjoy the good beers. We initially thought about going on Saturday, but I arrived home later than planned, and very tired, from Saturday's USPSA match, so we postponed our visit until Sunday. That was fortuitous, as I later learned that the crowd Saturday was so large they were turning people away! Sunday at the brewery was crowded as well, but we had no problem getting seats or beers. 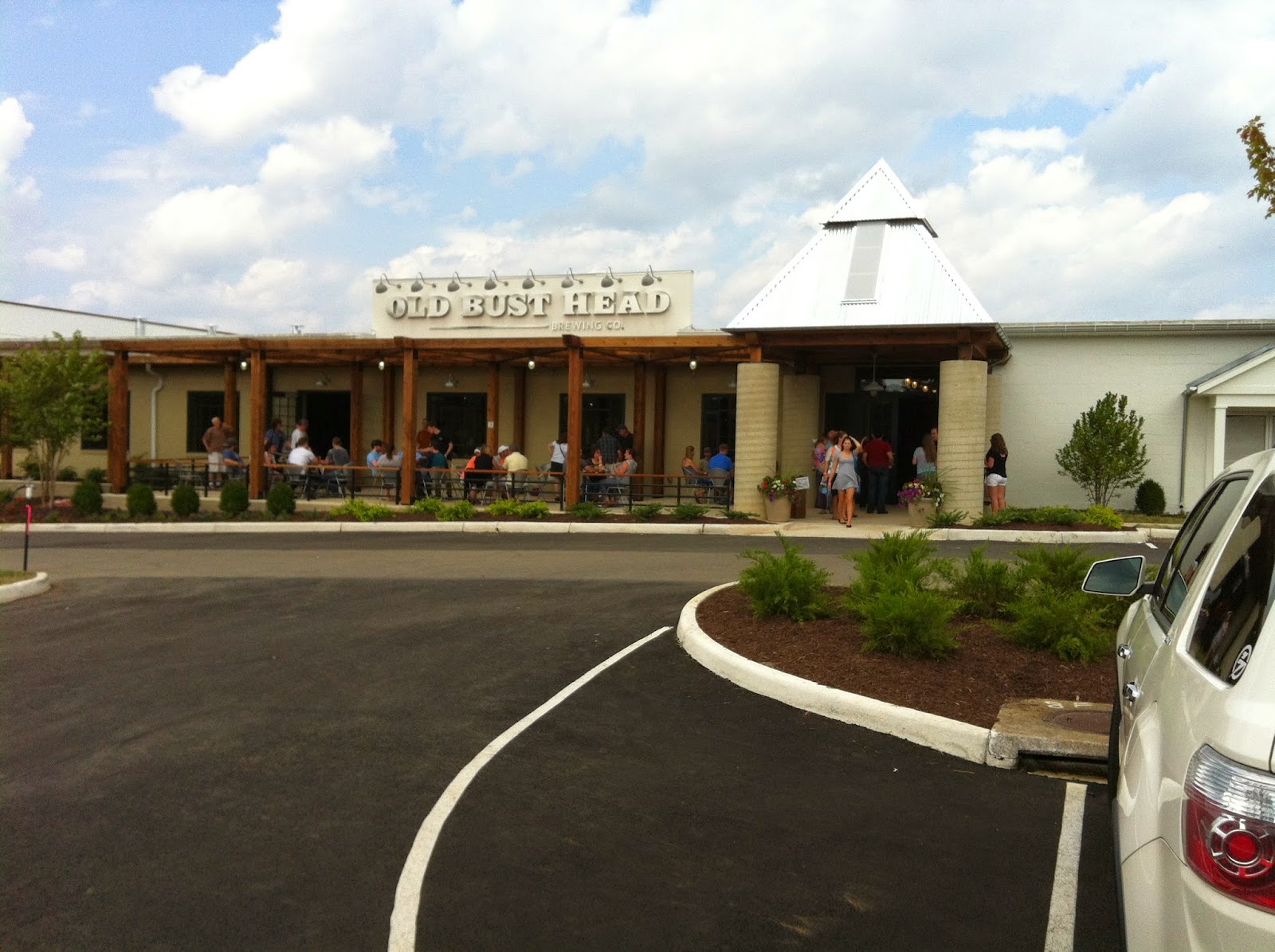 The Old Bust Head tap room is huge, with seating for 200 plus people, as well as a small stage. Seating is at heavy wooden benches and tables. Outside tables are also available. There are hooks at the large walnut bar for purses, a feature that Colleen always looks for, so I suspect they will eventually provide seating at the bar as well. And there's free Wi-Fi too. It's immediately obvious that Old Bust Head is set up to deal with large crowds. There is an exceptionally long line of tap handles behind the walnut bar, as well as multiple chalk boards listing the current beers on tap. Even though the line was long, both times I stood in it, the wait was surprisingly short. It reminded me of an airline check-in line, you waited in one line for the next available agent server, and moved forward when your turn came. Of course, the reward at the bar was much more pleasant than what awaits at the airport line. 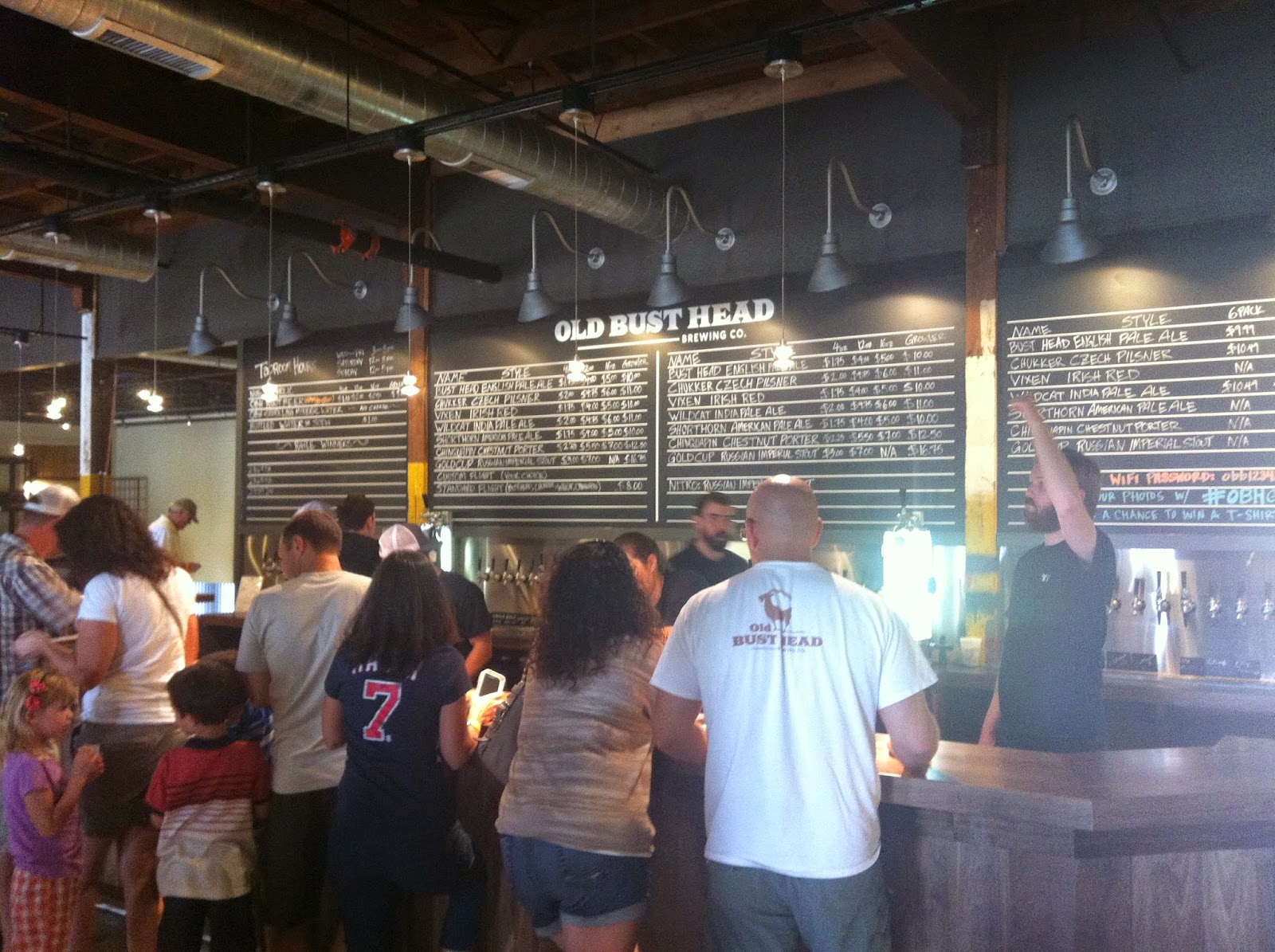 Since I had tried most of the beers last weekend, I opted for a glass of Gold Cup Russian Imperial Stout, a beer that was released for the grand opening. As an added treat, the Stout was served on nitro. Colleen opted for a flight of four beers; Bust Head Old English Pale Ale, Chukker Pilsner, Wildcat IPA, and Chinquapin Chestnut Porter.

The Gold Cup Stout was exceptionally well-done. The bittersweet chocolate and espresso flavors made a rich-flavored beer, with a creamy, smooth mouthfeel. A mild roasted bitterness stayed behind on the palate. The 10% ABV was masked and not noticeable in the flavor. I enjoyed this beer very much, but opted to have just one. I enjoyed a pint of the lower ABV Shorthorn American Pale Ale while Colleen continued on her flight tasting. As I was last week, Colleen was very enamored with the Chestnut Porter. 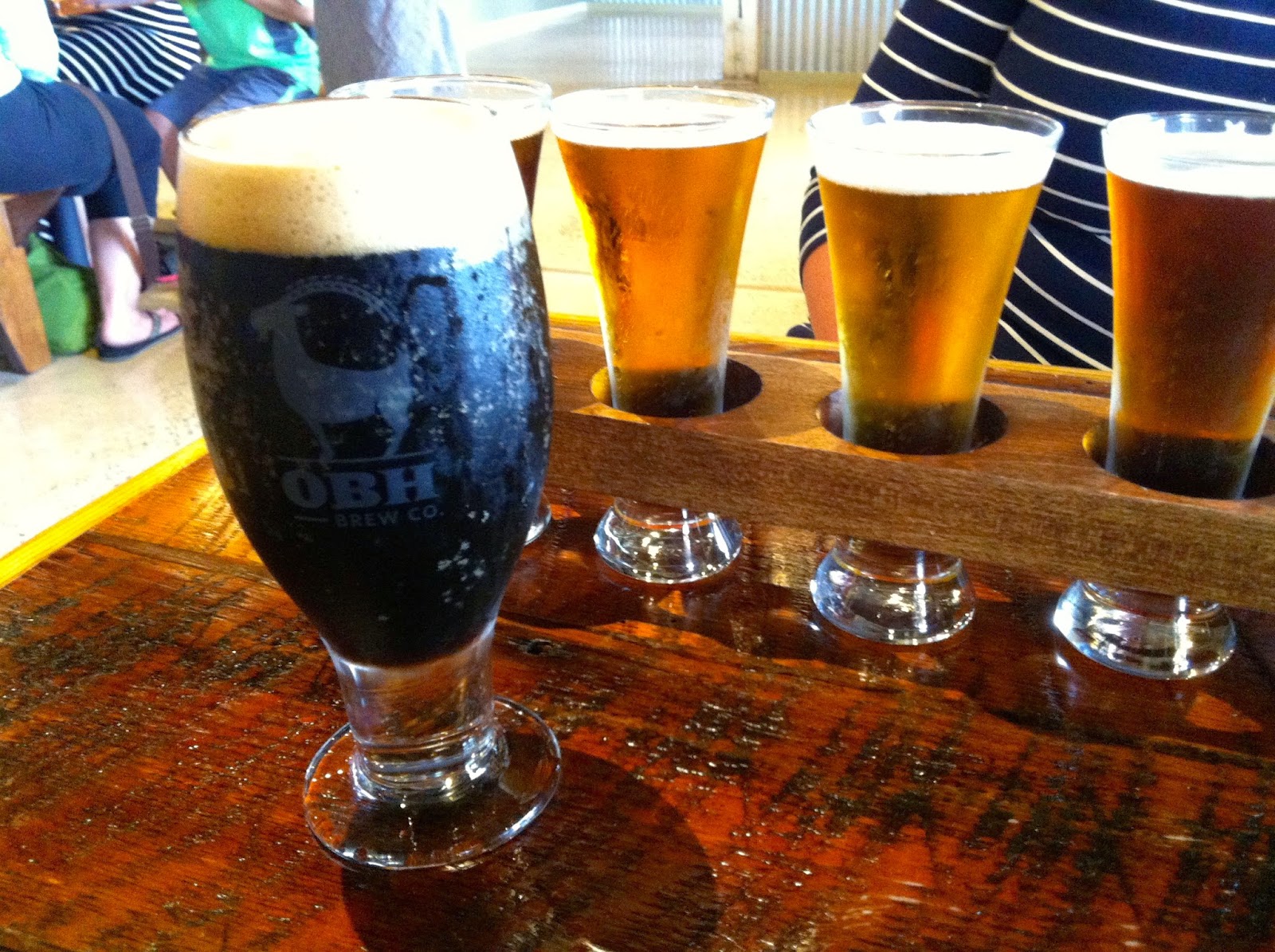 We had plans to enjoy dinner at Black Bear Bistro in Warrenton before heading home, so after we finished our beers we headed out, but not before Colleen won an Old Bust Head koozie in one of the free raffles. I expect we'll be making regular visits to Old Bust Head, the beers are excellent and the drive not that long.