Despite it coinciding with Virginia Craft Beer Month, our week on the Outer Banks, provided an opportunity to focus my beer explorations on beers from North Carolina. The sixteen different beers I had during our week, were but a small piece of the variety offered by local brewers. About half of those beers were enjoyed fresh, right at the source, at Full Moon and Weeping Radish breweries.

With one exception, I avoided the Western breweries that had recently moved to the state, since those are readily available at home. It did cause me a moment's pause when viewing the North Carolina beer shelf at the Trio Wine, Beer and Cheese store I spied the cans from Oskar Blues, a brewery I still associate with my trips to Colorado. 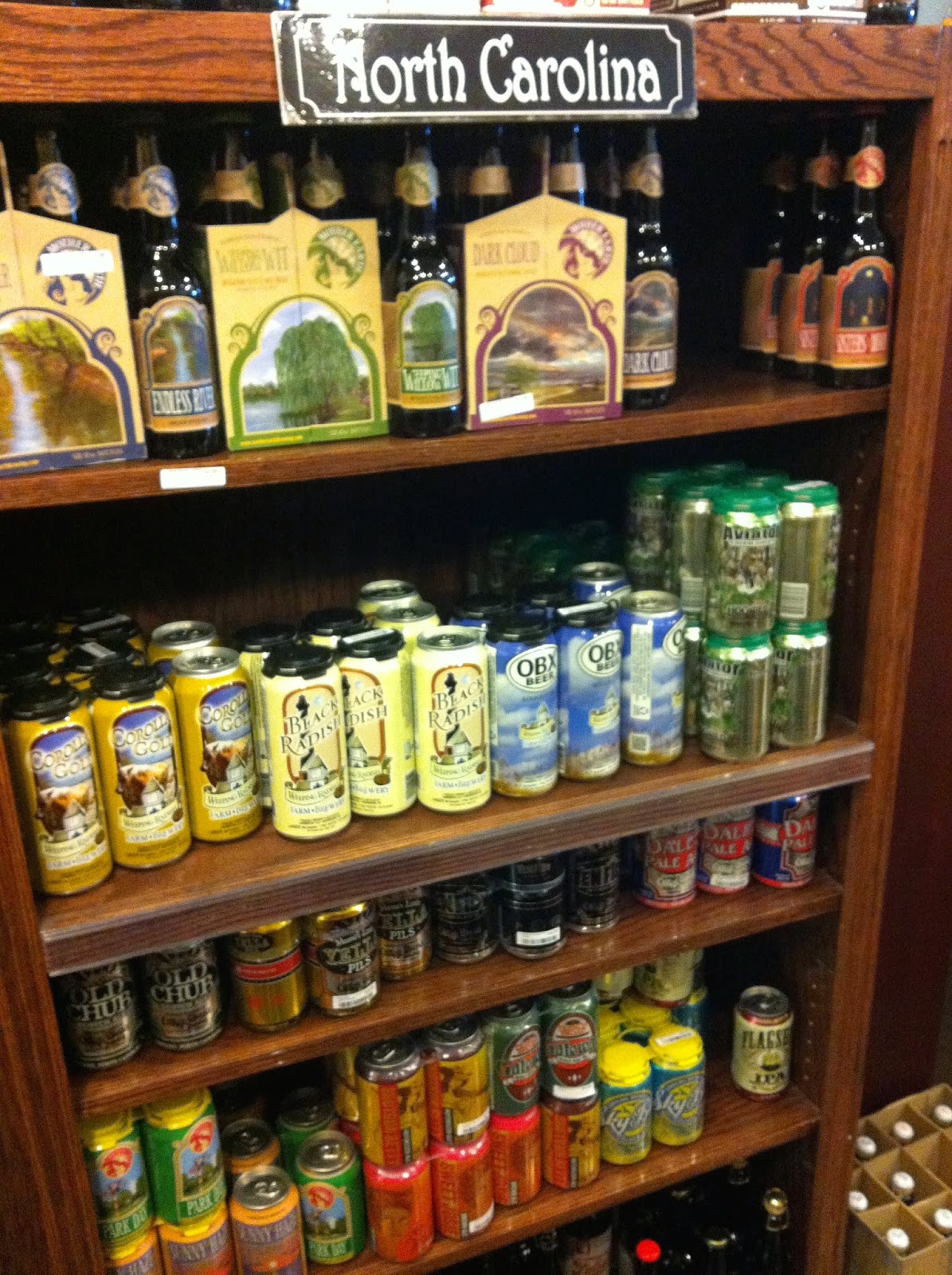 We only brought a few beers home with us, in contrast to last year when I struggled to find room in the beer fridge for the beer bounty. We did indeed bring back many good memories.