We headed out Thanksgiving Eve for a quick meal at Park Lane Tavern. The beer menu at Park Lane is fairly static, but it's the rotating tap list that typically gets my interest. This evening the cask selection was Starr Hill Soul Shine, a Belgian-Style Pale Ale. I find that with this style, it's hit or miss if the beer tends towards "Belgian" or "Pale Ale." Though either end of that spectrum is fine with me. 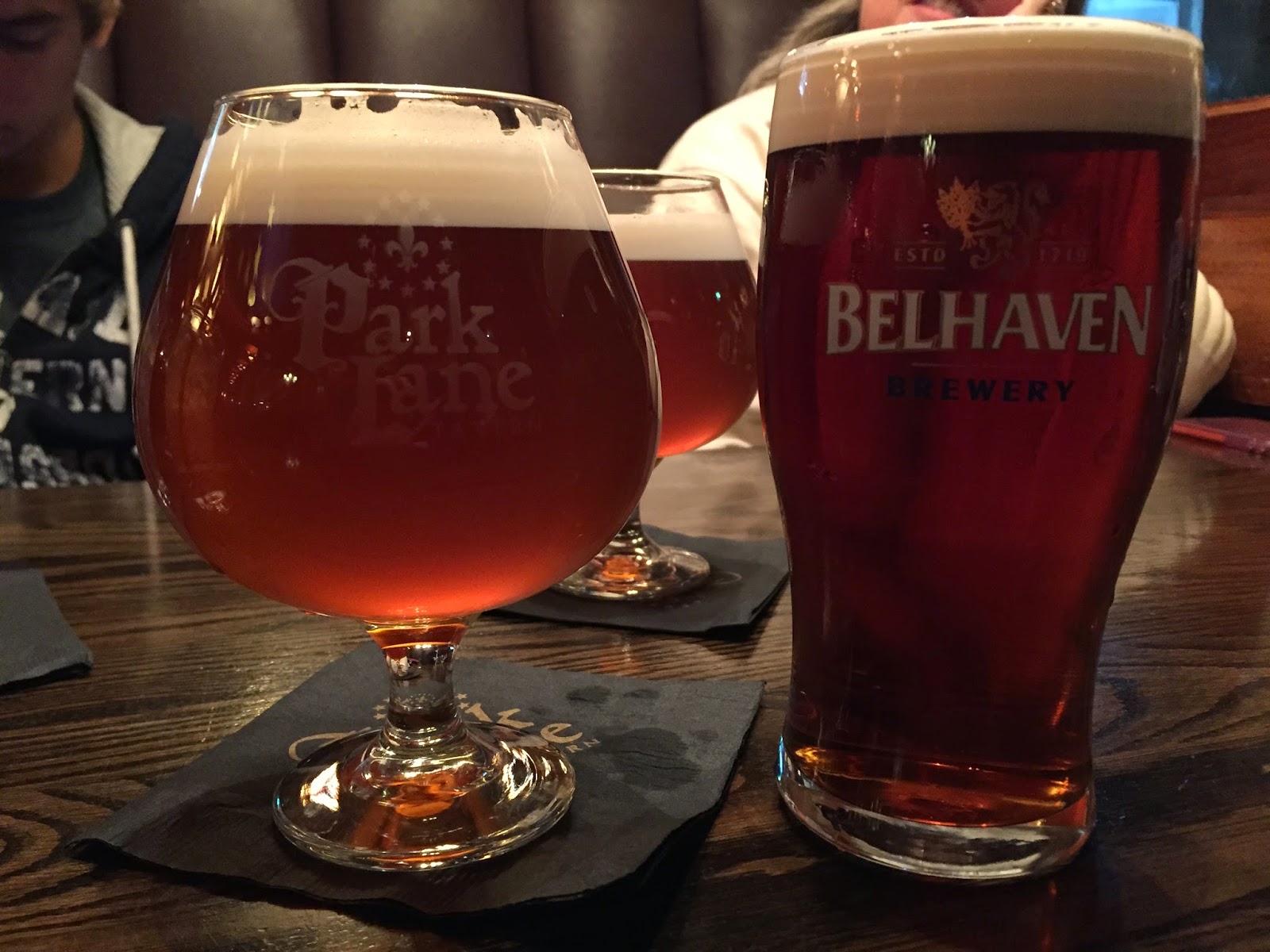 The beer was served in 20 ounce snifters, and sported a thick creamy head. Copious bubbles were still rising to the top as the glasses were set before us, and we thought at first it was a nitro pour. Reaching for the glass I could tell that it was coming out at a good temperature as well.

The aroma was that of citrus, with some earthy Belgian yeast. There was also a hint of peppery spice. The flavor brought forth more of the Belgian yeast spiciness, but the citrus notes certainly came forward as well. A bit of sweet biscuity malt rounded out the flavor profile. The finish was clean with very little aftertaste.

A prominent feature of the beer was the creamy mouthfeel. Despite this being a Summer seasonal from Starr Hill, it was my first time drinking the beer. I don't know how much of the creaminess was from the cask serving or if the beer has a naturally smooth mouthfeel. It certainly merits further research. In any event, we enjoyed Soul Shine quite a bit, and the cask serving seemed especially well-done. I expect it'll show up again, as Starr Hill beers seem to make the rotating cask list frequently at Park Lane.