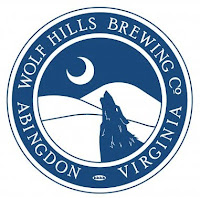 This is exciting news for fans of Wolf Hills, and Virginia craft beer in general. Congratulations to Chris, Cameron, and the entire team at Wolf Hills.
Mused by David No comments:

The Northern Virginia Summer BrewFest was held this past weekend in Leesburg, VA. Colleen and I made a late afternoon visit to the festival on Sunday. The temperature was near 100° when we arrived, and there was a very brief afternoon thunderstorm, but neither dampened the spirit of those in attendance. It is after all, the Summer brewfest.

Due to schedule conflicts, this was the first beer fest of 2010 that I've been able to attend, so I was looking forward to the day. I always run into old friends here, and without fail make a few new ones. That is a greater reward than the good beer at hand. But, the beer is not to be ignored! Our first stop was the tent of Mad Fox Brewing Company, soon to open in Fall Church. The local chatter this past week was that Bill Madden would be bringing firkins of the first beer brewed at the new site. Sure enough, his American Pale Ale was being served "Zwickelbier style." The firkins were filled directly from the fermenter, and the fresh beer was experienced the same way the brewer first experiences it. Bill told me that the beer was brewed just two weeks ago. The beer was unfiltered and still had suspended yeast. The American Pale Ale was robust with Centennial hops and full of flavor. I found myself going back for seconds.

There were a number of interesting beers being served Sunday. Another standout was the Victory Scarlet Fire Rauchbier. This smoked beer is typically available only at the brewery in Pennsylvania. Smoke beers can be hit or miss for me, and this one was a hit. The smoke flavor was strong, but not overwhelming. I could detect bitter citrus hops and a caramel malt base. New Holland is another brewery I typically look for as Dr. Joel usually brings along a treat or two. When I checked in with Joel he told me about a beer that soon lost me in it's description; pears, raspberries, chardonnay barrels, and on he went. I'll admit that he almost lost me with the fruit, but we had a go at it anyway. Envious was darker than I expected, with a complex mix of chocolate, molasses, fruit... I'm still not a fruit beer guy, but enjoyed it nonetheless.

Colleen and I also sampled beers from Allagash (both the Black and the White), Clipper City, Lagunitas, and Founders among others. We were also pleased to spend a fair amount of time chatting with long-time friend and fellow C.R.A.B.B. menber, Tom Cizuaskas. In a flash from the past, I found Tom under the Heavy Seas (formerly Clipper City) tent pulling from a fresh cask of Loose Cannon. Loose Cannon on cask remains one of my all-time favorites, so I of course did not pass up the opportunity to enjoy it once again.

Beer is not the only culinary delight to be found at beer festivals. This weekend Colleen and I discovered a wonderful bakery from North Carolina, Elaine's Slices of Heaven. Elaine had a wide assortment of fresh baked breads, and she treated us to numerous samples. It was tough to decide which we wanted to take with us, but we eventually left with a loaf of a bread labeled Morning Glory, described on Elaine's website as a "delectable blend of carrots, raisins, apples, coconut, & pecans." Despite my premonitions, we managed to get the bread home without consuming it in the car.

The crowds were light Sunday afternoon and we never waited in line for a beer. That's certainly a mixed blessing. This festival, along with the sister event, the Northern Virginia Fall Brewfest, provides an excellent, well-organized venue for enjoying a variety of craft beers, including ones you won't find elsewhere. The events deserve to be well-attended. Perhaps I'll see you this fall in Centreville?

I was lazy and didn't even bring along a camera. However, Tom Cizauskas has posted numerous photos from the BrewFest here.
Mused by David 1 comment:

The Brewers Association recently posted an interview with brewer Chris Burcher of Wolf Hills Brewing in Abingon, VA. In the interview Chris relates a problem any new brewery would probably envy; too much demand. Wolf Hills had to pull out of most restaurants in their area because they couldn't keep up with demand. Currently their major distribution method is the weekly "growler hours." However, in order to meet demand, the brewery is expanding. Chris reports they are increasing production from a 4 bbl a week capacity to 14. Brewery tours are also in the planning for the future.

Wolf Hill Growler Hours are held every Thursday at the brewery from 5:00 PM till 8:00 PM. See the Wolf Hills website for more details. You can also keep up with the brewery expansion work at their Facebook page. The Brewers Association interview is here.

Wolf Hills is garnering a lot of attention these days, tho' I'm still waiting to get my hands on some of their beers. (HINT)
Mused by David No comments: 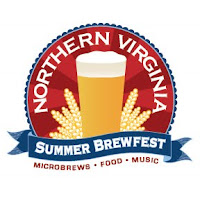 The participating breweries for the Northern Virginia Summer BrewFest have been posted. The festival folks sent this note today.


BREWERIES FOR 2010
We are pleased to announce the list of participating breweries for the 2010 Northern Virginia Summer BrewFest.

The actual brewery list is buried a few clicks deep off of the link listed in the press release above. You can find the list directly here. That's 58 breweries from which to choose!

Don't forget, the World Beer Festival is this weekend, June 12, in Richmond, Virginia. We've been waiting for years for the All About Beer folks to bring their magic to Virginia. Daniel Bradford made an appearance on Richmond's WTVR to give us a preview.

There's still time to get tickets.
Mused by David No comments: