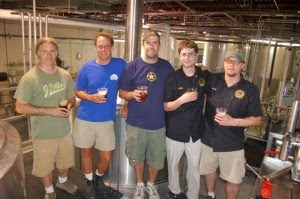 Nelson County Life has photos from the brew day, along with more information. Brewer Jason Oliver was also featured in a video interview with Charlottesville station NBC29.

See this post for details on how you can win two free tickets to the Brew Ridge Festival.