Archangels, Intercede For Us

September 29 is the Feast of the Archangels — St. Gabriel, St. Raphael and St. Michael. These are trying times for Christianity and freedom in general, both at home and abroad, with attacks coming from many directions. Governments around the world, sadly our own included, are creating laws to restrict the free practice of religion. Unbelievably, people actually stand in the street proclaiming how proud they are to have killed their own children. The satanic forces of islam continue hundreds of years barbarism and remain relentless in attacking and killing Christians around the world, including right here at home. The list goes on. To anyone paying attention, it's obvious that evil has a foothold in this world. 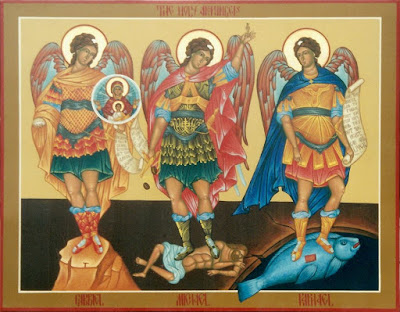