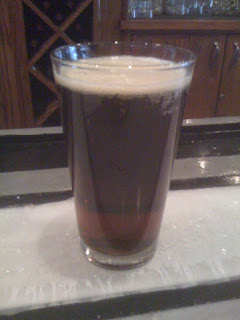 I enjoyed my brief visit to "Virginia Beer Day" and I got to try out two, new-to-me beers. Since this is a weekly event, I look forward to returning again to support our local breweries.