I'd been trying to get back to Adventure Brewing to try out their Bobsled Winter Ale for several weeks now. Life kept getting in the way, but Colleen and I finally were able to stop in this weekend. We had a laugh when we saw the TV behind the bar was tuned to a curling match — a winter sport to accompany a winter beer 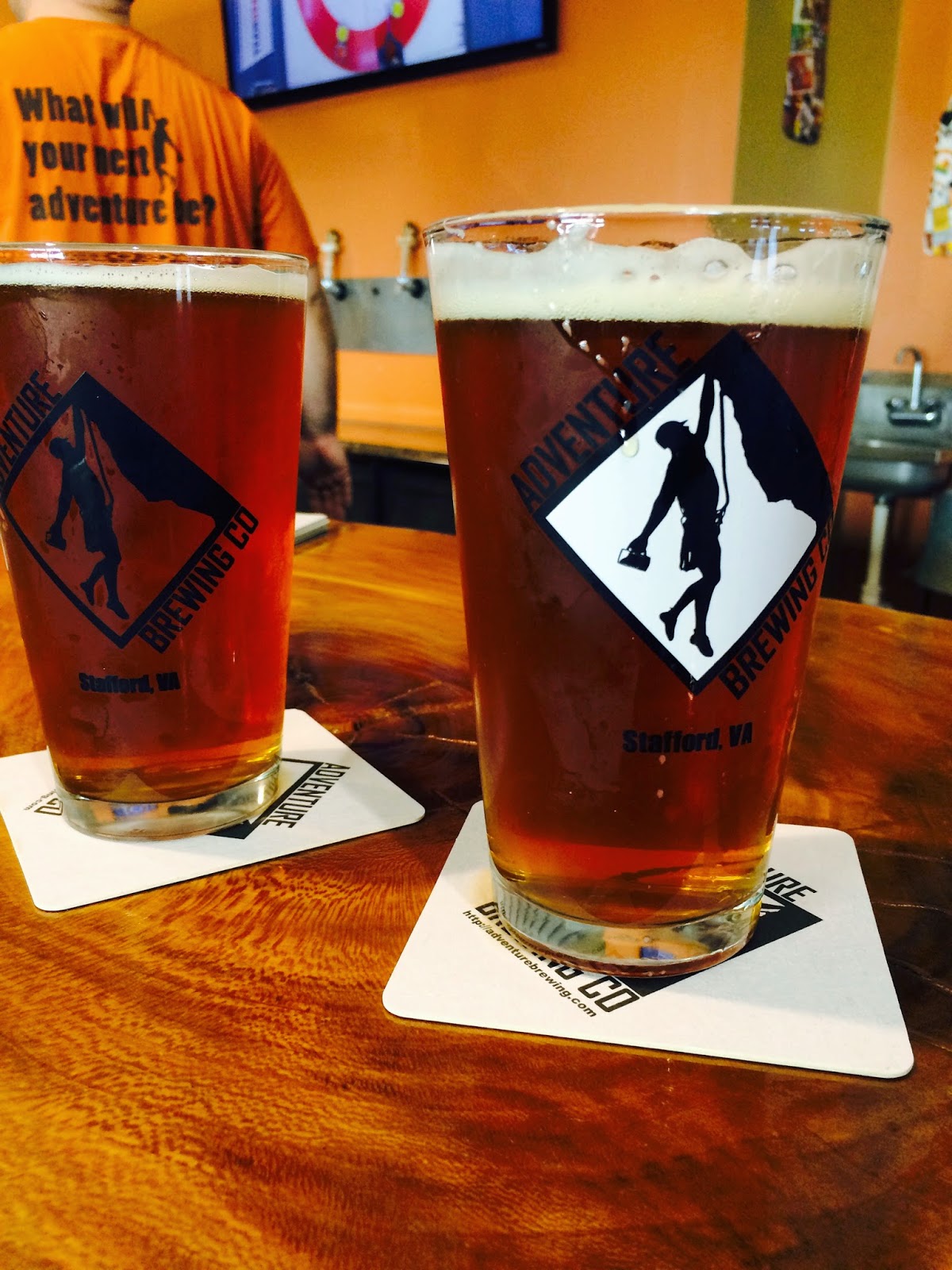 Brewed with orange peel, cinnamon, ginger and allspice, Bobsled Winter Ale pours a bright copper-orange color with a thin white head. The aroma gives a hint of the flavor to follow, though a subdued hint. Even in the taste, the "winter spices" are balanced, giving the beer a bit of zing but not overwhelming. The spice and a mild bitterness lingers in the finish. At 5.7% ABV with a light body, this tasty ale is well fit for a Sunday afternoon of sipping.

We may have laughed at the sight of the curling broadcast, but soon enough we were enthralled by the "drama" between the women from China and the United States. Ironically, at the same time I was checking on the progress of an east coast winter storm headed our way, despite the 50 degree and sunny weather outside. As Colleen noted, "It's Winter in Virginia."