After my extensive practice session at the range last weekend, I headed down to Capital Ale House for dinner and drinks. When the bartender queried, "Something hoppy?" I nodded and replied, "What do you suggest?" It's good when the staff knows your preferences. He suggested Road Warrior, a Rye IPA from Green Flash Brewing, a new beer to me, and to which I had no objections.

I was somewhat surprised to see the snifter of dark beer set before me. Road Warrior pours a dark garnet color with a thick, persistent beige head. The aroma is that of dark fruit and caramel, with citrus and pine as well. It was an aroma that was very enticing and a foretelling of the flavors to come. The taste is only slightly sweet, with rich citrus and pine flavors taking dominance over the rye and caramel malt base. The 9.0% ABV gives a bit of warmth, but for the most part is well-hidden. Though a big hoppy beer, it was surprisingly balanced for a Green Flash creation. I was sorely tempted to order a second glass to accompany my Chicken Tostadas. 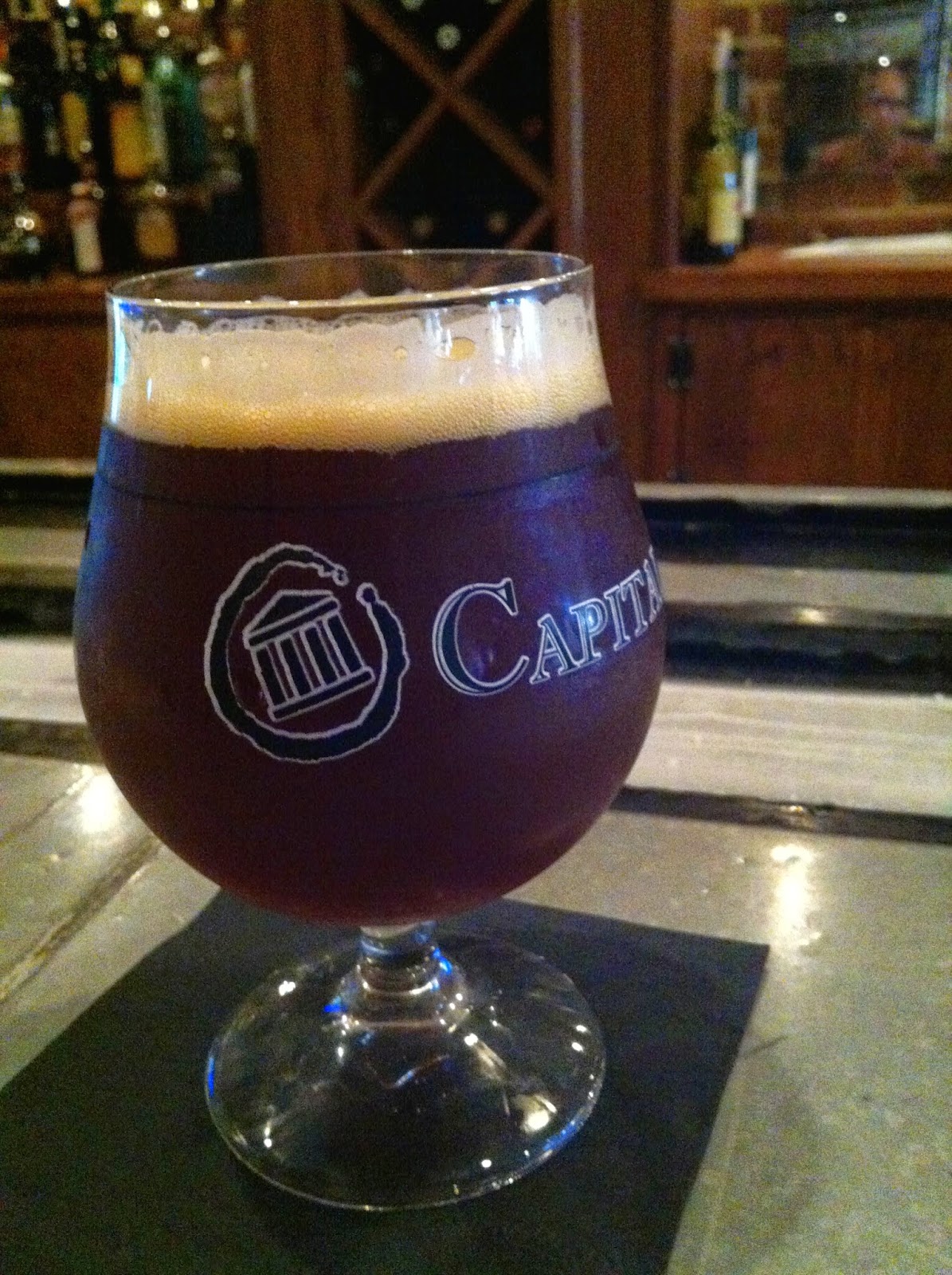 However, my enjoyment of variety led me to place my trust in the bartender to pick yet another round for me. This time he arrived with a glass of Stone Brewing Enjoy By 07.04.14 IPA. This is one I enjoyed when the keg was first tapped last week. In contrast to the evening's first beer, this one is a bright, translucent golden color. Also in contrast to the malt richness of Road Warrior, this one features pure citrus hops. Enjoy By is a brash, highly citrus hopped beer — balance isn't a word I'd use here. It's for the hop head pure and simple. And I enjoyed it, again, immensely.

I was having such a good run at not selecting my own beer, I opted to try for one more. There was a new bartender on duty, and I requested she continue the work started by her co-worker and pick another IPA for me. She came back with Shipwrecked Double IPA from Mission Brewery. Another excellent selection, Shipwrecked returned to the malt-rich side of the IPA spectrum. Though not as dark as the Road Warrior, the aroma and flavors are full of pine and citrus hops with a sweet caramel base. This one could almost be taken for a Barleywine.

I had a fun, and tasty, evening under the direction of the Capital Ale House experts. By this time in the evening my tastebuds had been through a workout, but an enjoyable one at that. As it got later, the crowd at the bar started trending to the 20 and 30-something crowd. Though entertaining, the arrival of a large after-wedding party made me decide it was time to call it a night.