I awoke on Sunday morning to the sound of rain, and it wasn't light rain. Grabbing my phone I quickly checked for any word of the scheduled IDPA match at Cavalier. I saw a post on the club's Facebook page that simply, "Make sure you are ready for some rain." It's been since September when I was last at Cavalier, and I was relieved that the match was on. However driving through the intermittent heavy rain on the way to the range I was admittedly having second thoughts.

Three quick, fun stages awaited the 26 dedicated shooters who showed up despite the wet weather. The first stage our squad shot was a complex course of fire with six different points of cover from which to shoot the 6 paper and 4 steel targets. The winding path through the walls left from last weekend's USPSA match provide some moderate leans and tight shots. I shot the stage 2 points down, but ran the course much slower than I would have liked. 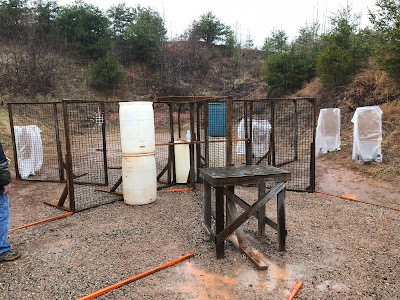 The next stage started by engaging two paper targets on either side of the bay, before moving forward to the end of a wall. From that point we found three steel and two more paper targets. Moving to the opposite side of the wall, we finished on two remaining paper targets. 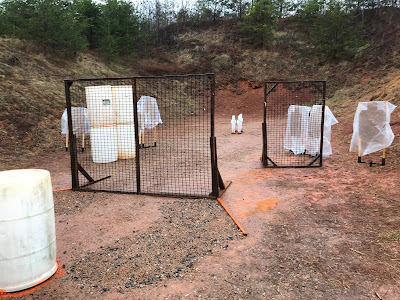 The final stage was shot while seated. For this course, the shooter and the paper targets were under cover. The four targets requiring three hits each, and four falling steel made for a quick run. I was happy with my run, except a couple of the steel targets jumped out of the way of my bullets, requiring some make up shots. 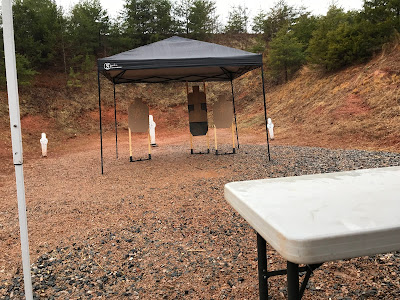 The match ran quickly with the small squads. We were done shooting in just over an hour. Even with the constant rain, and associated troublesome plastic bags and wet pasters, the match was a lot of fun. Thanks to the dedicated match staff who came out despite the inclement weather we got in a great morning of shooting. After a lot of tire spinning, and back and forth rocking, I was able to extricate my vehicle from the muddy parking area and head home to a warm cup of coffee.

Overall I was pleased with my accuracy, just 4 points down for the match, finishing 9th of 26 overall and 2nd of 6 in SSP SS. I did shoot more slowly than I would have liked, and wasted some time on make up shots that I didn't need. This was just the first match of 2018, there are many more to go and there will be much practice time in between. Now it's time to prepare for next weekend's match, weather permitting. 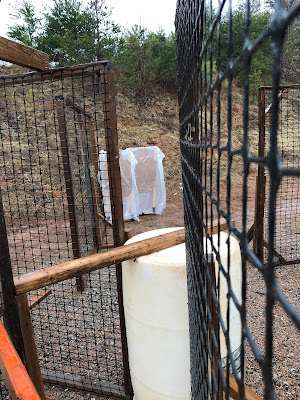