"Finally." That was the common refrain heard at Tuesday's Hardywood Park Brewery release party and Steal the Glass event at Capital Ale House. The Richmond brewery's beers have been available around the Richmond area, and I even saw them a couple weeks ago in DC, but alas, they've not been available in Fredericksburg. Now, the long wait is over. It was a large and enthusiastic crowd that celebrated at Capital Ale House.

Six Hardywood Park beers were being poured, either as a flight of samplers or in individual full servings. Colleen and I both ordered flights, the purchase of which included a Hardywood etched logo glass. The featured beers were Singel, Extra Special Burly Bearded Bitter, Hoperation Pink IPA, Gingerbread Stout, Raspberry Russian Imperial Stout and Sidamo Coffee Stout. 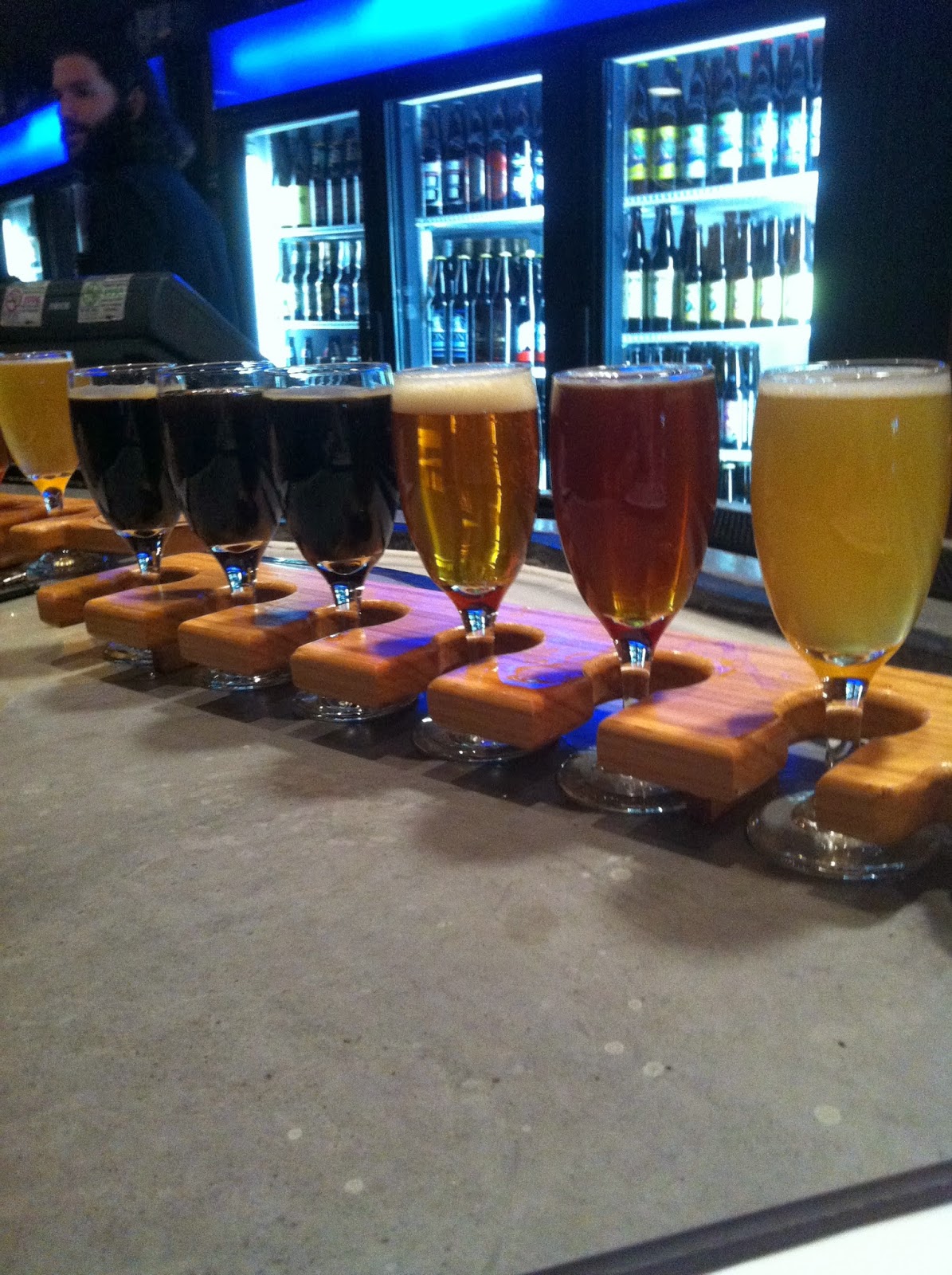 So often, there is at least one underwhelming beer in any sampler flight. That's just the nature of individual preferences. But not so this evening. I drained each glass dry. After the event, Colleen and I were discussing the Hardywood beers, and we both agreed that we enjoyed each and every one of them. The Hardywood Gingerbread Stout is a very popular and sought after beer. We enjoyed it last week at Mekong in Richmond. However, for me a couple other beers stood out even more than the Gingerbread Stout.

Of the three Stouts being served, the Sidamo Coffee Stout was my favorite. It was rich with the flavors of dark chocolate, dark roasted coffee and molasses. Slightly astringent, it left behind a lingering coffee bitterness. I look forward to finding Sidamo on my local store shelves.

My top pick for the evening though was the Hoperation Pink IPA. I was not alone in my selection of this "winner" and many folks I spoke with expressed the same sentiment. The beer is brewed with pink grapefruit zest, and dry hopped with Citra hops. The result is a juicy, fresh, citrus aroma and flavor. At just 6% ABV it was a flavorful but not "big" beer. Hoperation Pink was brewed once as a collaborative effort of several local female brewers in order to raise funds for women's health issues. It's a very well-done beer that I hope will be brewed again.

I had the opportunity to talk a bit with Hardywood co-founder Patrick Murtaugh and Brewer Rachael Cardwell. Rachael used to be a manager at Capital Ale House and I could tell she was excited to bring the kick-off event to Fredericksburg. She and Patrick shared some plans for future beers, and let us know that most of the beers could be purchased locally starting the next day, Wednesday, January 8. I'm pretty sure I'll be doing some more in-depth reviews of Harydwood Park's beers very soon.