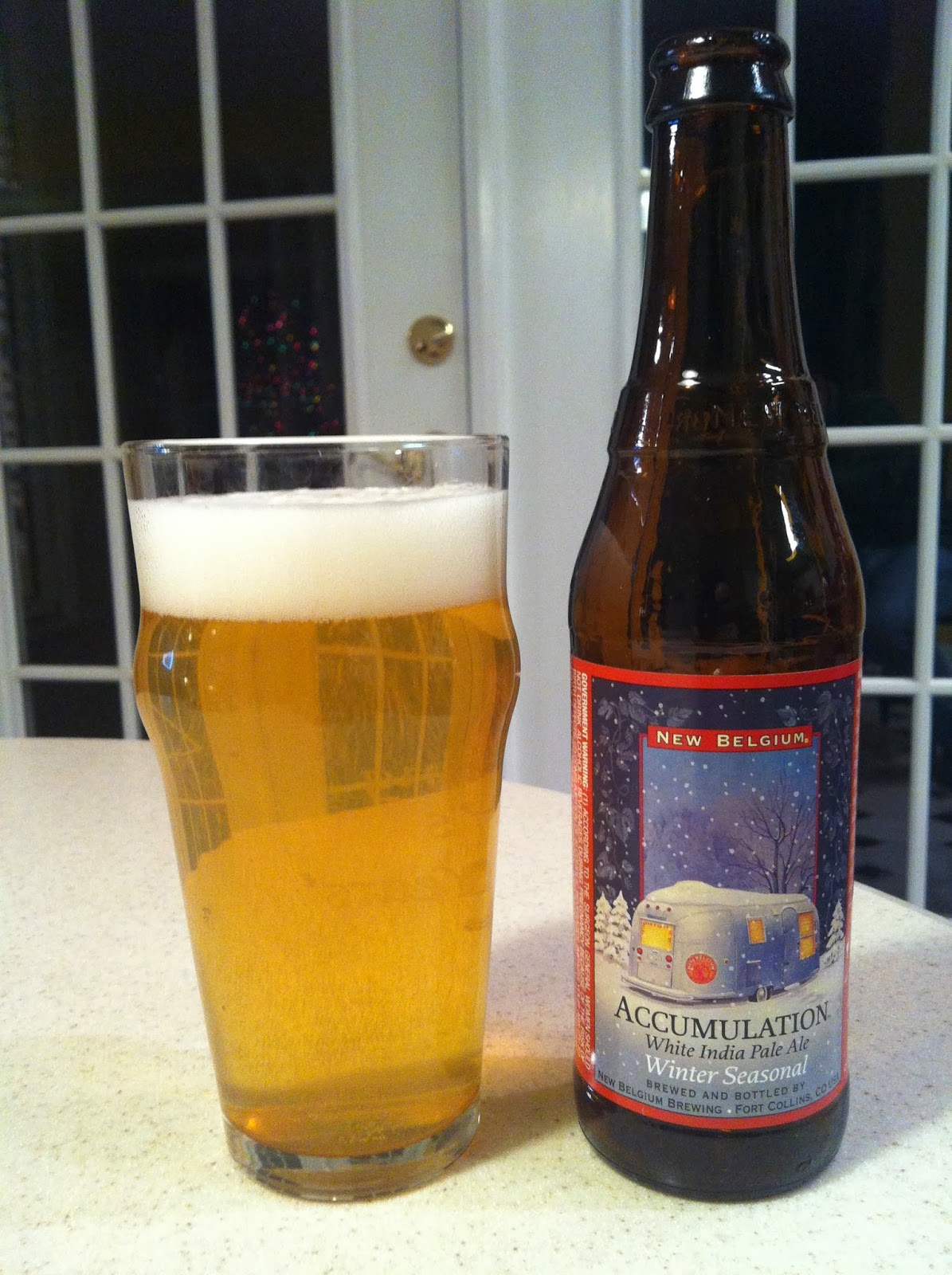 We discovered this one quite by accident. While shopping in preparation for our annual Epiphany party, I spied a mixed case of New Belgian beers at the local warehouse store. I picked it up on a whim. Returning home with the beers, I realized the box was heavy in the ubiquitous Fat Tire, and the other more interesting beers (to me) were limited in number. During the party, some of our guests were very pleased with the Accumulation White IPA. This is one I'd never had, but fortunately a couple of bottles were left at the end of the evening and we got to try it out later.

I've tried a few other "White IPAs" recently, and have not always been impressed. I think it's hard flavor combo to pull off. Fortunately New Belgium's Winter seasonal Accumulation turned out to be quite tasty. The beer pours a very clear, straw yellow. The bright white head is thick and creamy. The aroma has citrusy grapefruit and lemon, with a slightly fruity aspect. The flavor is a blend of grapefruit and lemon zest, along with a bit of fruit. There's a hint of grassiness that adds some bitterness to the mix. The mouthfeel is light and zesty. The low 6.2% ABV gives no influence over the flavor profile. The overall flavor is that of a mildly hoppy IPA, but with a twist of a hefeweizen thrown in. It's an interesting combination, that actually works.

New Belgium Accumulation is a one-off Winter release from the Colorado brewery.  It's an interesting switch from the typical "winter beer." Admittedly, I am not so sure I would have been interested enough to buy a six-pack had I spied it at the store. However, I am very happy that it was included in my serendipitous purchase.