We loaded the candy bowl, poured a couple glasses of Southern Tier Pumking, and waited. Since Halloween fell on a Friday this year, we assumed there would be larger than usual crowds, and the Trick or Treating would go on later in the evening. Not long after I poured the beer, the doorbell rang and it began.

Pumking pours a bright orange color with a thin head. The aroma of pumpkin pie and sweet malt is apparent immediately. The expected pumpkin pie spices are present, but to my delight, the aroma of pumpkin flesh is there as well. The flavor is that of real pumpkin pie — the bready crust, the sweet pumpkin flavor, and just enough cinnamon, nutmeg and vanilla to complete the picture. There's a moderate amount of carbonation to liven things up. The 8.6% ABV is well-masked but gives just a welcome hint of warmth in the finish.

For the first part of my glass I was up and down answering the door. But as quickly as it started, the candy-hunting visitors stopped. There were but a few busy moments, everyone coming in groups. Apparently the latest thing is to decorate your car with Christmas lights and drive from house to house with a carload of kids. Even for driveways twenty yards apart the cars were reloaded to drive to the next stop. At one point our cul-de-sac was so backed up with cars that some had to back out of the street. It seems to me that walking, as we used to do, for Halloween would be a dangerous prospect due to the vehicle heavy traffic. 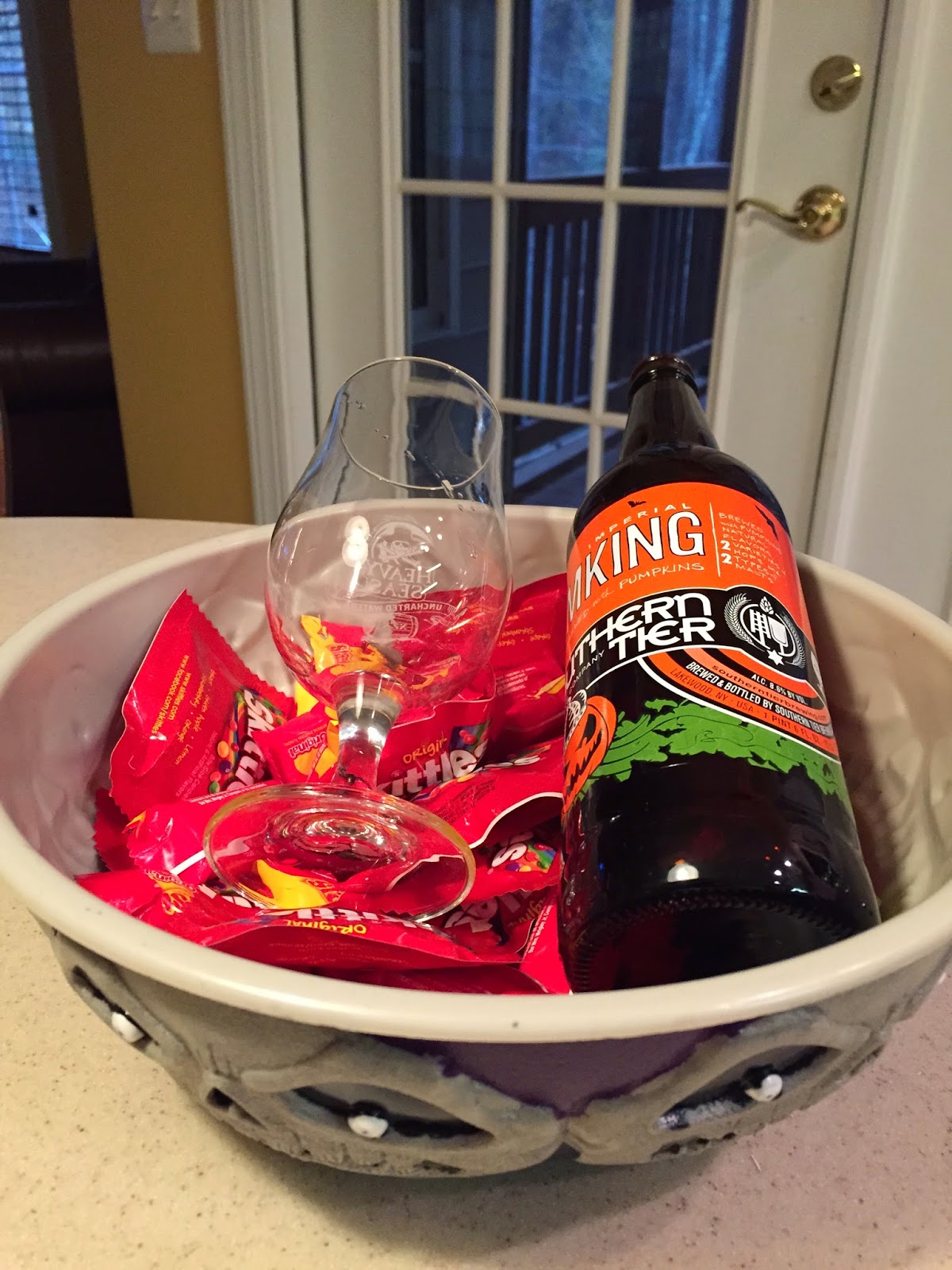 The beer glasses empty and the candy bowl still half full, the festivities ended earlier than expected. And there's a lot of candy left to tempt us in the coming days.