Last Friday, Adventure Brewing loaded the Randall with orange peel, lavender and vanilla beans, and was pouring their Pale Ale through it. Colleen and I made the short drive up I-95 to try it out. Before we go to the evening's special, though I ordered a glass of Pumpkin Patch Adams. Adventure's seasonal pumpkin ale has a very nice pumpkin flavor to it. The pumpkin pie spice component completed the picture with hints of ginger and allspice. It's one you'll want to try before it's gone.

Next we ordered glasses of the enhanced Pale Ale. The orange peel contributed significantly to the aroma. Almost to the point of making me wary of taking that first sip. However, I needn't have worried. The orange flavor was more balanced in the flavor, with the vanilla softening the citrus. The lavender provided just a touch of floral the profile. The mouthfeel was almost creamy with low carbonation. The beer reminded me very much of the Orange Creamsicle pops I enjoyed as a kid. 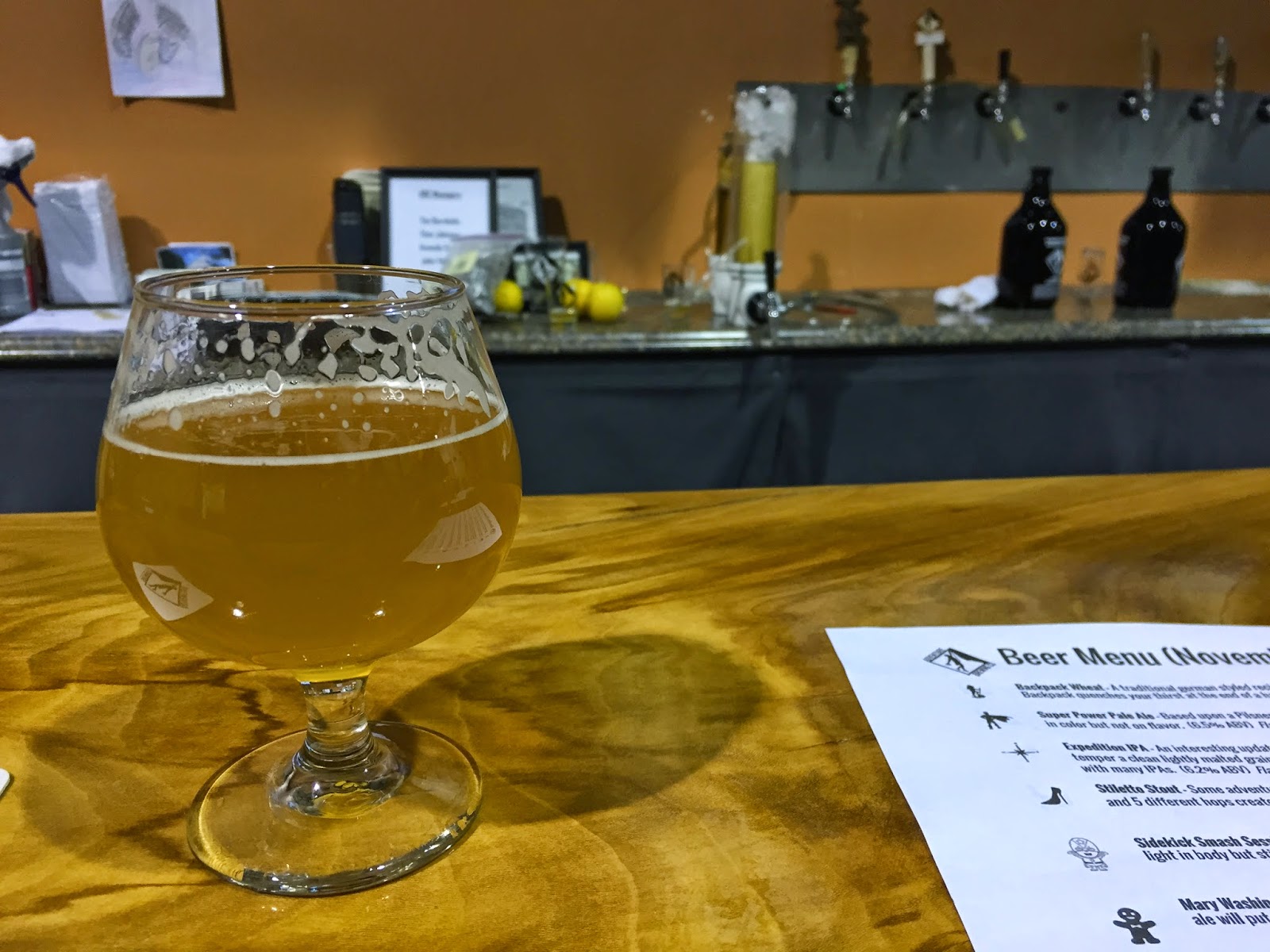 STEVE-O's BBQ, Burgers & BACON was also on hand to keep us fed. We opted for Steve's burgers, accompanied by his popular tator tots. Steve was introducing a new variation this evening, bacon wrapped tator tots. Of course we had to try them — because, bacon. The tots were topped with a bit of BBQ sauce creating quite a tasty side dish. After some discussion, it was our opinion that the sauce was superfluous, so later in the evening I ordered another serving, and asked Steve to skip the BBQ sauce and just use his regular tot seasoning. To my palate, this was the ticket. The bacon wrapped tator tots were quite popular, no matter how you preferred them.

I capped off the evening with a pint of Bookworm Brown Ale, to go along with that second tot order. The nutty Brown Ale finishes with a hint of brown sugar sweetness. As usual, we had a great time enjoying good beer, good food, and good conversation at a fun "neighborhood" brewery.