How I Celebrated Earth Day

I recycled. I put copper and lead back in the ground.

After work Wednesday, I headed south for the Black Creek IDPA match. I hadn't been to the weekday event for a couple of seasons, so I was looking forward to shooting it again. Black Creek IDPA sets up a quick fun match, perfect for a weekday afternoon.

All the shooting this month took place on a single stage of six targets, and consisted of five strings, for a total of 36 rounds. Three center targets were set across a table from the shooter and were always engaged in tactical priority and tactical sequence. The remaining three targets were set further back and obscured by barrels to either side. 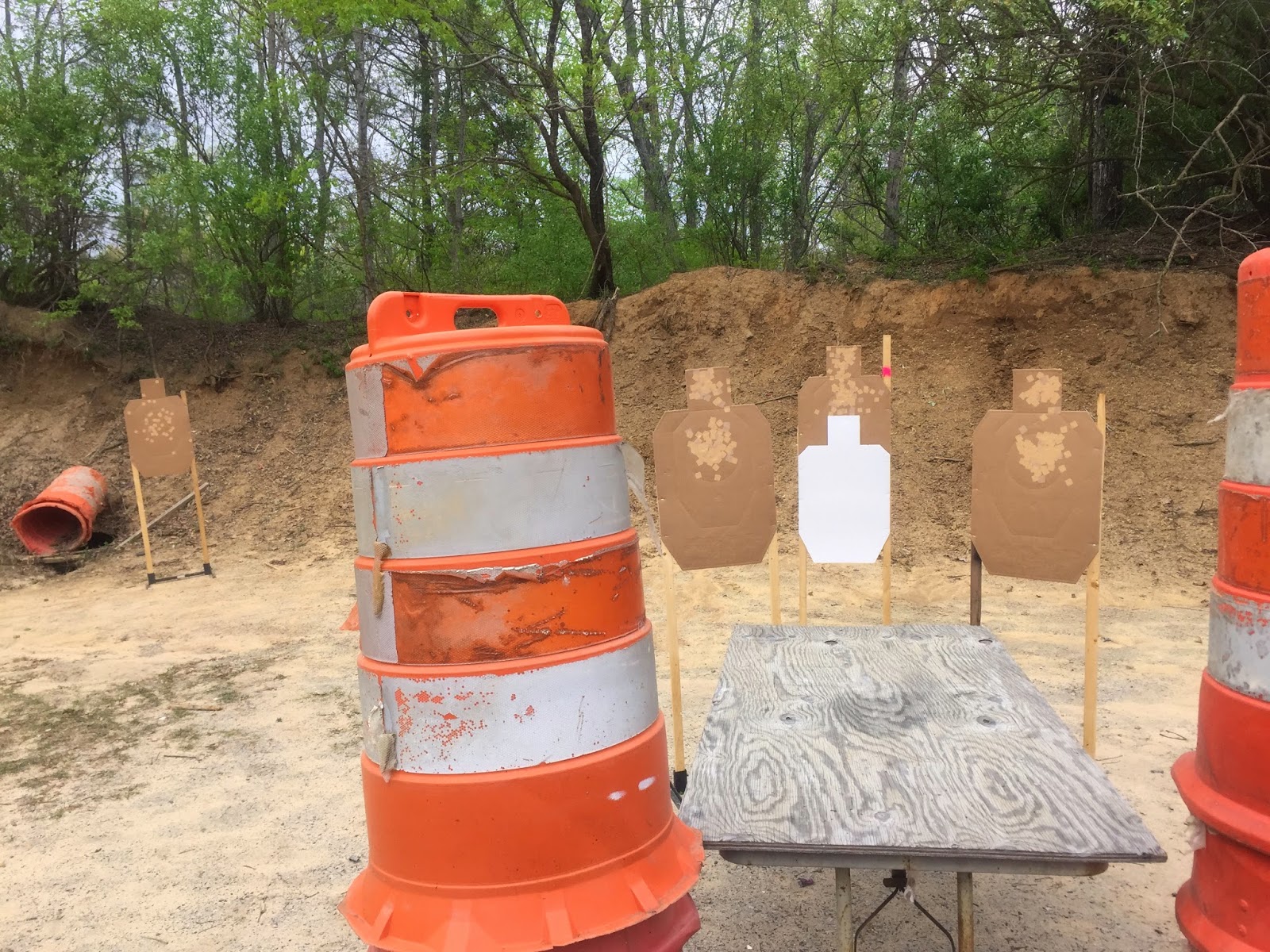 That was it. Despite the quickness of the stage — even my slow shooting times came to just 48.90 seconds total — the shoot was fun and challenging. The tactical sequence shooting still requires thought on my part after so many USPSA matches.

This quick match allows for folks to optionally reshoot with multiple guns, which I may try to do in the future. The Black Creek IDPA match is a fun mid-week diversion and I look forward to being a regular this Summer. It's a bit of a drive from Fredericksburg, as most things are. But it's not a bad drive, with 80's rock streaming from my phone...