Once again, a quick IDPA match down at Black Creek provided a fun mid-week diversion. As I walked down to the range I spotted an array of targets profusely obscured by non-threat targets. "Oh great," I thought. Then I heard something said about strong hand and weak hand only shooting. "Oh great," I thought again. And that's exactly what it was — Great!

Match Director Anton does a remarkable job of putting on a fun and challenging match in limited space. This week the array of six targets and 4 non-threats were used to offer three stages of shooting goodness. For the first stage we were seated with the loaded gun on the table for three strings of fire. Each target got one hit freestyle, then strong hand only, and finally weak hand only. After looking at the target array, I decided I was going to go for head shots only for the entire match. 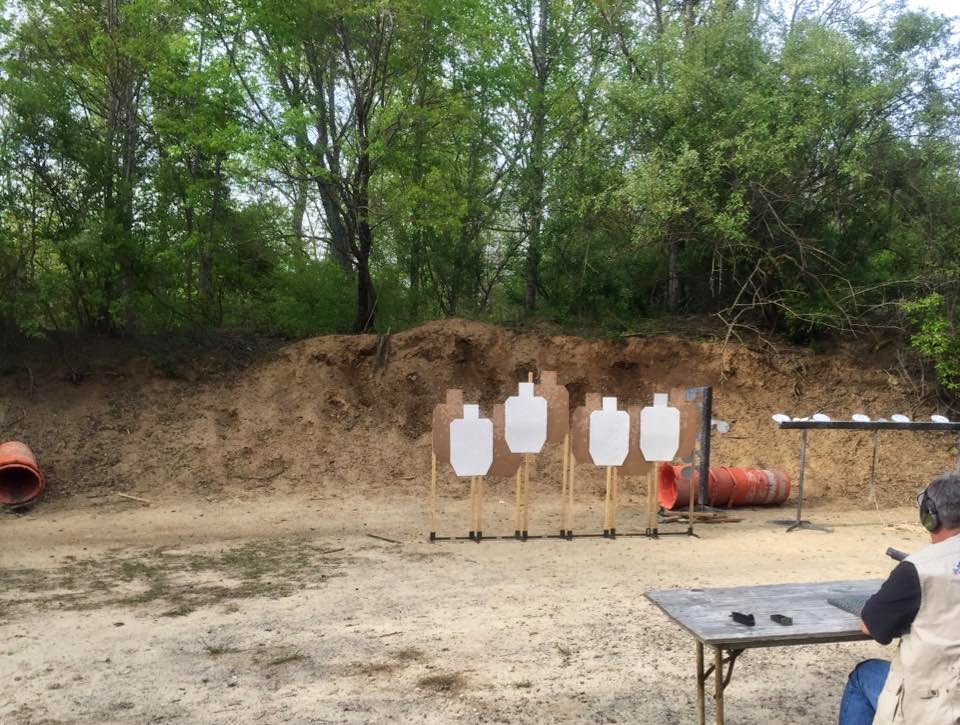 For stage two we moved back a couple yards and started facing up range hands on a barricade. The gun was downloaded to six rounds. At the start we turned and engaged each target with one round each, reloaded from slide lock and put one more shot on each target. To add to the challenge, the course description required at least one shot on each target to be a head shot.

The final stage started behind the barricade and required at least 6 shots from either side, and a minimum of two shots on each target. After the debacle last weekend on the barricade stage, I was pleased with my shooting this time. Granted the targets were half the distance away, but the available target area was cut down by about half too.

At the end, I had two hits on non-threats, and (I think) 13 points down, including a couple misses. It was a very fun match and a great practice session on accurate shooting. As I remarked to a friend afterwards, when you're shooting through a crowd, accuracy is important.
Mused by David