On Tuesday evening we enjoyed a beer and food pairing with Blue Mountain Brewery at Capital Ale House. The beers were not ones that are usually available at the restaurant, and the food dishes were specially created for the event as well.

The food was all quite tasty and the pairings worked well. The toasted smoked Gouda and vegetable brushetta that started off the evening was exceptional. A bunch of us suggested to the manager that it would make a good addition the Capital Ale House menu. I know headquarters will be getting a few emails with that same suggestion. The Maggie Maibock went well with the appetizer and was a good "easy" beer to start the evening. The salad course, though simple, was surprisingly enjoyable with the ESB.

The beer battered avocado was an unexpected treat. I wasn't sure at first how if would work, but it did. The selected beer, A Hopwork Orange, raised some questions at our table. I had the beer last year, and I recall it being candy sweet with an orange flavor. The beer poured this evening was a citrusy IPA. The brewery rep also described it has having a wheat beer base, which none of us detected.

Moving on to the main course of "surf and turf" we were treated to tender, juicy steak bits and nut encrusted shrimp. The menu noted "cocoa coconut" but the crunchy coating was all peanut flavor. The Prizefighter IPA was quite similar in flavor to the beer served in the previous course. 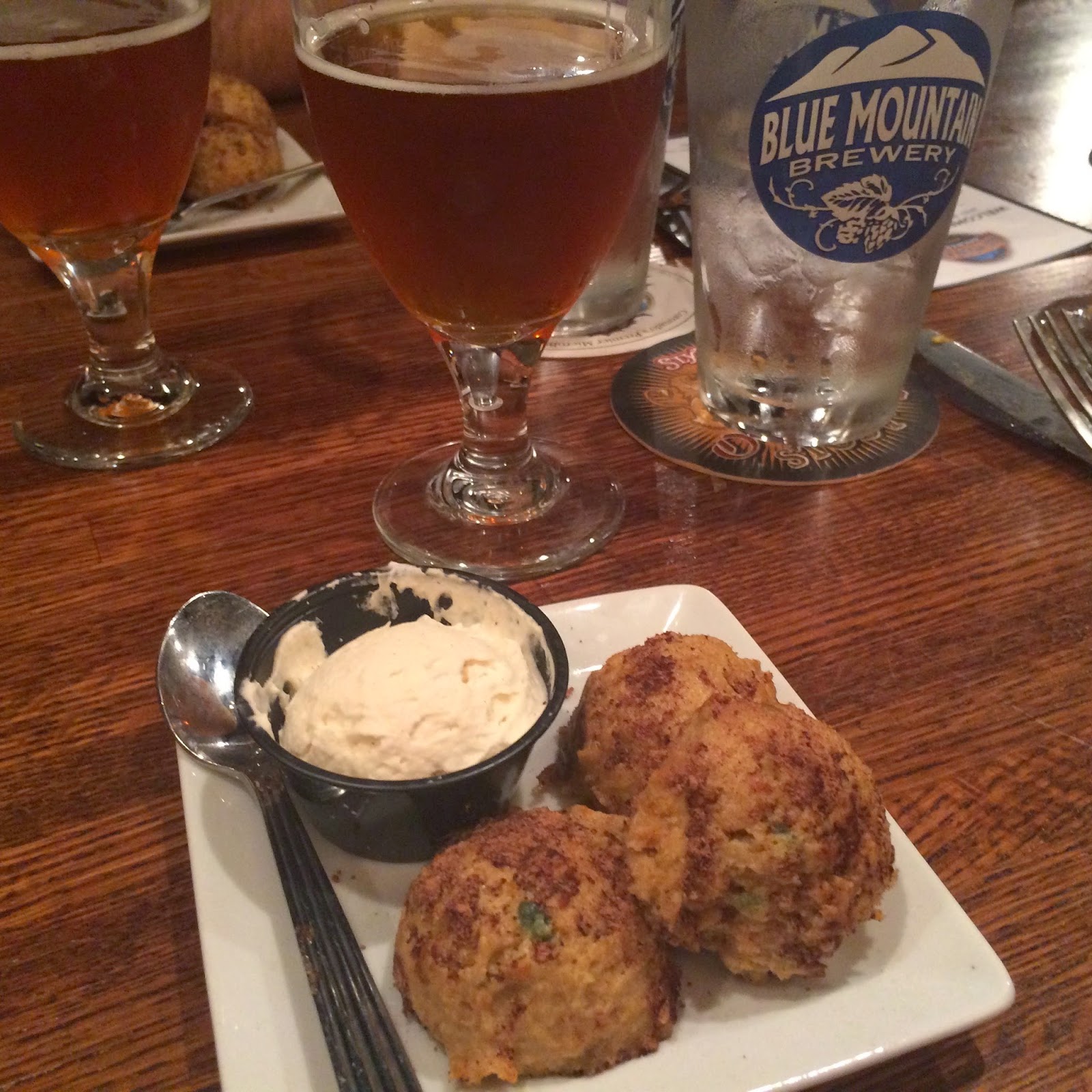 And finally dessert! The bacon and carrot cake truffles were either a hit or a miss with the diners. I enjoyed them but I saw some who rejected them outright. Local Species is one of my favorite Blue Mountain beers and it was a fitting finish to the meal.

The speed at which the courses came out seemed to be a bit rushed and I frequently found myself gulping down the last of my beer as the next course was being placed. Colleen noted the absence of any of the brewery's dark beers, and the last three beers were quite similar. But, overall it was a very enjoyable evening. The beers were all poured in generously sized samples, so there was plenty to go along with the food. The food was well prepared and as a whole enjoyed by all and the evening finished with smiles all around. It's been a long time since the Ale House hosted one of these events, and this one was very reasonably priced. I hope CAH does more of these events in the future. 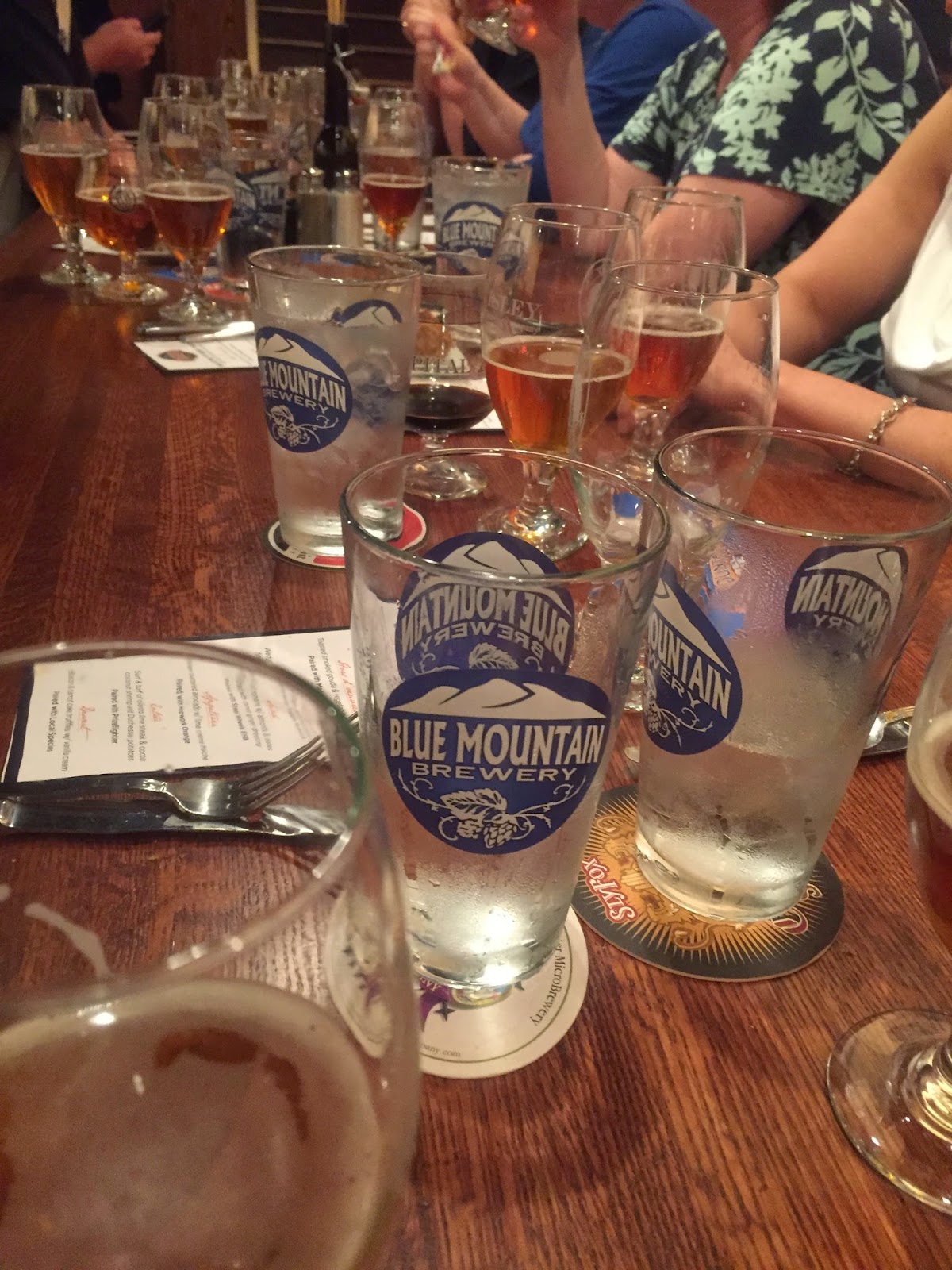 Now, I'm off to email Capital Ale House headquarters with my menu suggestion...