While strolling through Killarney one midday, we passed by Courtney's Pub. In contrast to most of the pubs we passed by that afternoon, it sounded like quite a crowd was enjoying themselves inside. We decided to stop in and check it out. We made our way to the very back of the pub before finding open seats at the bar. 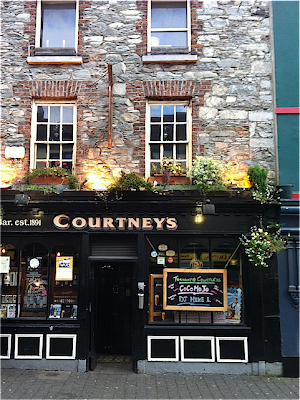 Unlike many pubs in Ireland, Courtney's boasted a large selection of Irish, and other, craft beers. I decided to take the opportunity to try another Irish brewery. We selected two beers from the Dungarvan Brewing Company in Waterford, Ireland. I ordered Copper Coast Red Ale while Colleen opted for Helvick Gold Blonde Ale. 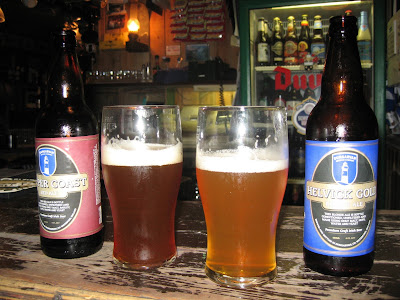 The Red Ale had a caramel and roasted flavor and a lingering bitterness in the finish. The Helvick Gold was a very nice blond ale. The aroma note bready yeast and honey notes. The flavor had citrus notes combined with a mild sweet caramel base, with a drying finish. Colleen didn't finish her 500ml bottle so I enjoyed finishing this one off.

There were other Irish craft beers in Courtney's cooler that I would have liked to try out as well. But alas, our time was limited. So many pubs, so many beers, so little time.