Back For Another Adventure

Another Adventure Brewing beer that is. Friday evening Colleen and I returned to the Stafford County brewery to check out the Bookworm Brown Ale that we had sampled last weekend. We weren't disappointed. Bookworm Brown Ale has a rich, malt and nutty flavor. The brown sugar used in the brewing gives the beer a sharp, crisp bite in the finish. More nutty, than sweet, it's quite a tasty beer. 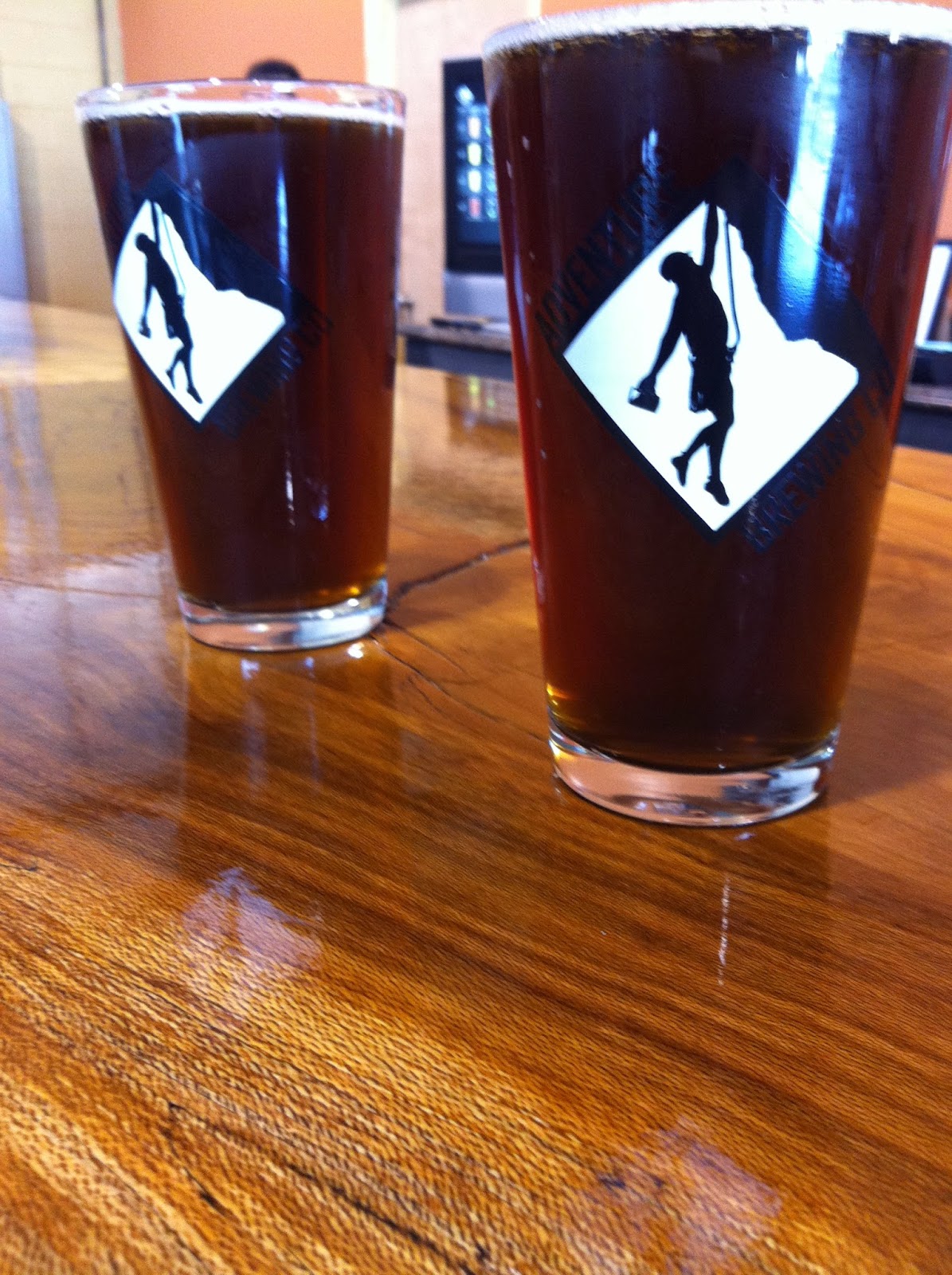 Adventure serves no food inside, but they are recruiting local food trucks to set up in the parking lot. This evening, Martina's Cantina (no website that I could find) was on hand serving up fresh Mexican-style food. One of the featured foods, that seemed to be quite popular, was the "Terminator," a burger topped with a fried egg and pull pork. Maybe next time I'll try that, but this evening we were in the mood for lighter fare. I ordered a tamale while Colleen opted for a couple of pork tacos. The dishes were topped with green salsa and cilantro creating a flavorful treat. The food is fresh and very tasty.

But now I had a quandary. I had enjoyed the Brown Ale very much, but was torn between another glass, or the Expedition IPA to go with my spicy food. I ultimately opted for a glass of the brewery's most popular beer, the IPA. I noticed a slight difference in the beer from the last time I had it; the beer was less bitter in the finish, but still with the hoppiness I so enjoyed. We were told later that the brewers had tweaked the brew just slightly in this batch as they thought it a tad too bitter previously. As expected, the IPA was a perfect accompaniment to my tamale.

Dinner finished, I switched back to the Brown Ale for another tasting. (Don't judge, it's research.) Even right after the spicy food and hoppy IPA, the nutty flavor of the Brown Ale was bold enough to stand on its own. After enjoying ourselves for a couple hours, we both decided we were hungry again. I went back to the food cart and ordered a couple more tamales. Oh, but now that quandary returns. I guess I'll have another IPA.

All good times eventually end. However, I did buy an extension to the fun in a manner of speaking, by grabbing a growler to go of the Expedition IPA to be enjoyed in the very near future.