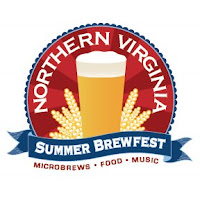 The participating brewery list for the 2009 Summer Brewfest is posted online. The festival will take place June 27-29 in Leesburg, VA. The organizers have plenty of treats lined up for us, including more than a dozen breweries new to the Summer Brewfest:

Also new to the Summer Brewfest will be several cask offerings including Allagash, Brooklyn, Clipper City and Flying Dog breweries.

Over 60 breweries are scheduled to participate this year. Especially exciting is the possibility of at least four different cask offerings. I recall just a single cask offering last Summer, from Clipper City, so the expansion this year is noteworthy.

A complete list of participating breweries can be found here. Start planning now. See you there!
Mused by David