The Rohnert Park Coscto has these gun-shaped bottles of Old Carbine Tequila for sale. It gave me a chuckle that the store featured in the article is in California, a state that is not exactly known as being friendly towards guns, even toy ones. Although in other places, the bottles might not have even ranked a mention. 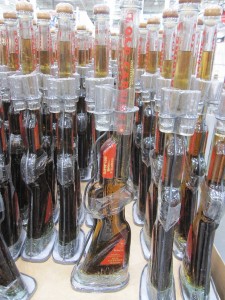 The big box stores in Virginia don't sell liquor so I won't see these at our local Costco. That's probably a good thing. The $49.99 price tag is better spent on ammo.