Sundays at the Range

Lately, it seems to be how I end my weekend. Not that I'm complaining. The days are getting longer, and there's still time to shoot after most folks have left the range for the day. The last couple of trips out I've been getting used to my new eyeglass prescription. I've used this monocular Rx for a couple of years, buts it has always been more of a compromise than a solution. Until now. While I never would have wished for worsening vision, now that my distance vision has degraded further, the setup seems to actually work better. According to some, this technique works better when there's a greater difference between the two lenses. I don't know if I'll shoot any better in competition, but there is certainly more clarity when wearing the glasses, making for a more pleasurable time.

I was very pleased, and somewhat amazed, at what I was seeing at 25 yards. No more squinting one eye to find the long-distance target. Of course, I have to retrain my reflexes to not squint with the weak eye. To that end, I went through about 100 rounds at 25 yards practicing transitioning between targets. I also spent some time on closer targets to work on quicker sight acquisition. 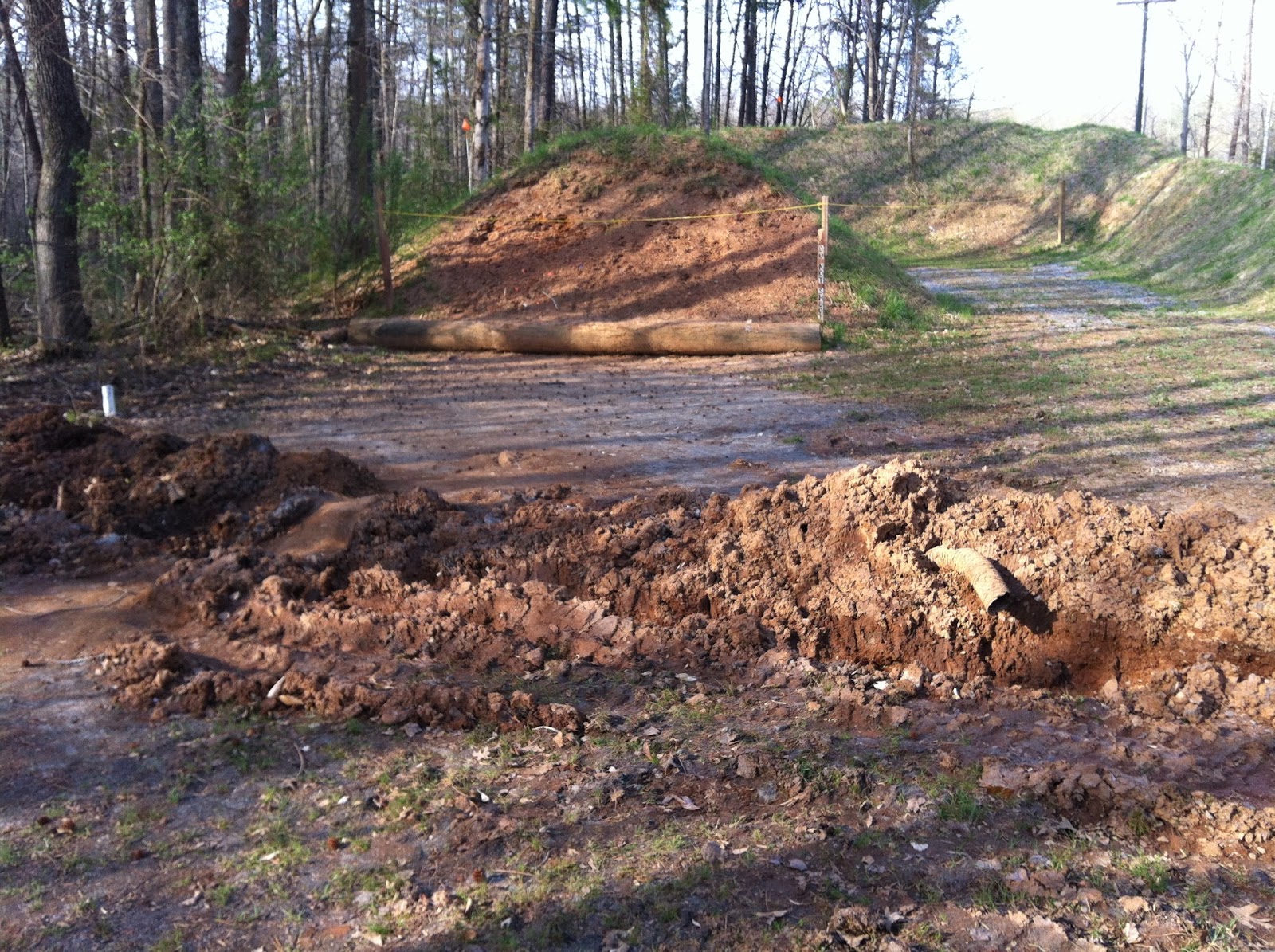 I had planned to do some shooting while running between shooting positions. That is until I saw the ditch running across the bay. A few weeks ago a drainage pipe was laid. Apparently it didn't work as planned, and the bay is dug up again. Larger pipe was being delivered while I was there, so I hope this is fixed soon.

As I finished up, another shooter arrived and we talked while I packed up. He was very pleasant, and it turns out we have some shared interests, beyond shooting. At the end he mentioned he had written a book, so I looked him up on Amazon. Seems to be a very interesting fellow and I look forward to chatting with him again. I think I'll order the book too. I'm purposefully anti-social with strangers at the range, but I'm glad we started a conversation. You just never know who you'll meet.

Another nice thing about hitting the range late on Sunday, is that I have no place else to go afterwards. I can come home and relax over a strong beer while reminiscing, and writing, about fun times had over the weekend.