As I strolled the Disney Boardwalk, looking for someplace to have dinner, I happened upon the Big River Grille & Brewing Works. I could see the brewing equipment from the street. Wow, two interesting finds in one evening! A line of people outside were waiting for tables, but I was able to find an empty seat right at the bar.

There was a range of house beers available, and even though I was interested in trying them all, I opted to not go for a flight. After all, the brewery was within walking distance of the hotel and I would be around for a few days. I decided to start with a beer labeled simply "IPA." This beer pours a brownish-orange color with a thin beige head. The aroma is mild, mostly citrus with a hint of grass. The flavor is moderately citrus heavy, seeming more Pale Ale-like than IPA. The finish was clean with little lingering aftertaste and the 6% ABV hardly noticeable. Paired with a large plate of Pepper Jack Chicken Nachos, I had the makings of an enjoyable meal. 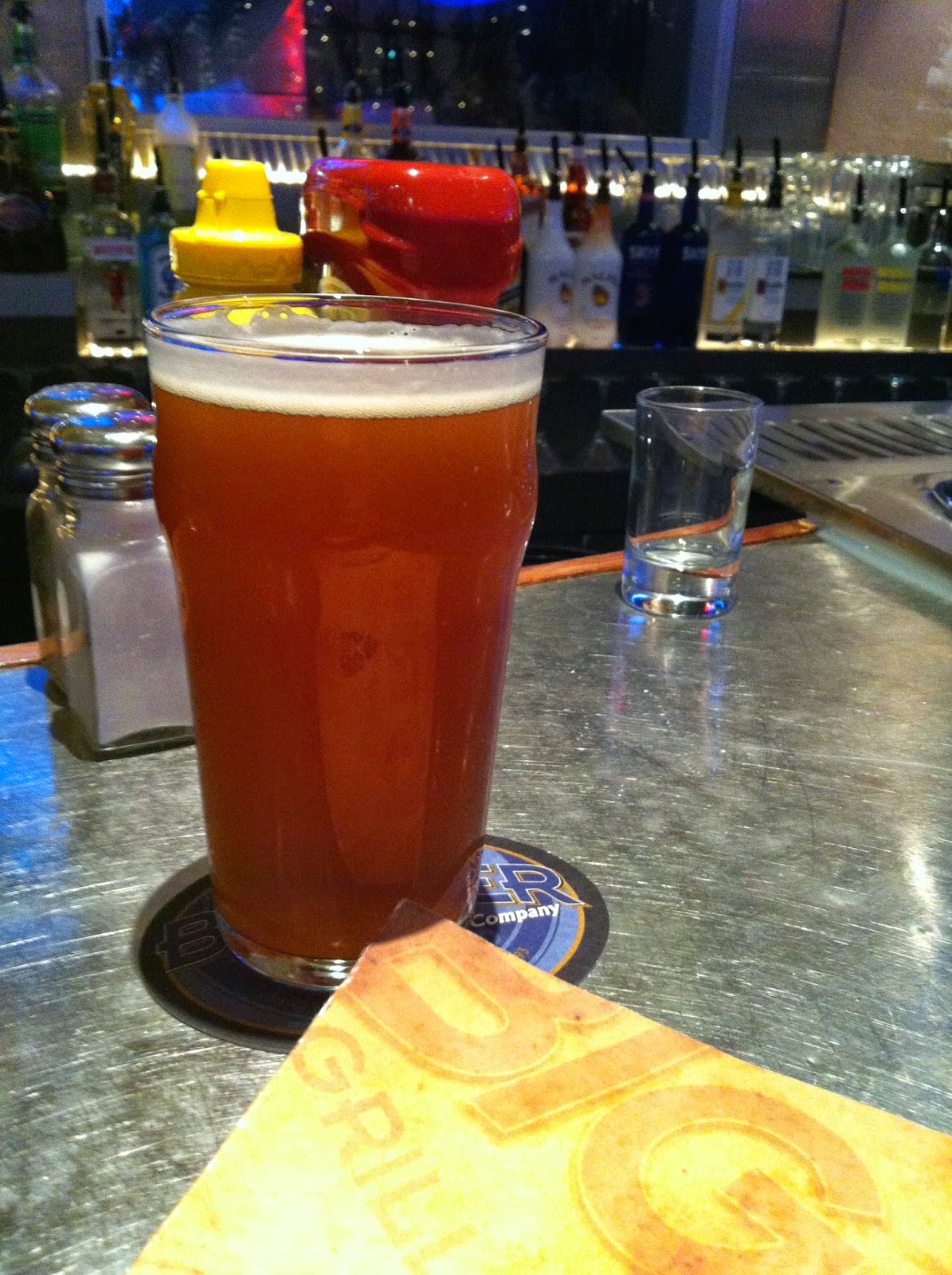 With stamina left for just one more beer, I opted for Rocket Red Ale, which seems to be the bar favorite. I was debating between that and the Steamboat Pale Ale, but figured the Pale Ale might not be all that different from the IPA I just had. After all, I could come back another evening, I again told myself. Rocket Red Ale was dark amber in color, with a thin head, although the beer was moderately carbonated. The aroma has malt and toasted bread. The initial flavor is nutty and bitter. Surprisingly bitter. Perhaps due to just finishing the citrusy IPA, that profile stood out. There's also a strong malt base and a slightly metallic flavor. The bready and nutty notes lingered in the finish.

The next day, awareness of the HeartBleed Vulnerability was picking up steam, and we faced a busy day, and late night, focusing on gathering and disseminating that news. Plans were changed and dinner was brought in. Despite Big River being just a short stroll from the hotel, trying the other beers will have to wait for another trip.