I finally got in an actual, and complete USPSA match, my first this year.  I headed out in the early morning light for the pleasant, but long drive to Summit Point, West Virginia for the Walnut Ridge Practical Shooters April match. Rain was predicted (and arrived) later in the afternoon but it the morning squads were treated to great weather with temperatures in the upper 60's.

The first two stages our squad shot that day made use of the same course of fire. When first approaching the course, I thought "Wow, that's a lot of targets." Then we realized that I was looking at two stages in one— shoot all the steel targets for one stage, and the next stage is all the paper, with steel left laying down. Shooting the two stages required quite different plans. I was pretty happy with how I did both stages, and interestingly did significantly better on the steel version than the paper. 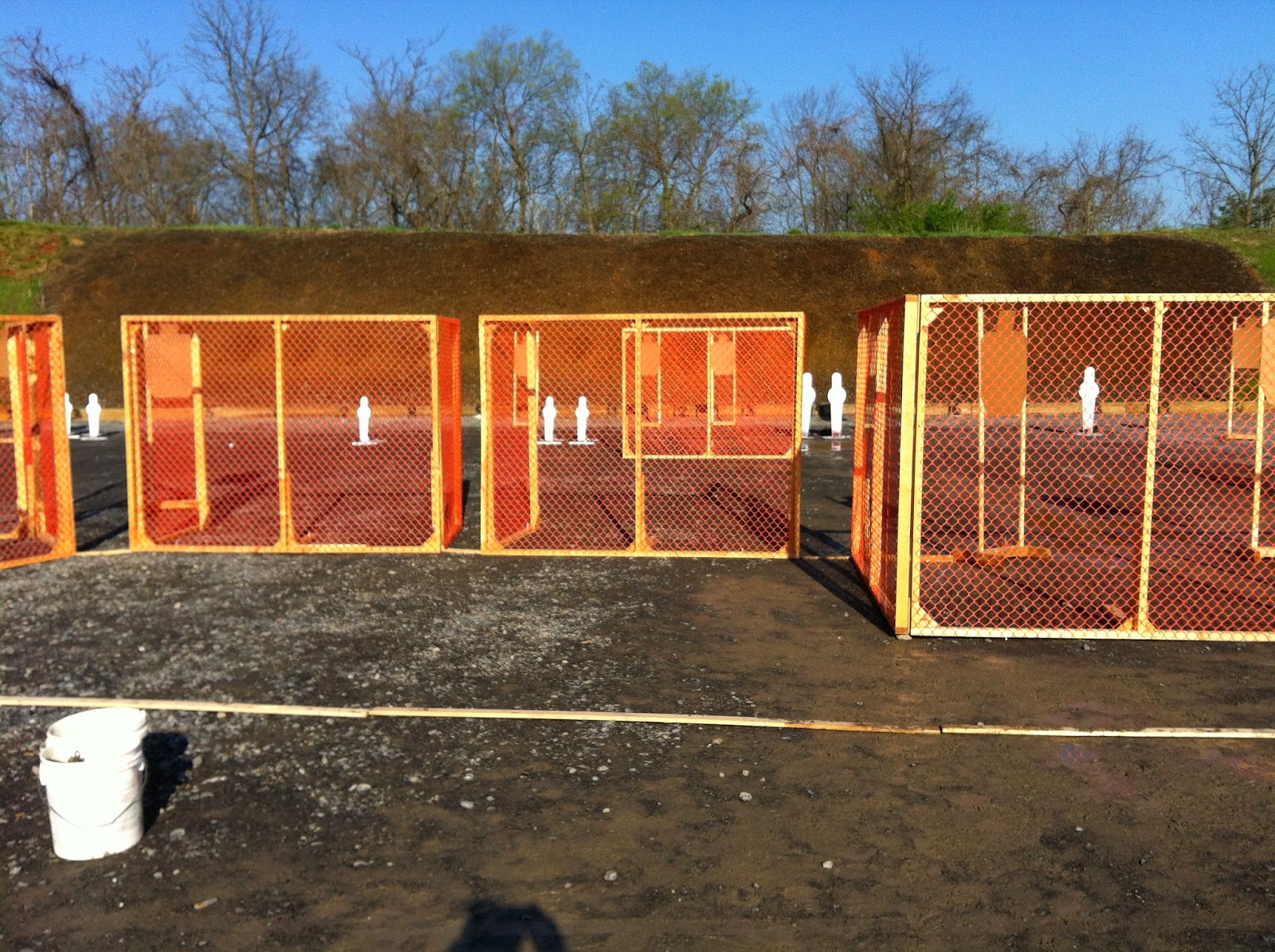 Next up was the classifier stage, CM 03-05 "Paper Poppers." This was going to be a good test of shooting fast with my new shooting glass Rx and seeing how well I've re-trained my brain to accept both eyes open. And, at least for this run, it worked. My time was 7.40 seconds for a hit factor of 6.4865. I'm looking forward to seeing what percentage that ends up in the USPSA system. I put a video of what would be my highest stage finish here. The next stage would involve shooting the same classifier targets again along with a bunch of other paper and steel targets set up across the bay.

Another all-steel stage was next. Shoot 5 six-inch plates, perform a mandatory reload, shoot (the oft dreaded) Texas Star, then another reload followed by five pepper poppers. It took me eight shots to clear the star, but I was very pleased to be able to catch (eventually) the moving plates without squinting my non-dominant eye.

The final stage was an interesting arrangement of 12 paper targets and 6 falling steel. Three tables were also placed around the stage. There was the stipulation that the shooter had to move a small "ammo can" to a second table sometime between the first and last shots. I had what I thought was a good plan for the stage. Unfortunately, when I arrived at my second shooting position I realized I had made an unplanned reload and that "plan" was now out the window. My brain was spinning to trying to recalculate and in my video I can see a brief pause between targets coinciding with the time I was thinking "How do I fix this?" Despite that, I finished okay, and have a lesson learned to have my plan firmly embedded in my head before the buzzer sounds. 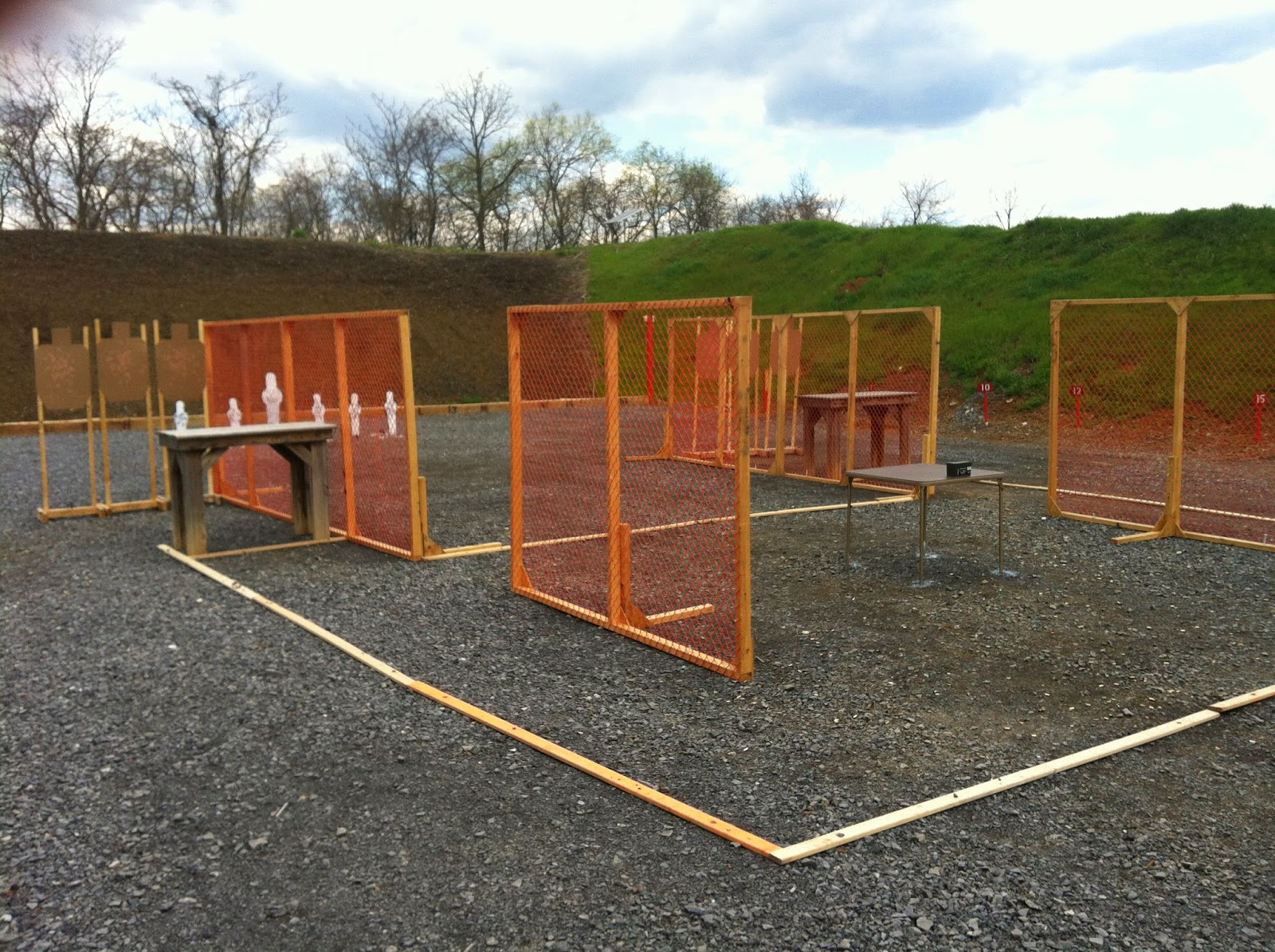 Overall, I was quite pleased with my shooting at the match. Preliminary results show me 12th out of 29 Production shooters. I recently picked up a small hat-mounted camera and the reviewing the first-person videos gives me some ideas on what to work on during my next range visit.

The Walnut Ridge Practical Shooters match at Summit Point means a two hour drive, each way. That's at the edge of my limit for a monthly match, but it's well worth it. The stages are always interesting and challenging, and I find myself already thinking about the next match on my drive home. I shoot with a lot of the same shooters at whatever match I'm at, but folks always seem to be enjoying themselves just a little more at this match. Maybe it's the West Virginia air.