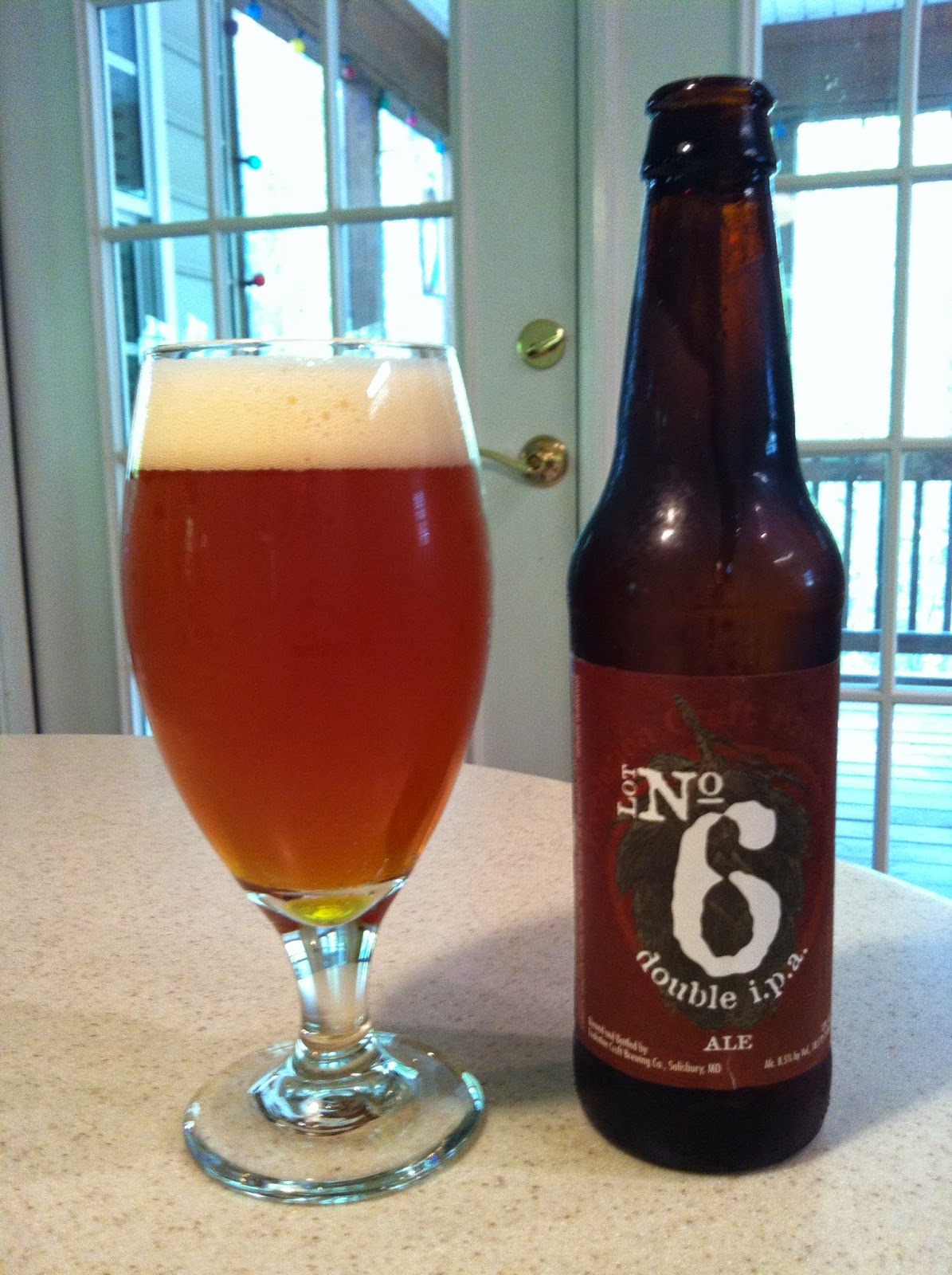 We stopped by a local beverage store this weekend, specifically to pick up more Easy IPA. Just in time too, since I grabbed the last six-pack in the store. Good thing there's more on the way! While we were in the store, a representative for Evolution Brewing was there pouring samples of three of the Salisbury, Maryland brewery's beers; Summer Session Ale, Primal Pale Ale and Lot No. 6 Double IPA. I've not had any of the brewery's beers, so of course willingly accepted the tiny samples. Colleen and I both liked the Pale Ale and the Double IPA very much. We ultimately decided to bring home a four-pack of Lot No. 6, opting to grab the Pale Ale on another trip. (Space in the beer fridge is at a premium these days.)

After Sunday's USPSA match, we opened a couple of the bottles to enjoy before dinner. Even though I was quite exhausted from the day of shooting, I was looking forward to the relaxing with the big, 8.5% ABV drink.

Evolution Lot No. 6 pours a deep orange color with a fluffy, long-lasting beige head. As the level of beer lowers in the glass, a sticky lacing is left behind. The aroma is strong grapefruit and orange citrus, with a bit of caramel malt. When a beer smells this rich, I often spend as much time sniffing as sipping and this was no exception. The flavor is just as big as the aroma. The juicy, bitter citrus flavor is bold and lingers for a long while. It's not all bitter citrus as slightly sweet bready malt notes come through in the background. The mouthfeel is resinous and sticky, leaving a zesty bitterness behind in the finish.

We enjoyed the Evolution Double IPA quite a bit. Colleen remarked on how refreshing the citrus hops were. Indeed, this was a surprisingly refreshing beer. After finishing my glass, I was energized enough to fire up the grill and get dinner going. It was a fitting end to a long and tiring, but fun, day.