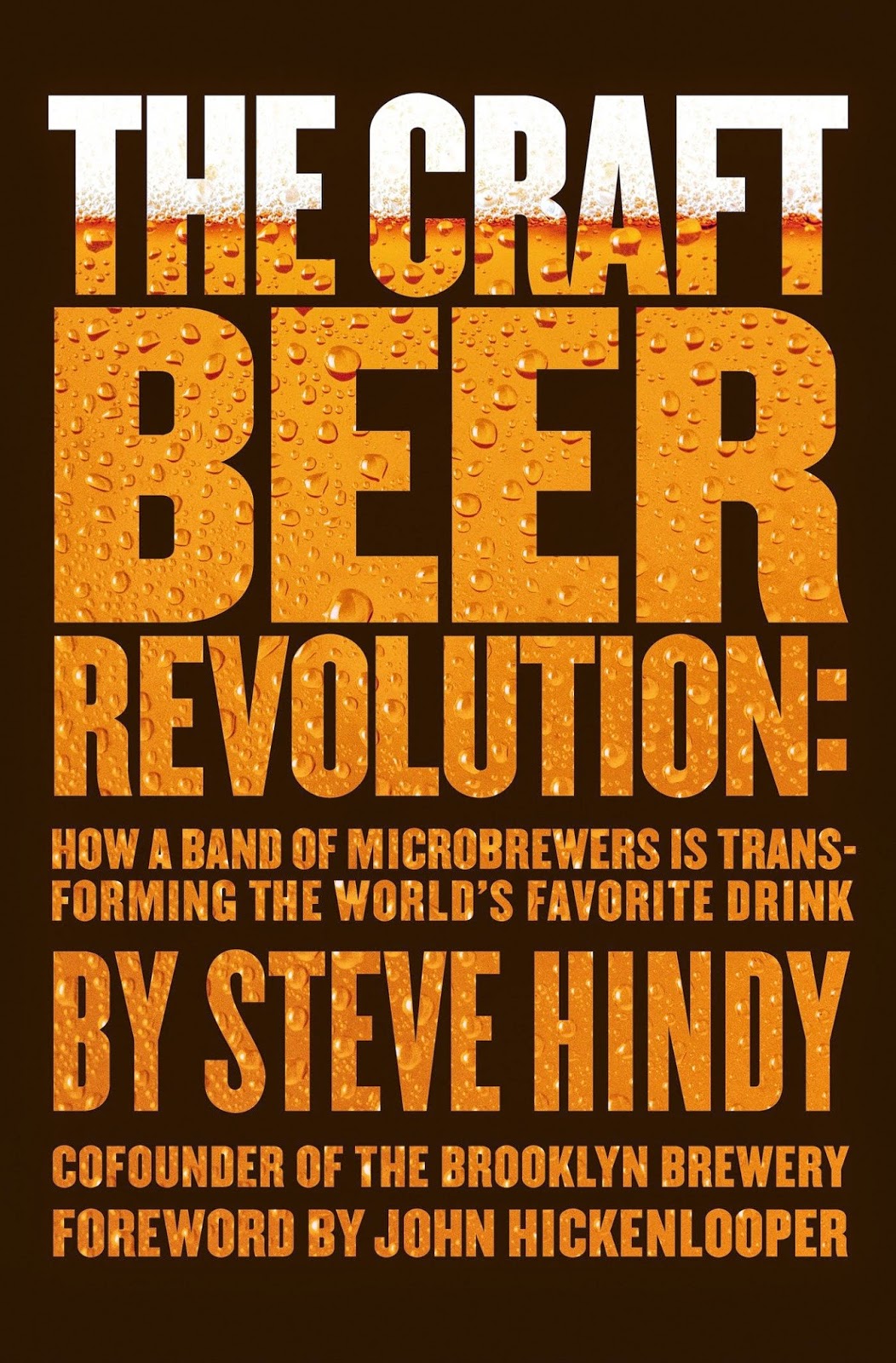 Steve Hindy is the cofounder of Brooklyn Brewery. He was there at the beginning of America's craft beer revolution. His new book, The Craft Beer Revolution: How a Band of Microbrewers are Transforming the World’s Favorite Drink, tells the story of how America grew from less than 40 breweries in the 1970's, to around 3,000 today. Steve shares the story behind the story, and it's a fascinating tale.

When I received a review copy of the book, the first thing I did was leaf through the pages looking at the many black and white photographs, and reading random excerpts. I saw names and faces I recognized, and many who I only recognized by name. It was at least a week later when I finally had a chance to sit down and start reading, from the beginning. I was immediately hooked.

The story of the craft beer revolution starts with a single brewery in the mid-60's, when Fritz Maytag revives the Anchor Brewing Company in San Francisco — a craft brewery that still exists today, unlike so many of the early pioneering brewers. The story continues with the fledgling Craft Brewers Conference, and "revolutionaries" such as Sam Koch, Ken Grossman, Charlie Papazian, Jack McAuliffe, F. X. Matt, and even Presidents Gerald Ford and Jimmy Carter.

I'm only about a quarter of the way through the book, and the story is up to the mid to late 1980's, the period where I, along with many Americans, were just discovering these "unique" beers. (At the time we simply knew there existed these different, more flavorful beers — I didn't know about "craft beer" or the breweries behind them.) I expect the book to become even more riveting as more background to a familiar story is revealed.

Steve Hindy is an accomplished journalist, in addition to being a craft beer revolutionary, having discovered home brewing while serving as a Beirut-based correspondent for the Associated Press. (I'm willing to bet it's a fascinating story involved there as well.) I'm enjoying his telling of the history of craft brewing in the United States very much. Only life's other commitments force me to put down the book. As a craft beer fan, I feel a connection to the story. This is not a far-off tale, or one of ancient history. Indeed the story is recent and is continuing today. Hindy's recounting is extensively researched and footnoted with personal conversations and published accounts from those who were there. If you're a fan of good American beer, or American drive and entrepreneurship, I recommend this book. You can find The Craft Beer Revolution: How a Band of Microbrewers are Transforming the World’s Favorite Drink on Amazon in hardcover and Kindle editions, and at brick book stores now.

I received a complimentary review copy of this book from the publisher. My impressions are provided of my own free will.