I headed off to Culpeper, VA this morning to get a small bit of shooting fun. The Cedar Mountain Youths group was hosting its monthly practical pistol practice match. The forecast called for the possibility of rain, so all stages were set up to be shot mostly from under canopies. The overcast skies and 70 degree temperature combined to make pleasant shooting weather. Fortunately the rain mostly held off and we shot just a single stage in the rain with the targets covered in plastic.

The manager of the property recently ruled that there could be no steel targets at the match. There's a common safety misconception about shooting (proper) steel targets that many folks have, but rules are rules. The match designer this month decided to simulate steel plates by using red paper plates attached to white targets. Fortunately, the white target were only holding the plates, NOT scored as no-shoots! Six stages were set up. As expected, two shots on paper and one hit on "steel" was the standard.

Stage 1 was straightforward with two plates and two regular USPSA targets. Stage 2 mixed 6 "steel" amongst six paper targets. The shooter shot either all paper or all plates, performed a mandatory reload and then engaged the remaining targets. The practice time at Cedar Mountain does not score based on USPSA divisions, and everyone shoots against everyone else. However, I had decided to shoot according Production rules and only load 10 rounds per magazine. This meant I had an extra reload on this stage to engage all the paper. Perhaps in the future I'll take advantage of the practice stages to load my magazines fully, just for fun. 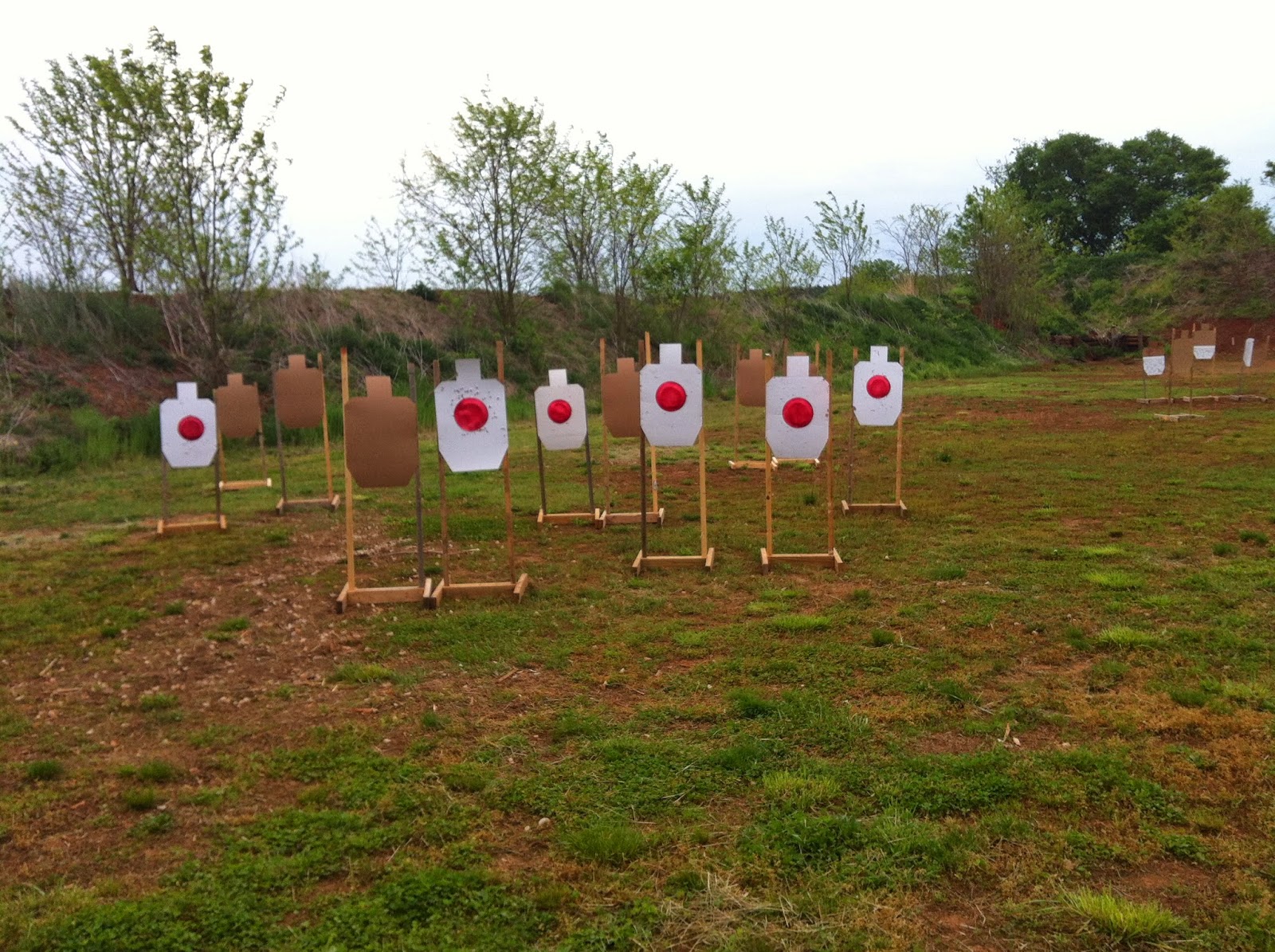 Stage 3 had six "steel" plates require one hit on each, a mandatory reload, followed by reengaging the plates again. Stage 4 was a very unusual stage, comprised of solely of a single USPSA target at around 15 yards. The stage called for a single shot on the target — truly the shortest stage possible. Despite the brevity, the challenge seemed to be enjoyed by all.

Stage 5 was a "standard" stage with 6 USPSA targets, with both hard cover and no-shoot targets blended in. The final stage saw the shooter hitting two plate targets from the starting box, then moving forward to another shooting position to engage 4 USPSA targets.

It's only a 60 round match with simple stages, but the Cedar Mountain event offers some low pressure shooting fun. Better yet, it's close by. That means I can "sleep in" (it's all relative), have a bit of fun shooting and be home by lunch. Most of the folks participating don't compete in sanctioned matches and just want enjoy some shooting with like-minded people. I can't argue with that.