Historically, I simply don't go out on "Black Friday." I prefer to spend the day with good leftovers, and good beer, perhaps preceded by a trip to the range. However this year, Adventure Brewing was celebrating the start of the holiday season with extended hours and the release of their Christmas Ale. This was worth venturing out for. Colleen and I headed up mid-afternoon, and after the tortuous drive through the local shopping mall area (What's wrong with you people?) we found the two-exit drive on the interstate to be quite easy.

Adventure was serving twelve different beers this weekend. They had all eight wall taps going, along with two jockey boxes. For those who are new to Adventure beers, they were offering a 12 beer tasting fight! We'd been to Adventure enough to have tried most of the beers, so we started right into the reason for our visit, the Christmas Ale. 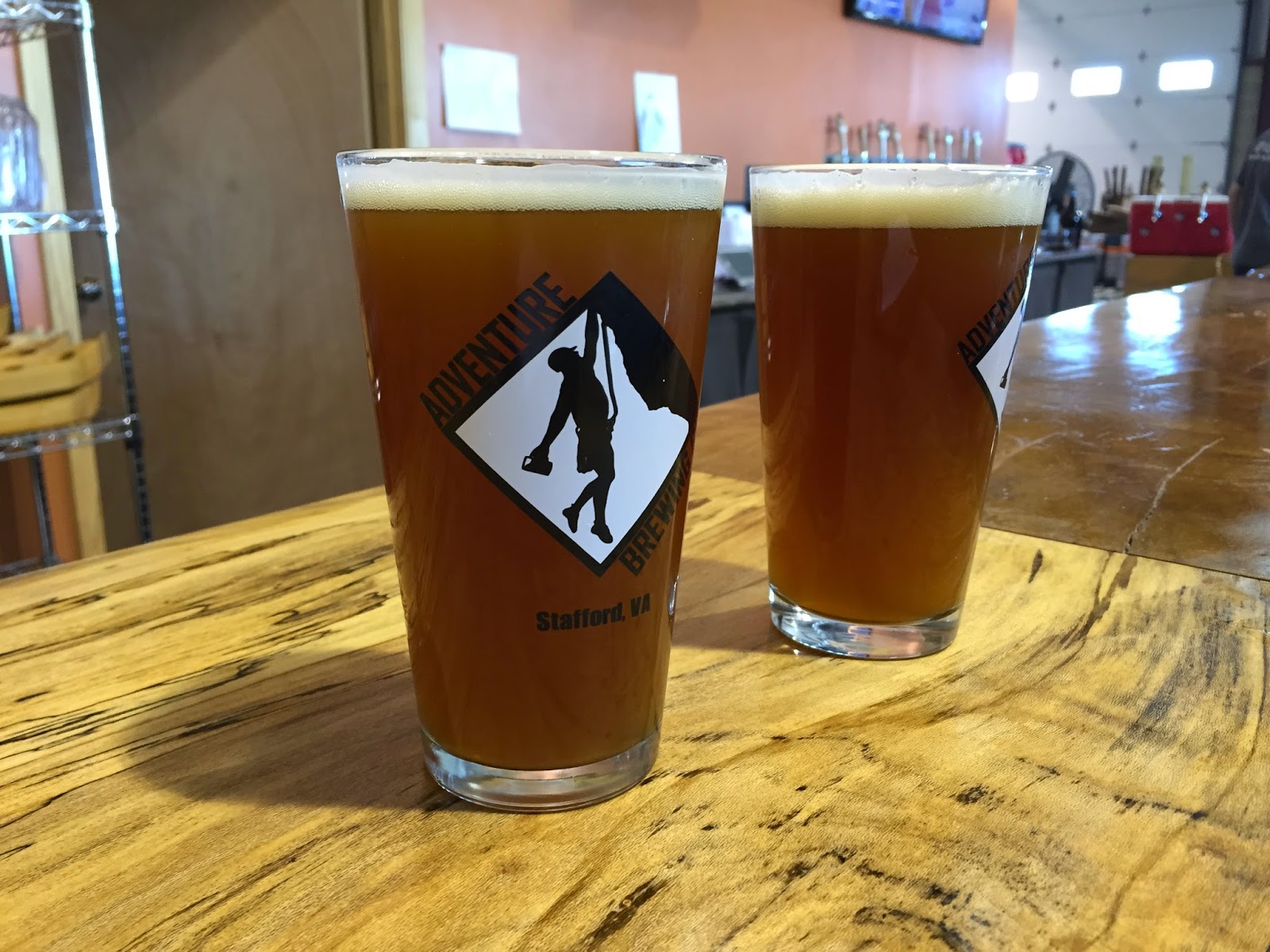 The beer pours a cloudy, copper color with a thick beige head. Brewer Stan told us the beer was still young and would clear up with more time in the tank. Frankly, I expect a spiced Christmas Ale to have a bit of cloudiness to it. The aroma was pretty mild, with cinnamon and allspice over a biscuity malt. The spices revealed themselves more in the flavor. Some bitterness of citrus rind hangs in with the spices. It was quite tasty and I remarked to Colleen that maybe I should have remembered to bring along an empty growler for filling.

But, the real test in my book, is how I feel at the end of the glass. Would I want another? So often with spiced ales, as with pumpkin beers, I enjoy them initially but quickly tire of the unique flavor. Not this time, the ale is flavorful and well-balanced. When my glass was empty, I definitely wanted another pint. The moderately low ABV, I think it was around 6%, made it easy to enjoy a couple in the mid-afternoon. I thought this was one of the most enjoyable spiced ales I've had in some time. I'm already checking my calendar to see when I can fit in another visit to enjoy another pint. Or two.