Also included with the cheeses was a couple slices of a very delicious bread with a salt and herb crust. We enjoyed the side of bread as much as the cheese and beer. The bread and cheese platter would stand on its own as an appetizer. 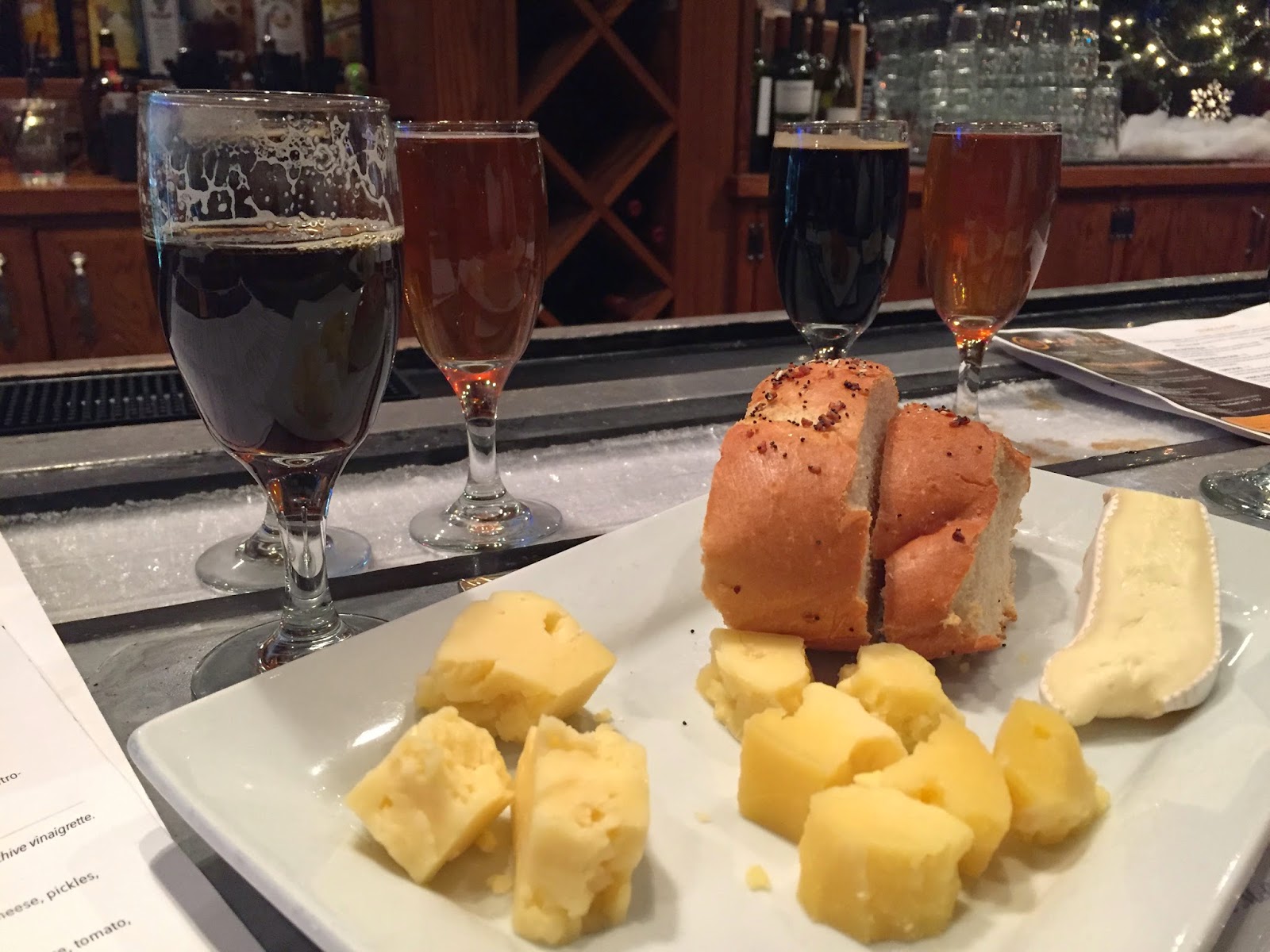 This event was originally advertised to feature four beer and cheese pairings, with an Isley rep in attendance to talk about their beers. We think there was a logo glass included as well that we missed getting. That said, we're quite capable left on our own and enjoyed the beers and making our own commentary.

The first pairing, the Tall, Dark and Hopsome IPA and Gouda, was quite good. I took a few sips of the beer before the cheese plate arrived and really liked the beer. The pine and citrus hops with roasted malts was a tasty combination. It's a beer I'd have again. Interestingly, adding in the Gouda, the flavor of the beer took on a slightly sweeter tone. The flavors were noticeably influenced by the cheese.

Next up was Off the Boulevard Irish Red Ale and Swiss. The Red Ale had a distinctly fruity aspect along with the biscuity malt. After sipping, Colleen and I at the same time remarked, "I taste pears." The ale had a decidedly malty cider slant, in appearance, aroma and flavor.

Finally, we came to the Choosy Mother Peanut Butter Oatmeal Porter and Brie pair. In all frankness, we didn't care for the aroma of this one. In the taste, there was some oatmeal and a hint of sweet chocolate. It was however, the peanut butter than dominated. Mixing our sips with the brie and bread, the peanut flavor was muted somewhat. Choosy Mother is a popular and highly rated beer from Isley. But this unique flavor is like smoked beers I think, you either like them or you don't. The beer grew on me as I sipped, but a full pint probably isn't in my future.

Our beer and cheese tasting completed, Colleen and I settled into a few more good beers and the Thursday special of "Endless Mussels." We took good advantage of the all you can eat aspect of the menu. It was a tasty and enjoyable, if somewhat decadent, evening.