Tuesday evening the Flying Dog RV was spotted outside Capital Ale House. The occasion was a Flying Dog "Steal the Glass" night, featuring four Flying Dog beers served in an attractive etched glass. How could we resist going in? 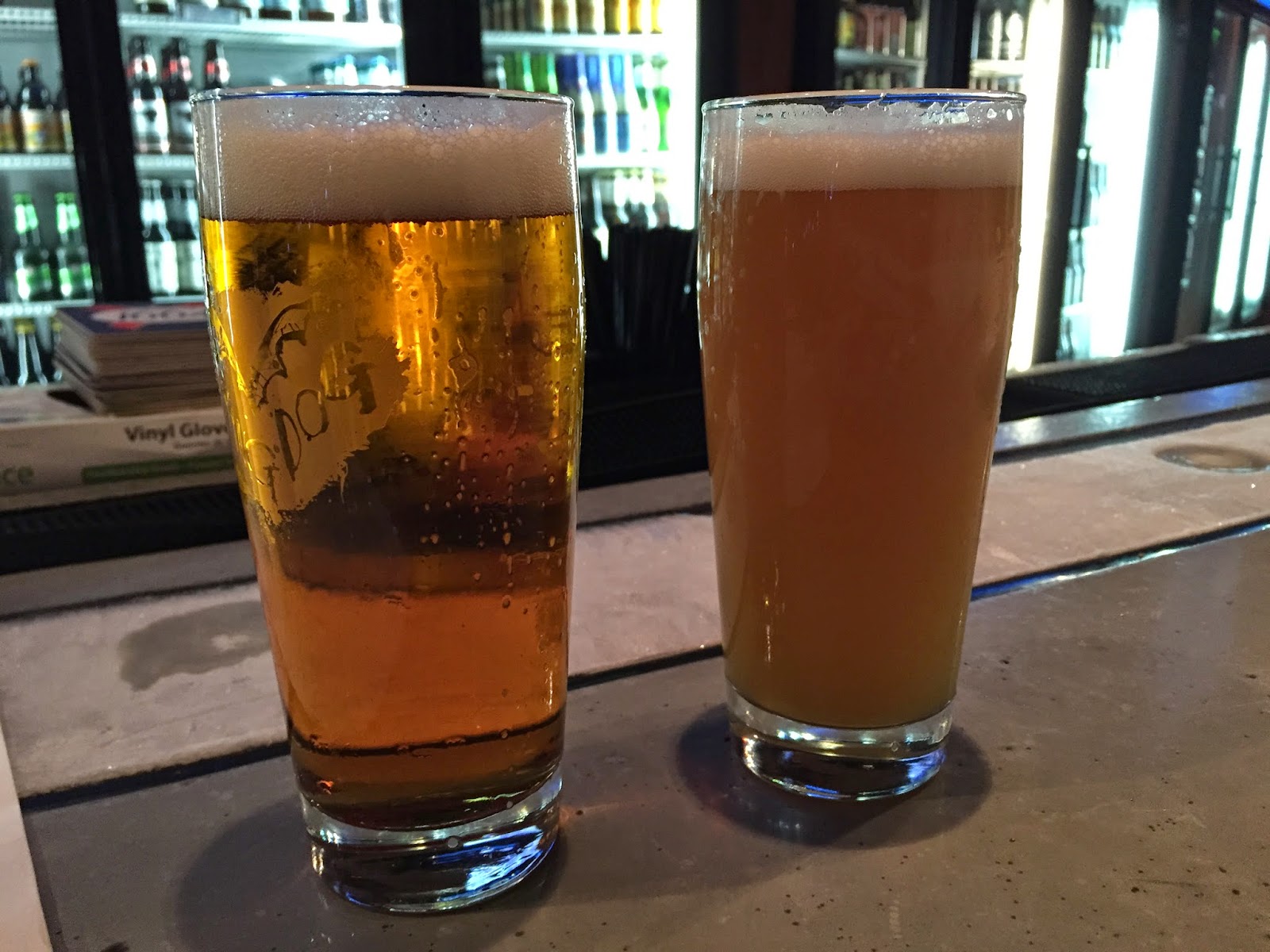 Bloodline IPA seemed to be the most popular selection, based on comments I heard at the bar. It's a bright, citrusy IPA that's quite refreshing. I posted a full review of the beer previously. Equally enjoyable was the Hoppy American Wheat. A blend of a bitter IPA and a wheat beer, this member of the Brewhouse Rarities series is a unique take on the traditional wheat beer. More info can be found in this previous review.

Flying Dog beer peddlers Adam and Pete were there to talk about the beers. I got a chance to chat with them a bit about Flying Dog's plans for the upcoming year. Let's just say I'm looking forward to enjoying some interesting beers from the brewery in 2015.

And those cool etched logo glasses? We decided we really needed a set of four, so we enjoyed another round of our selected beers with Capital Ale's tasty, and huge, Lamb Gyro Burger. It was a fitting finish to a fun day that included a fun visit to the range.