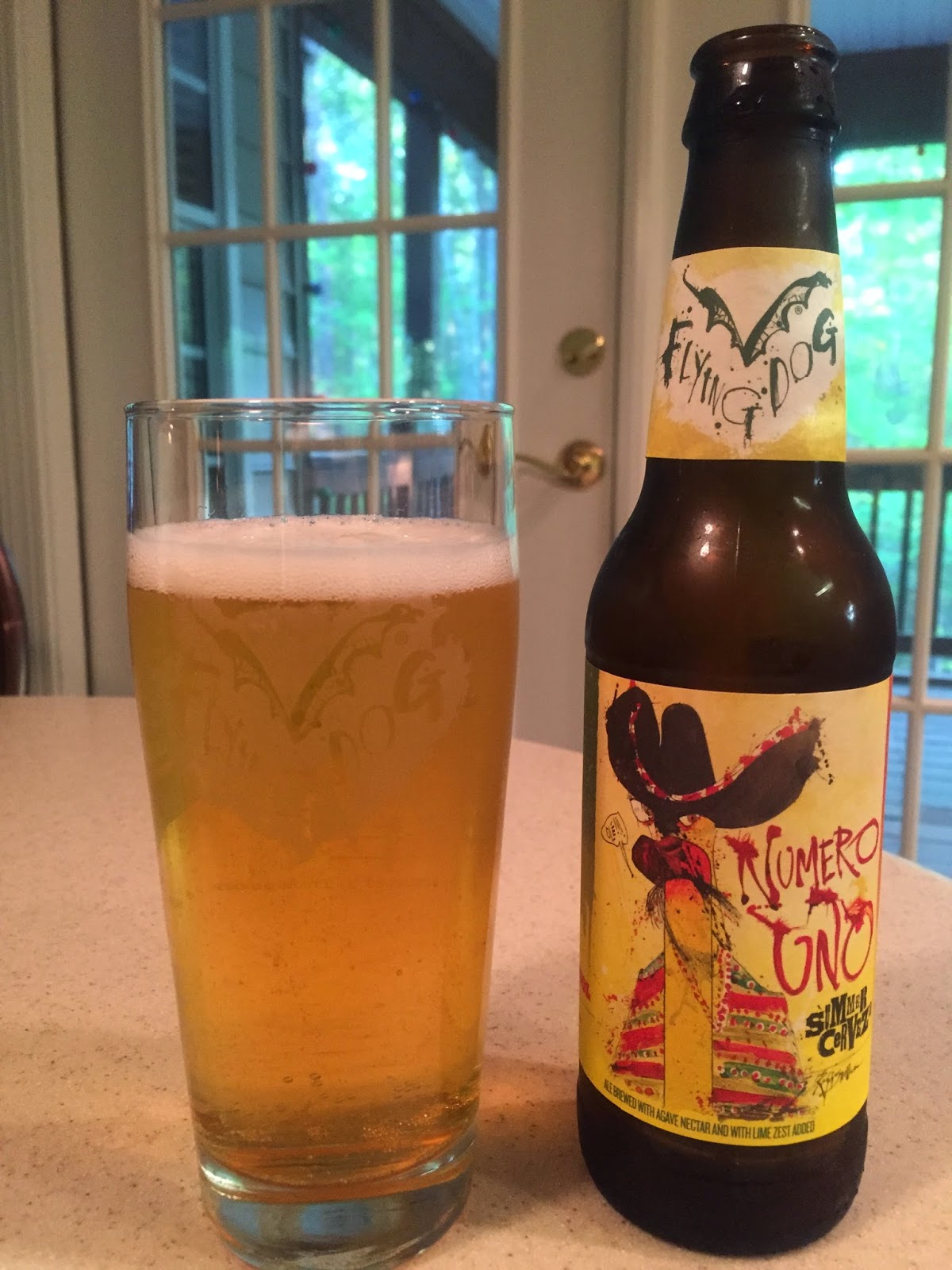 Numero Uno Summer Cerveza is the new summer seasonal from Flying Dog Brewery. This beer was originally released last June as part of the Brewhouse Rarities series. I didn't realize I'd had it before until I started drinking it and then I had the "flashback" to last year. As previously, although it isn't the type of beer I'd normally drink, I did enjoy it.

The beer pours a bright golden yellow with a thin white head. The aroma is that of grain with lemon and lime zest. The overall flavor is toasted malt with a refreshing citrus twinge. It finishes dry and clean.

This might also be a good beer to keep on hand to share at those summer cookouts with your less than adventurous friends. It's much more flavorful than the popular swill that requires a lime wedge (or salt) to be palatable.

At just 4.9% ABV, Flying Dog Numero Uno Summer Cerveza would make a good beer for those warm summer afternoons. It's light bodied and goes down easily. I cracked this one open as we sat down for a family movie night, and I think I finished it before the opening credits were done.