Relaxing On A Sunny Afternoon

Not being a cold weather fan, I immensely enjoyed the warm, sunny afternoons we were treated to over the long holiday break. The day after Thanksgiving was no exception. Mid-afternoon I once again found myself on the deck, enjoying the sunlight coming through the trees and the sounds of happy birds in the woods. 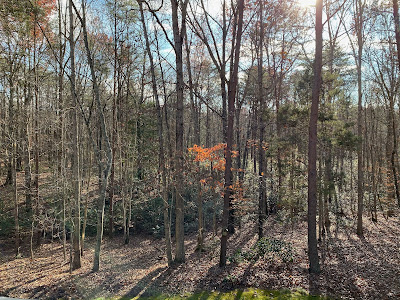 My cigar choice was the COA Pilón. I decided to start off with a little "pep up" in the form of a Chai Tea. I felt the cinnamon, ginger and nutmeg flavors of the latte would make a good compliment to the cigar. The creamy cocoa, nuts, and honey notes of the smoke indeed made for a pleasing combination. 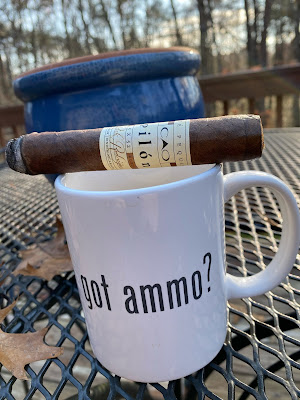 Of course, the warm beverage was short lived, lasting only an inch or so into the smoke. Perusing the beer fridge, I spied a Sam Adams Octoberfest. The sweet, malty goodness of the ale was also a pleasurable match for the cigar. 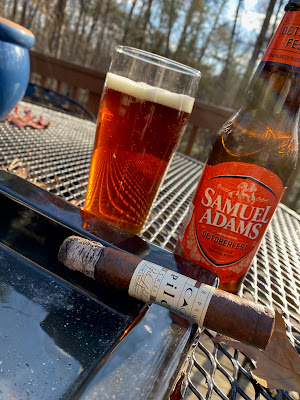 The glass of beer lasted slightly longer than the tea, but was also empty before the cigar reached its conclusion. Knowing the evening held the possibility of another cigar, and perhaps a little bourbon, I finished the CAO Pilón without an additional beverage. The sun reflecting off the remnants of the fall foliage made for sufficient accompaniment. 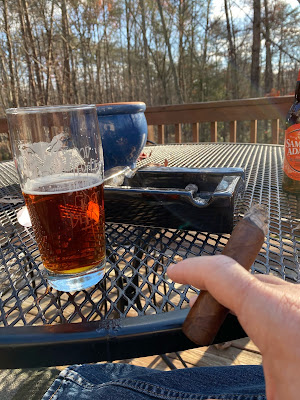 No a bad day in the neighborhood. Even the sounds of leaf blowers in the distance were easy to ignore.