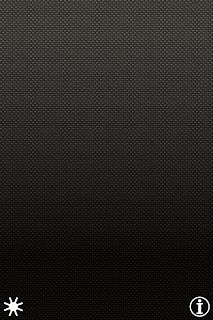 I admit it, I'm a bit of a nerd geek, especially when it comes to new "apps" to add to my iPhone. I posted about a flashlight app for the iPhone last year. That utility has been on my phone since, and used fairly frequently. Recently I was introduced to another iPhone flashlight utility — XS Flashlight.

Unlike Flashlight reviewed previously, XS Flashlight does one thing, and one thing only. It turns on the iPhone LED. Period. The app is designed to come on instantly when you tap the application icon. The developers claim to have minimized the code and removed all unnecessary graphics. In fact the only interface is a button to turn off the light without leaving the app, and a screen for developer contact and social media sharing. The accompanying screenshot is admittedly pointless. There's no brightness setting (the LED is turned on full blast) or color blinking options. The social media tie-in is a bit superfluous, but the developer can be forgiven for building in a little promotion. The app checks in at a mere 0.3 MB.

Granted, it could be said that one should always carry a tactical flashlight. But there are times that's not convenient, or when I'm negligent. For those times, taking advantage of the iPhone's bright LED is a handy option to have. I think I'll be keeping the XS Flashlight on my phone.

XF Flashlight is available in the App Store for 99¢

Note: I received a free copy of the XS Flashlight from the developer for possible review.