It's no surprise that we're fans of at-the-ready bottle openers. I keep a Blue & Gray bottle opener on my keychain at all times, and I'm often the only person with a handy opener. While others are digging through kitchen drawers, I'm enjoying my beer. I recently received an email promotion from Brew Cutlery announcing their Kickstarter project. 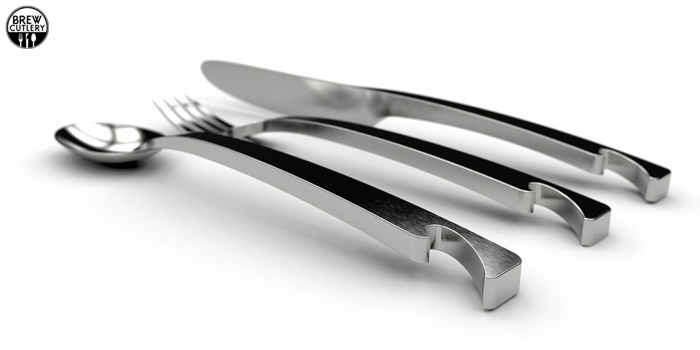 Brew Cutlery provides a stainless steel knife, fork and spoon with a built in bottle opener in the handle. Having three openers at your place setting might be overkill, but one can never be too prepared I suppose. I recall the wisdom of the late Justin Wilson, who always wore both suspenders and a belt; never leave anything to chance he said.

I did make a contribution to the Brew Cutlery Kickstarter program. I'll look forward to adding the openers to my collection and posting a review later this Summer.