Heritage Brewing Company is a new brewery that opened this fall in Manassas, VA. I've not been able to get there yet, even though I have a coupon for a free beer from my Kickstarter contribution. I've been eagerly looking forward to trying out their beers, so I was very excited when I spotted their "revolutionary" tap handles recently at Capital Ale House. 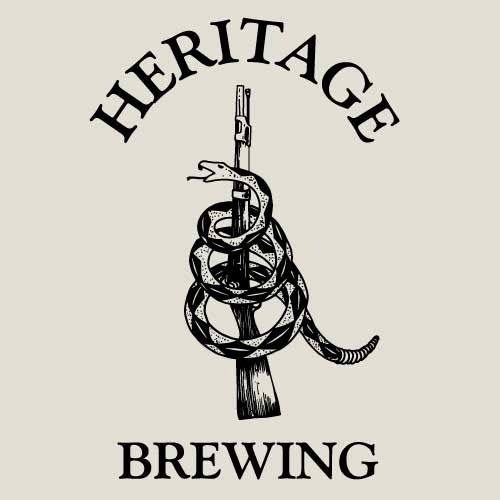 I was informed that a Pale Ale and and IPA were available, and I could not resist trying both. I started out with The Teddy Pale Ale. The color was amber-gold with a thin head. The aroma was mildly toasted with hint of pine hops. The flavor was predominately pine and fruity hops with a mild citrus bitterness. I found this to be a clean, crisp, and mild pale ale.

Next up was the Ironsides IPA. When my glass arrived I saw a clear, yellowish liquid with a mildly sweet biscuit and citrus aroma. This doesn't really look like an IPA I thought, and Colleen even made a comment about the light appearance. Upon tasting it though, I found the flavor to be more of what was expected. There was a nice balance of bitter citrus and sweet malt, albeit in a light bodied beer.

I was intrigued by this odd IPA and had to get out my smart phone to do some research. It turns out Ironsides is described as a "session IPA." The beer checks in at an easy-drinking 4.8% ABV. While not as strongly flavored as a typical IPA, Heritage Brewing Ironsides is a full-flavored beer in a small package.

It was a nice surprise to find the Heritage beers on tap, and now I'm even more determined to make the trip to Manassas to visit the brewery in person and try out more of their beers.