Our family saw the movie "For Greater Glory" this weekend. I was prepared for a powerful movie, but I was especially moved by how close to home this dark point in Mexican, and U.S. history, really hits. The movie tells the story of Mexico's Cristeros War. This is the true story of a prohibition on religious liberty that led to the deaths of over 200,000 people. This is a story that has been all but covered up by the press, the government, and our educational institutions.

The movie opens with Mexican President Calles giving a speech to his cabinet on the dangers posed by the Church. Immediately I was struck that he was presenting the same rhetoric, the same bigotry, used today by enemies of the Church and freedom. I've heard this tripe personally and I realized that little has changed in 85 years. Initially, the faithful Catholics fought back by celebrating Mass in secret and with economic boycotts. But the government rhetoric eventually led to government violence and oppression. We would be hard pressed to recall a time in history when government rhetoric against religious liberty did not progress to government violence against religious liberty. 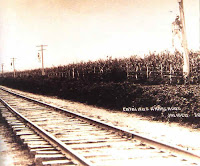 While the current government attack against the religious liberty advanced by the Obama administration in the U.S. will hopefully not lead to this level of violence, it is certainly within the realm of possibility. Spend any time reading pro-Catholic news blogs, or even viewing comments posted on Catholic YouTube videos, and you'll witness the level of vileness and hate for religion that exists in this country among the left. This administration's HHS mandate is but an opening salvo on the war on liberty. Despite the claims of dishonest and ignorant politicians, even some who falsely claim to be Catholic, the issue facing the Church today is at its core an attempt to weaken and remove the Church from American life. It is an attempt by anti-Church forces to destroy the building blocks of freedom, to weaken the rights guaranteed by our Constitution. There's a reason that freedom of religion is the 1st Amendment to our Constitution. When it falls, the rest will also fall.

As the Cristeros War wound down, the government offered "accommodations." (Sound familiar?) These were immediately reneged upon. The government murdered hundreds of former Cristero leaders and thousands of former Cristero fighters in reprisals. The oppression against the Church continued throughout the 1930's. Even today, it is prohibited by law to celebrate Mass outdoors in Mexico.

"For Greater Glory" should hit home for all lovers of freedom, not just Catholics. Our own government supplied arms to the Mexican government for use in the war, and even provided military air cover for the Federales in their battles with the Catholic faithful. Neither should this war be thought of as ancient history. The youngest daughter of Cristeros General Gorostieta only recently passed away in 2010.

In his 1994 visit to Baltimore, Blessed John Paul II reminded us of why we must resist attacks on religious liberty. He said: "The challenge facing you, dear friends, is to increase people’s awareness of the importance for society of religious freedom; to defend that freedom against those who would take religion out of the public domain and establish secularism as America’s official faith." The Pope continued, "And it is vitally necessary, for the very survival of the American experience, to transmit to the next generation the precious legacy of religious freedom and the convictions that sustain it." His words ring so true today.

If you believe in religious freedom, if you believe in liberty, you must see this movie. While we pray that the current war on liberty waged by our own government is settled in the courts and the voting booth, "For Greater Glory" serves as a foreboding warning of the alternative. 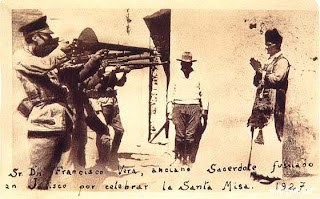