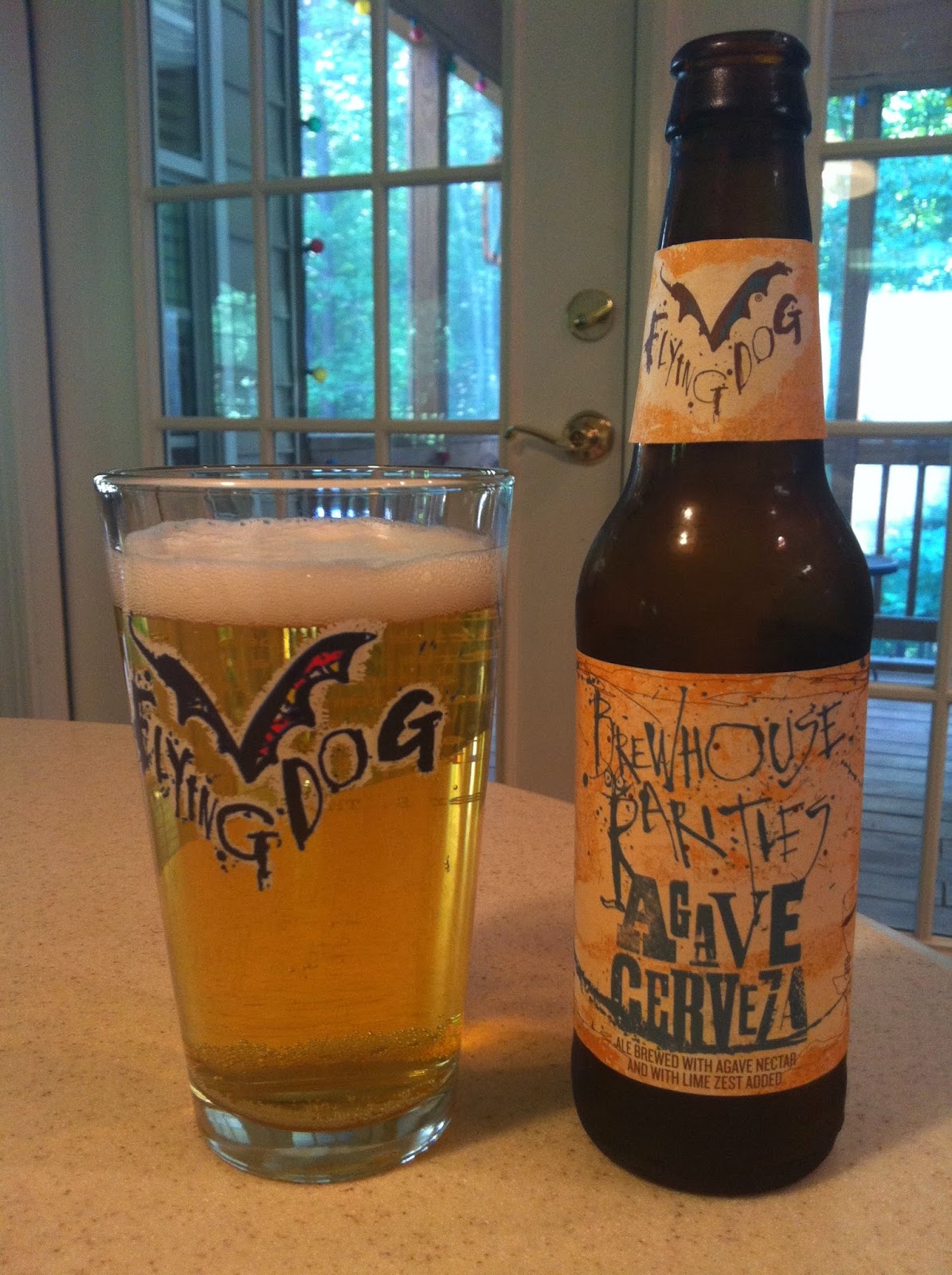 The promotional sample Agave Cerveza arrived earlier this week from Flying Dog Brewery. It's the latest in their Brewhouse Rarities series of limited releases. Opening the package, I was a bit surprised, as I don't recall hearing about this beer previously. Or, if I did, I ignored it. I don't do the lime and Corona thing and that was the first thing that came to mind. However, as I sat down on Friday afternoon, ready to wind down from a long week at work, something called to me from the fridge...

Flying Dog Agave Cerveza pours a clear, light yellow color with a thin head. Brewed with flaked maize, the beer has a corn and grain aroma typical of Mexican-style lagers, though it's actually a Pale Ale. There's a hint of lime zest detectable with my nose stuck deep in the glass. The lime flavor stands out more in the sipping; the crisp, bready beer benefiting from that added bit of zest. A slight fruitiness completes the picture. The finish is dry with little evidence of the flavors left behind.

I was quite surprised I enjoyed this beer as much as I did. I've often noted that people wouldn't need to drop fruit in their beer if the beer tasted good. It's my opinion the lime in a Corona is there to cover the skunked flavor. However, Flying Dog Agave Cerveza combines a crisp Mexican Lager-style flavor with a hint of lime, for a refreshing combo, all without the skunk! The flavor, and the mild 4.3% ABV, make this an easy to drink, tasty beer. So easy in fact, my glass was empty before I had finished writing down the flavor notes above. I could get used to a beer with lime on a hot day if they all tasted as good as Flying Dog's version.


The beer reviewed here was a promotional sample from the brewery. My impressions are provided of my own free will.