I had not made it out for shooting practice in several weeks. All my practice between matches has been dry fire, so I was thankful for some free time, and coolish weather on Saturday. It had been raining off and on all day, but I managed to time my trip just right to get in a good and varied workout.

The only other people on the property were a couple putting down seed on one range, and a guy on a backhoe moving some timber. I set up in the large bay and got to work, starting off with some non-firing drills to get warmed up, before moving on to the live fire. Shooting from different distances, the first drills were mostly single shots on one or two targets, adding in some movement between shots. Soon, I no longer heard the sound of the backhoe and realized all the workers had left. That meant I could now move on to multiple shots on multiple targets — all without worry of harassment for violating the club's very subjective "rapid fire" rule. I only regret I had not brought along my steel targets, which are legal but still irritants for the curmudgeons. 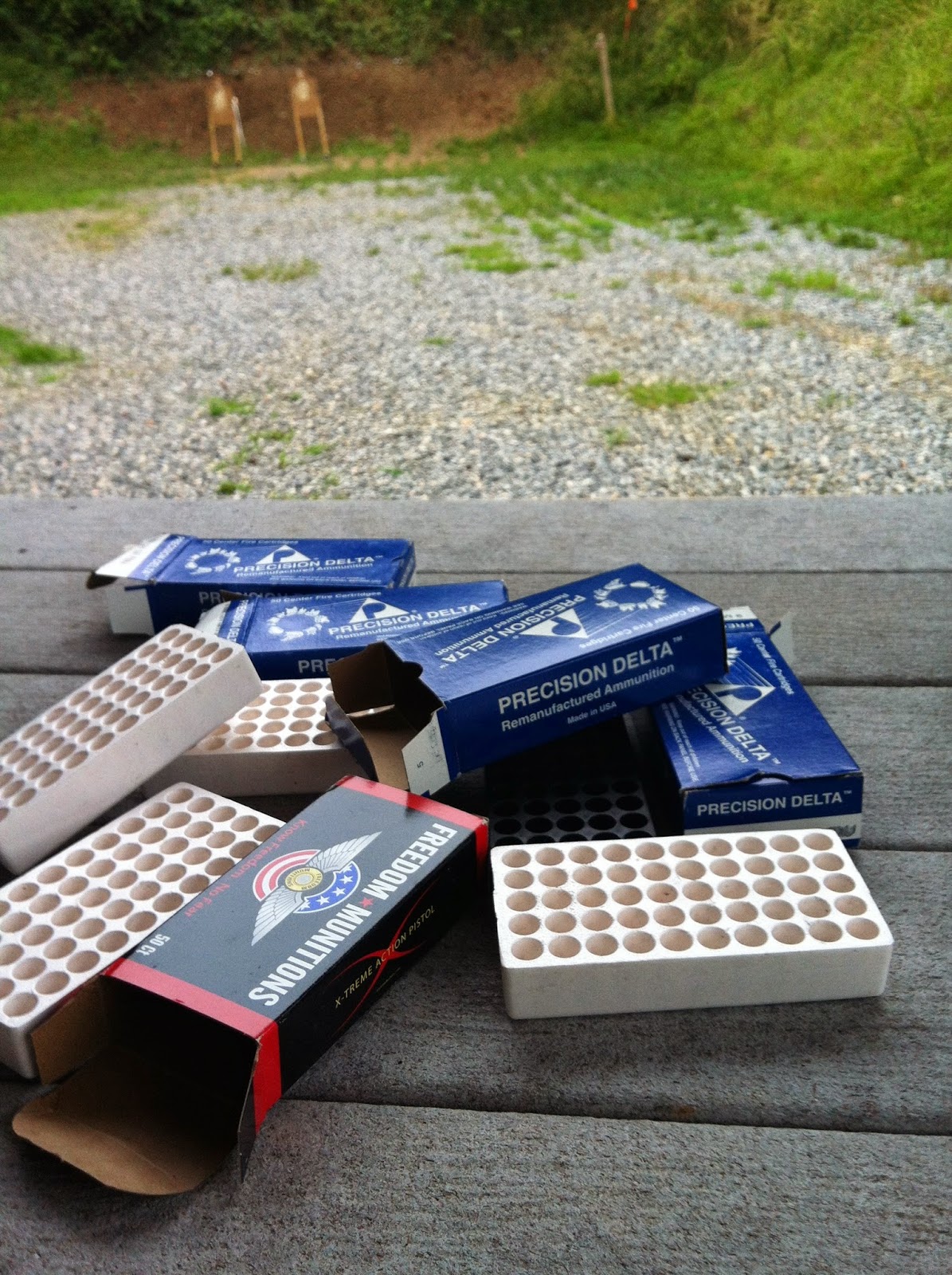 Since I had the place to myself, I took advantage of the wide bay to also get in some defensive shooting practice too. Drills were run "getting off the X" while shooting; moving left, right, forward and backwards. Deep furrows were dug in the gravel making rapid direction changes. While getting hits on target is the goal in both competition and self-defense, rapid movement gets more erratic, and more critical, when a life is on the line.

My well-worn targets taped again, I changed gears and worked on shooting slow groups. At the Cedar Mountain match last week, the last target of the day was a head-only target. I made two accurate upper A zone hits, but not feeling confident I decided to take a third shot. That one was also an A, but that decision weakened my score by adding another two seconds to the time. I decided I'd get in some practice to increase my confidence in those tight shots, from varying distances. Single handed shooting made it into my drills this time.

Near the end the session a light rain started falling. By the time I was picking up brass, the rain was falling steadily. Since this session had made good use of the entire bay, picking up the fired brass was a challenging treasure hunt in the gravel, requiring multiple passes around the bay. However, having to spend extra time picking up brass in the rain meant just one thing — it had been a great day on the range! 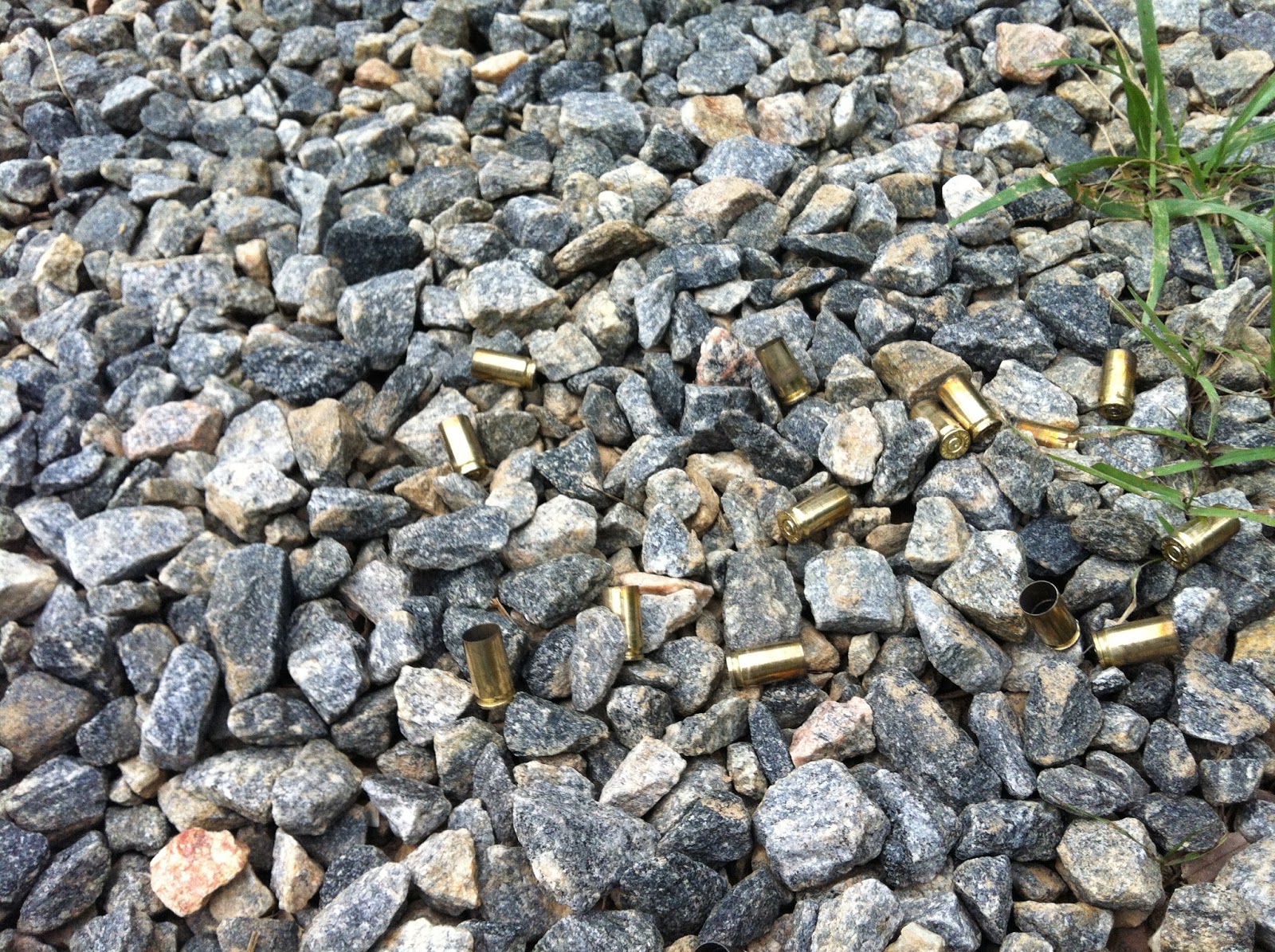 By the time I arrived home, quite soaked from the rain, the clouds were clearing and the sun was peaking through. Gear stowed and a long hot shower later, it was time to head off for dinner and some good beer at the local ale house. But that's a tale for another post.