Last Sunday was the monthly USPSA match held by the Fredericksburg Practical Shooters. This month's match made use of many of the walls and props left up from the VA/MD Sectional Championship Match the club hosted last month. I didn't shoot at that event, so it was good to get to play on some similar stages. In addition to the interesting courses of fire, the weather couldn't have been nicer, with warm temps and occasional cloud cover. There was even a cool breeze later in the afternoon, a pleasure often absent from the Fredericksburg range!

I started the day off on "Red Dawn" which featured targets in either side of a path down the middle of the bay which led to a door. Going through the door activated a swinger to be engaged, along with a few other targets. The final two targets were low and close, but engaged over a wall which hid them from view. (I saw one shooter totally forget those two targets.) There's a first-person video here of that run. Stage 2, "You Don't Know Jack" was a similar set up, engaging targets on either side while moving down range. There was a popper-activated swinger near the end, which I managed to time just right — after hitting the activator and engaging a static target, I swung over to find the swinger right there at it's peak extension. I've also posted a video of the stage here. 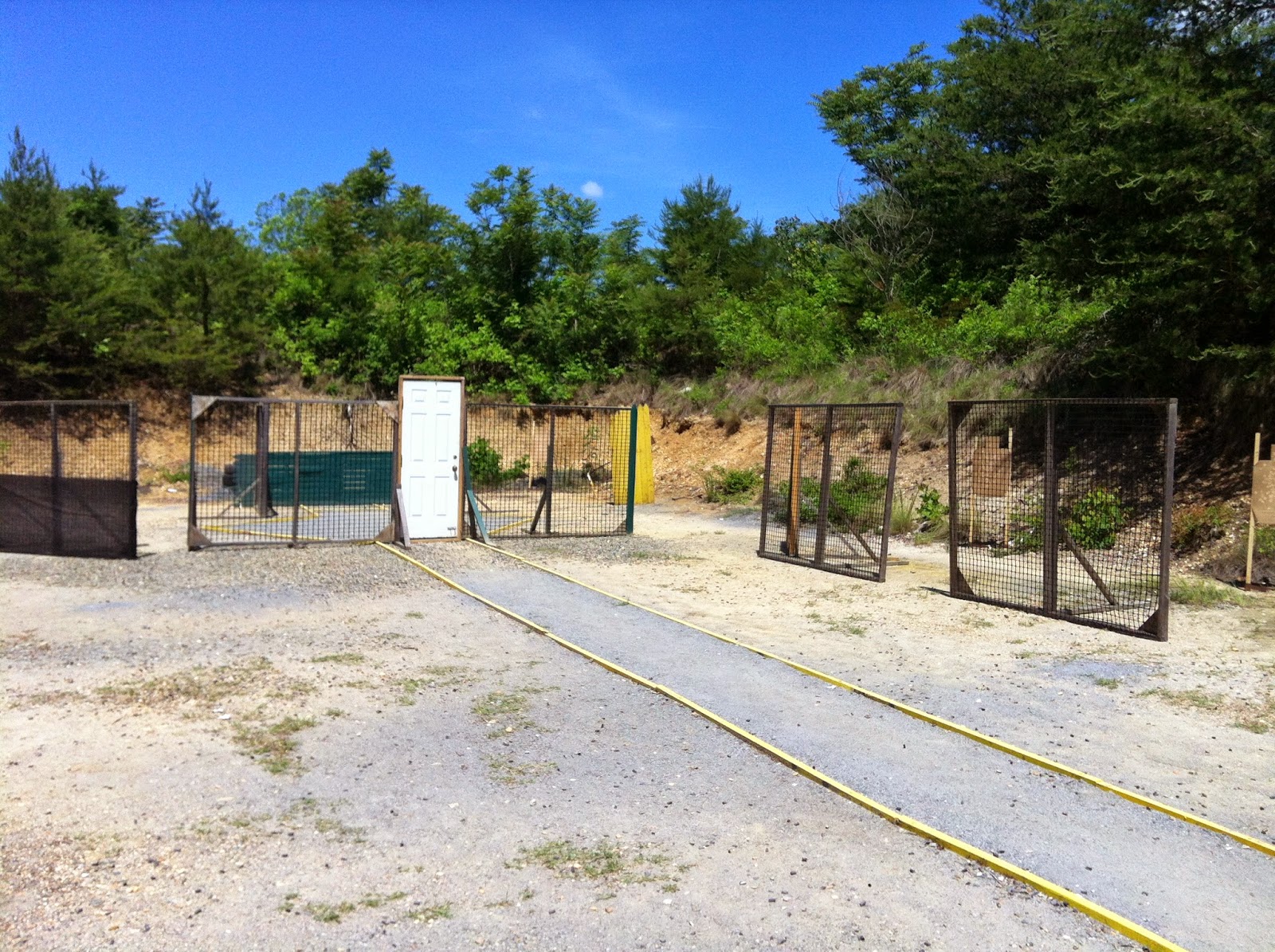 Next, "Gladiator" started with an empty gun and some magazines left on a barrel at the starting position. Additional magazines could be left on other barrels around the course of fire to be retrieved as needed. At the start, you loaded the gun and engaged two distant poppers which activated a swinger and a caused another stationary target to swing into view. About halfway through the stage I went to engage that appearing target, and it wasn't there! The equipment malfunction meant I shot it over again. More "bang for my buck" even though I got off my plan slightly on the second run, which proves the importance of going over the stage in your mind EVERY TIME! 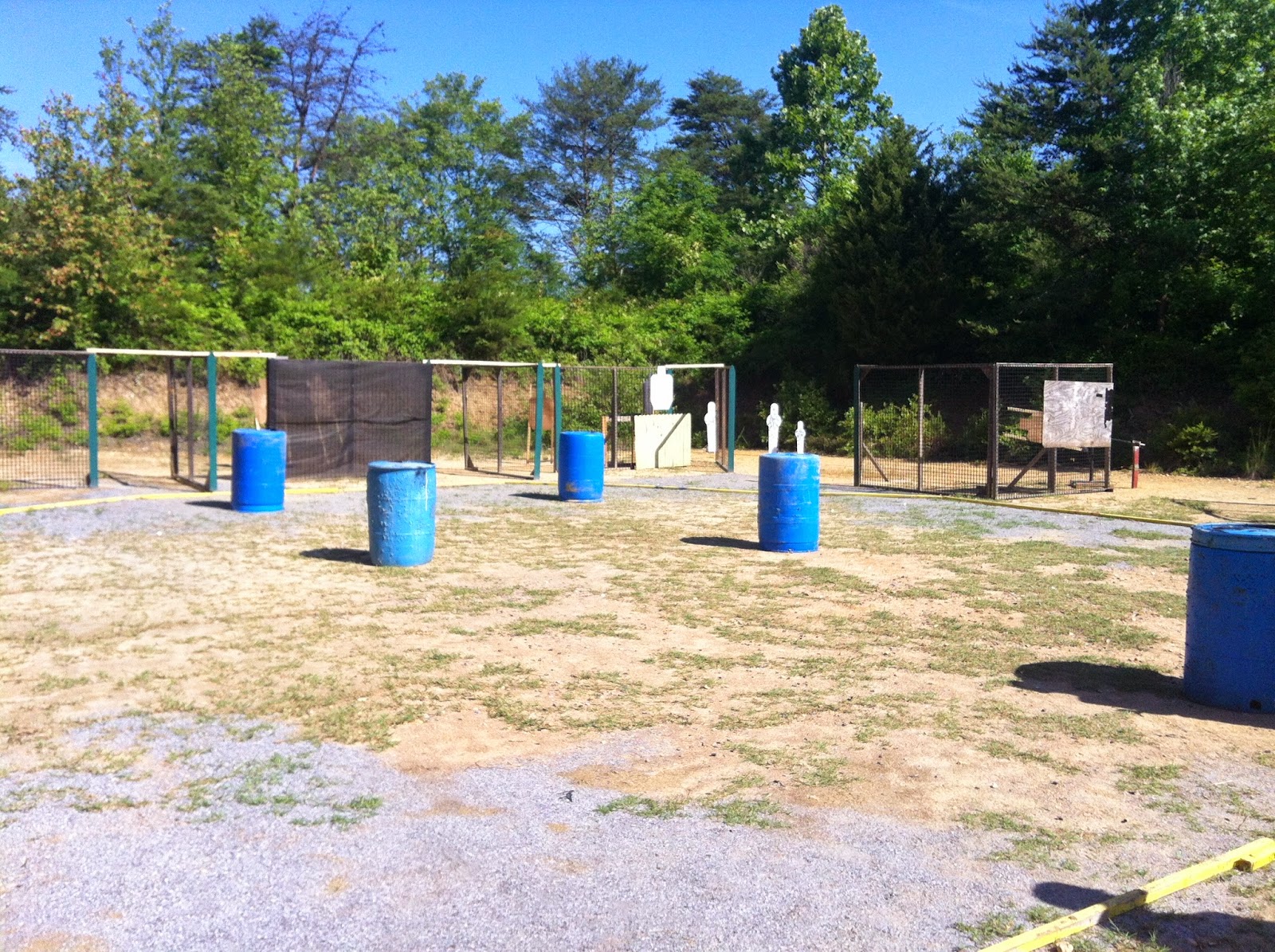 Stage 4 was the Classifier, CM 03-18 "High Standards," requiring both strong and weak hand shots. Even though I had recent successful practice time on those skills, I managed to have two misses on the stage. Despite the frustration of following some good classifier scores with a poor one, which will have an adverse affect my average, it was a fun stage.

"Hanging Gardens Of Babylon" was an interesting setup that seemed to have as many no-shoot targets as scoring targets. The array of white there just to mess with your mind I think. The opposite ends of the course were mirror images, and included a poppers at either end which exposed a couple of drop turners in the center. This forced the shooter to both ends of the course before returning to the center of the stage. It was a fun course, that seemed to go quicker than it does in the video. 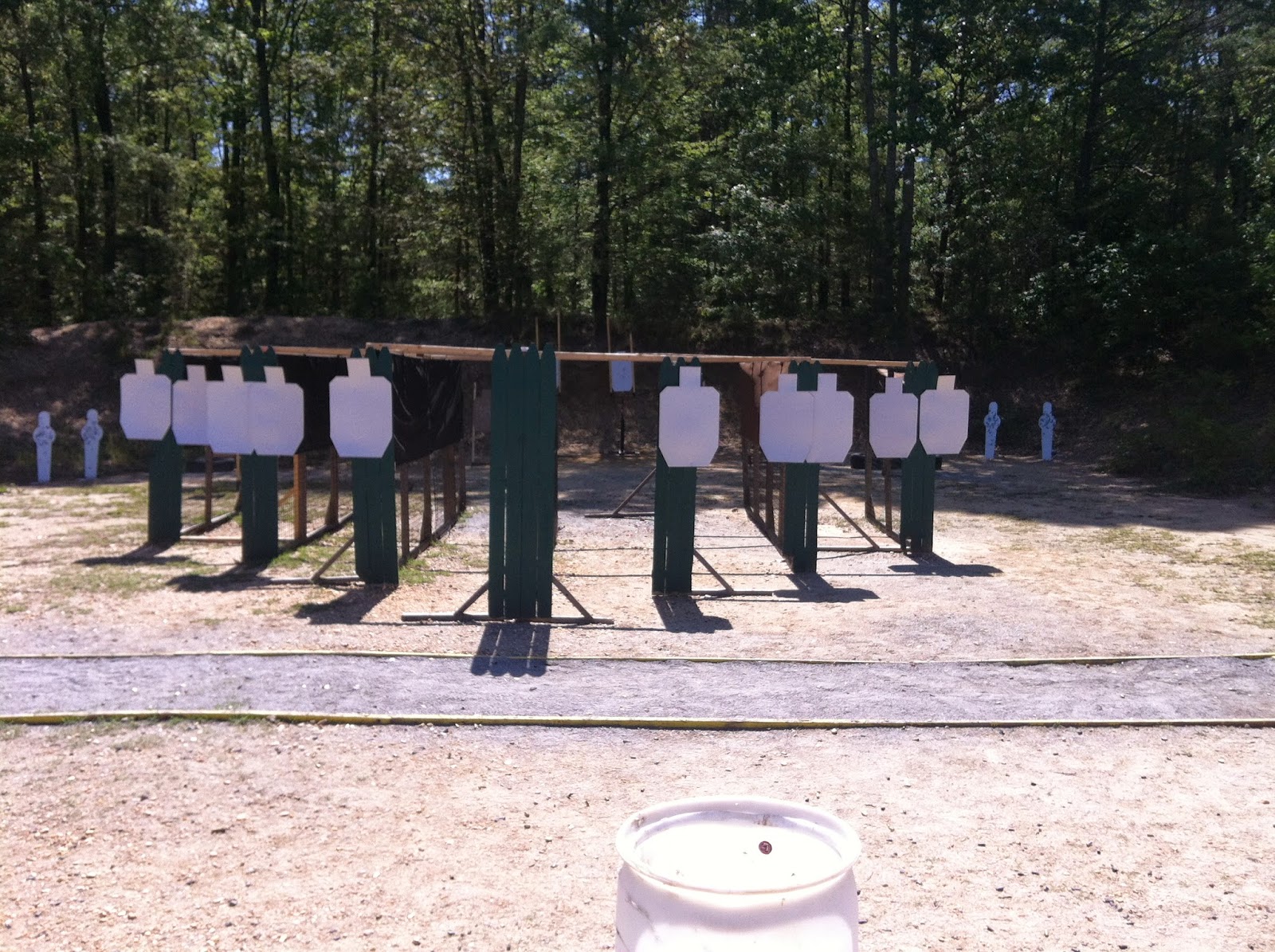 Stage 6, "The Graduate," was a large U-shaped course that covered a large part of the bay, requiring the shooter to move quite a bit to hit all the targets. During the Sectional, there was apparently a wall down the center forcing the shooter to travel down both legs of the "U" but for this match, the barricade was gone and we could take a short cut across. At the end of each leg was a bear trap disappearing target which was set in motion by shooting a popper at the opposite leg. It made for good fun trying to hit the distant target and swinging back to score the disappearing target before it was covered by a no-shoot.

The final stage, "Dodgeball" had the shooter running down a central path that had staggered walls intersecting the free fire zone at right angles. This forced you to zigzag back and forth down the path while engaging targets on either side. A steel popper activated a swinger that required, for me, a brief pause while it came into view. The close targets gave an opportunity for some fast shooting on the move, video of which is here. (Yes, I am enjoying the new camera.) 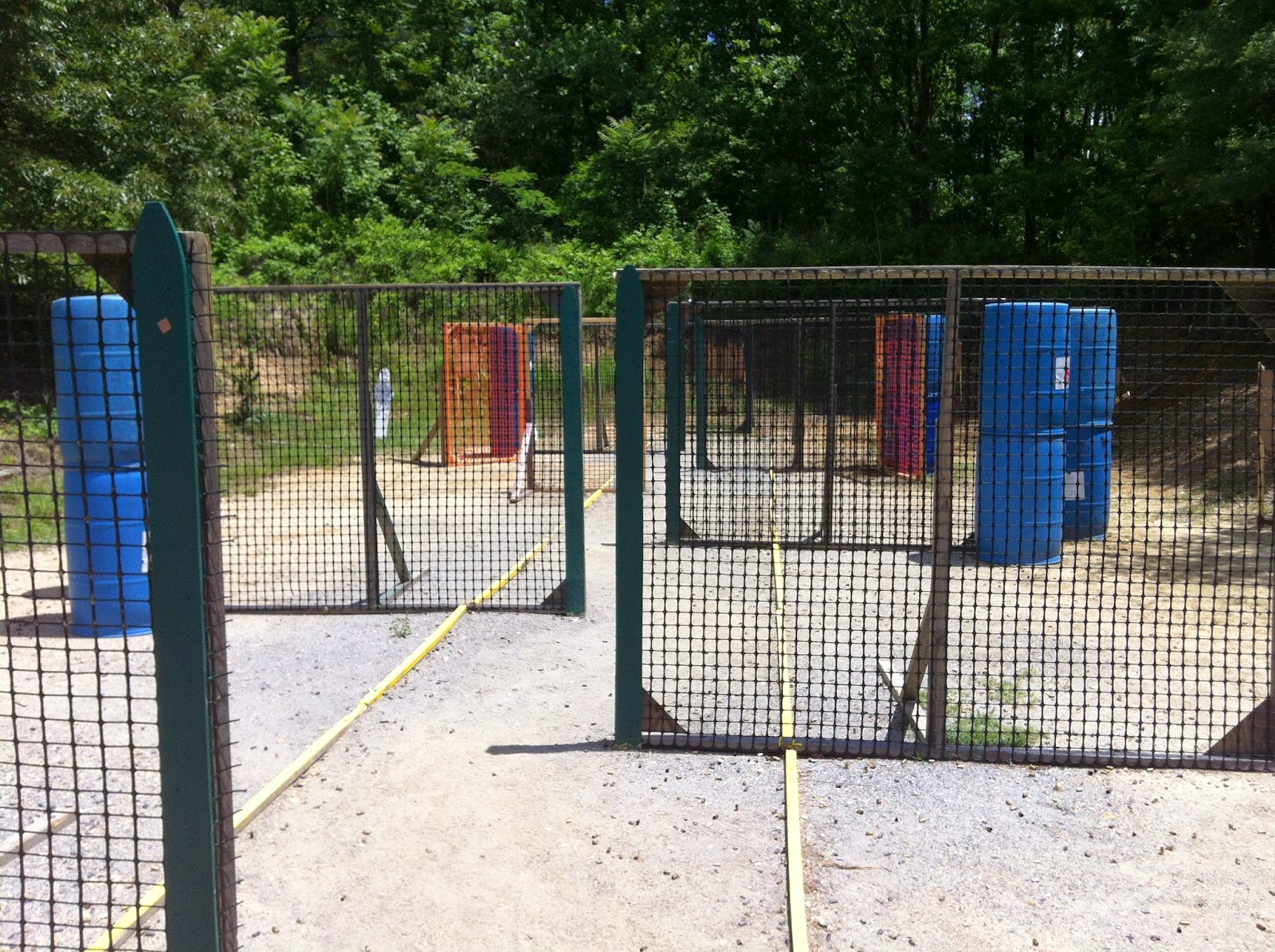 With the exception of the Classifier stage, I was pleased with my shooting. Unlike last week, I had some misses, but still finished 11th out of 31 in the Production division. It was a pleasant Sunday morning, and afternoon, shooting fun and interesting stages, with fun and interesting people.