We spent a pleasant weekend afternoon at Adventure Brewing in Stafford County. Sunday afternoons at this local brewery are a great time to relax with good beer and good company. The brewery currently has 10 beers on tap so there's something for every taste. Our choice for the afternoon was Blazing Trail IPA.

Adventure Brewing Blazing Trail IPA is made with all Virginia-grown hops. (I've seen the name listed as both Blazing Trail and Blazing Trails.) The beer pours marmalade in color with a pleasant citrus aroma. A thin head leaves behind moderate lacing. The Virginia-grown "west coast" hops give a fresh citrus pithiness to the flavor. A earthy malt base completes the flavor profile. This IPA is hop-forward but does not kill the tastebuds. And at a moderate 5.6%, it's well-suited for Sunday afternoon enjoyment. 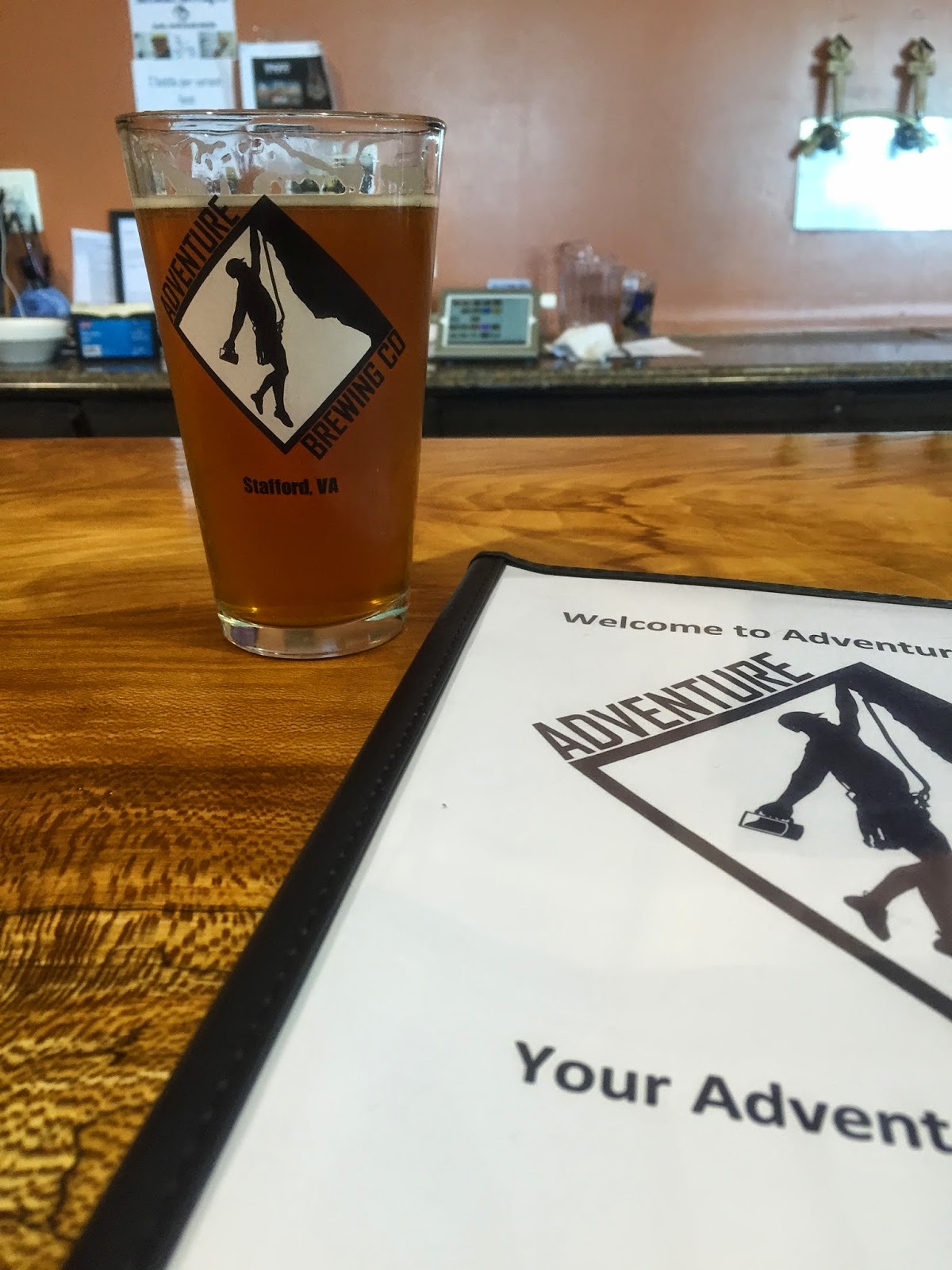 Adventure Brewing food truck regular, STEVE-O's BBQ, Burgers & BACON was on hand to provide food to go along with the ale. We opted for Steve's signature bacon cheeseburger and tater tot side. It made for a tasty pairing.

One goal for the visit was to pick up some bottles of the barrel-aged Wicked Nymph Imperial Stout that was released on Saturday. Colleen and I had a tiny taste a couple weeks ago, and were excited to pick up a few bottles for ourselves. The brewery obtained three barrels from the Bowman Distillery which had aged bourbon since 2005, 2009, and 2010. The bottles from the 2005 barrel were sold out, but we picked up some from the other years. I haven't decided if we'll be enjoying them soon, or letting them age. Stand by.... 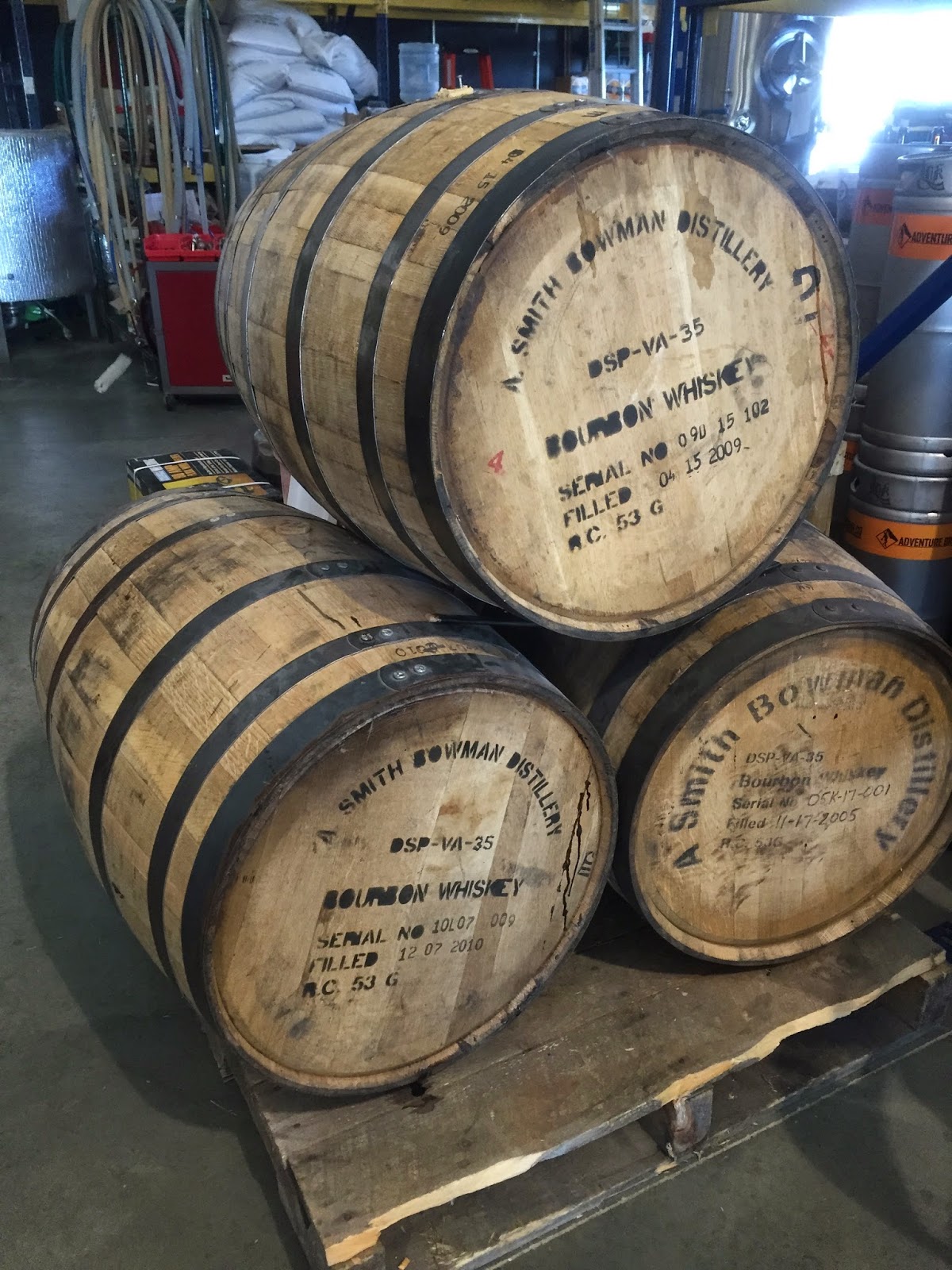