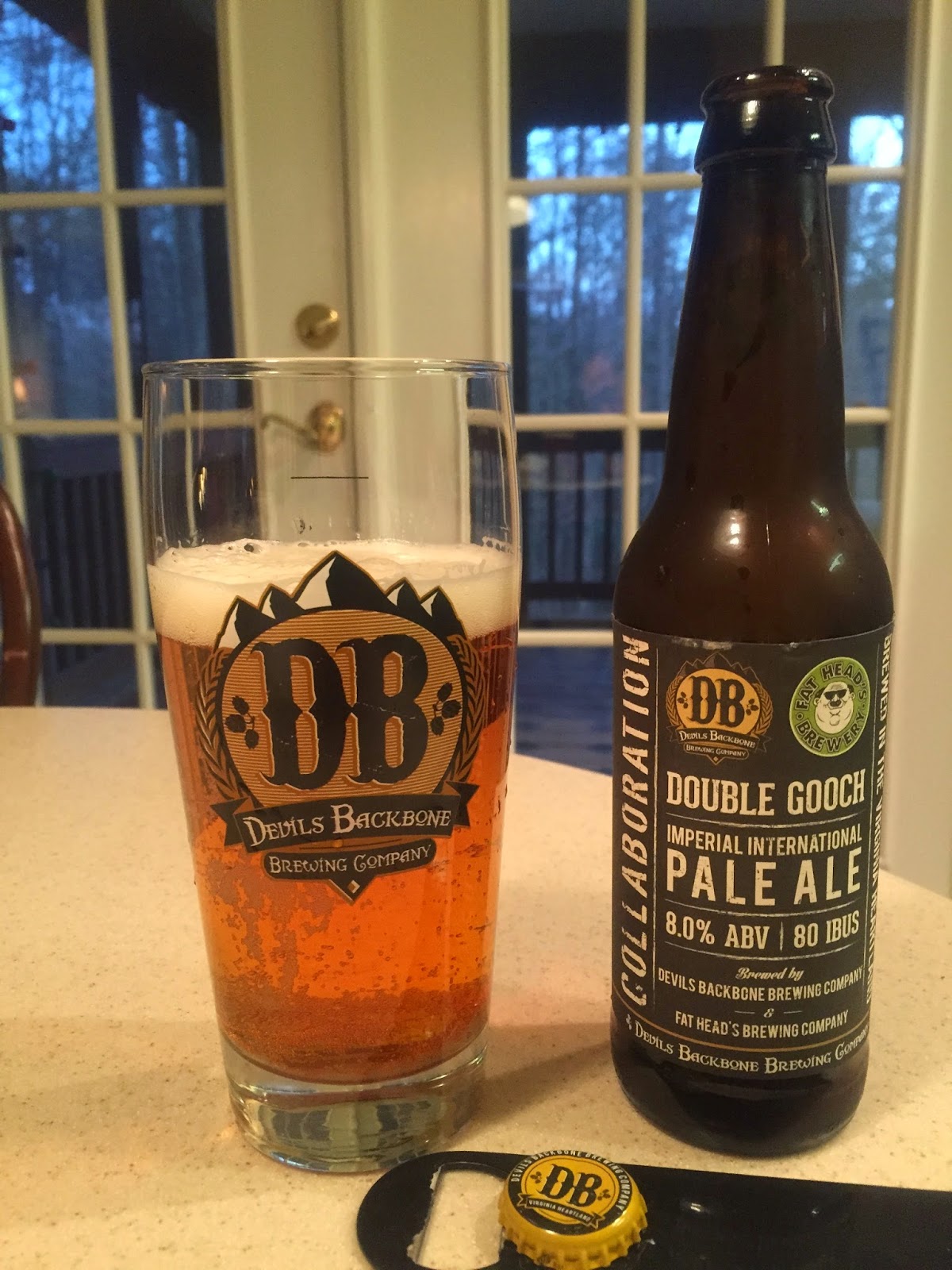 I got to enjoy a draft pint of Devils Tale last week at Park Lane Tavern and found it quite enjoyable. I was focused on dinner and company, so a review of that one will have to come later. I opened a bottle of Double Gooch Imerial International Pale Ale at home the other evening. After I took a sip and handled the glass to Colleen, she took a sniff and a sip, and declared "I'll have one too!"

Double Gooch is a very bright, clear orange color. The first pour produced very little head, and it took a very hard pour on the second glass to create the short head shown here, which very quickly dissipated. The aroma is slightly earthy, with oily pine and citrus notes. The citrus aspect really shines in the tasting. It's fresh and rich, and juicy grapefruit came immediately to mind. And interestingly, I thought specifically of pink grapefruit. A pleasing bitter pithiness lingers for a bit, but the finish is otherwise quite clean and short-lived. The 8% ABV is not noticeable at all in the flavor.

We both liked this beer quite a bit. It's not your typical IPA, and seems more like a ramped up Pale Ale. I enjoyed the crisp, fresh citrus happiness that didn't overwhelm. I also lamented that there are only three bottles in the box. Hopefully, it will be available locally on draft too.