I made it back to Colonial Shooting Academy last night for another go at their weekly IDPA match. We've had a long week here at home dealing with plumbing issues, and the evening match was a most welcome way to ignore it diversion.

The first stage had a total of six targets, engaged from four positions. I managed to get confused at one position — looking for a second target where there was just one. The second stage started with the shooter seated facing downrange, magazines staged on a chair behind the shooter, and the unloaded gun in a tool bag on the other side of the wall. Each of the four targets required three shots each as added twist. The final course of fire featured 6 targets well hidden around barrel stacks making it somewhat of a memory stage. I found all three stages challenging as well as fun. 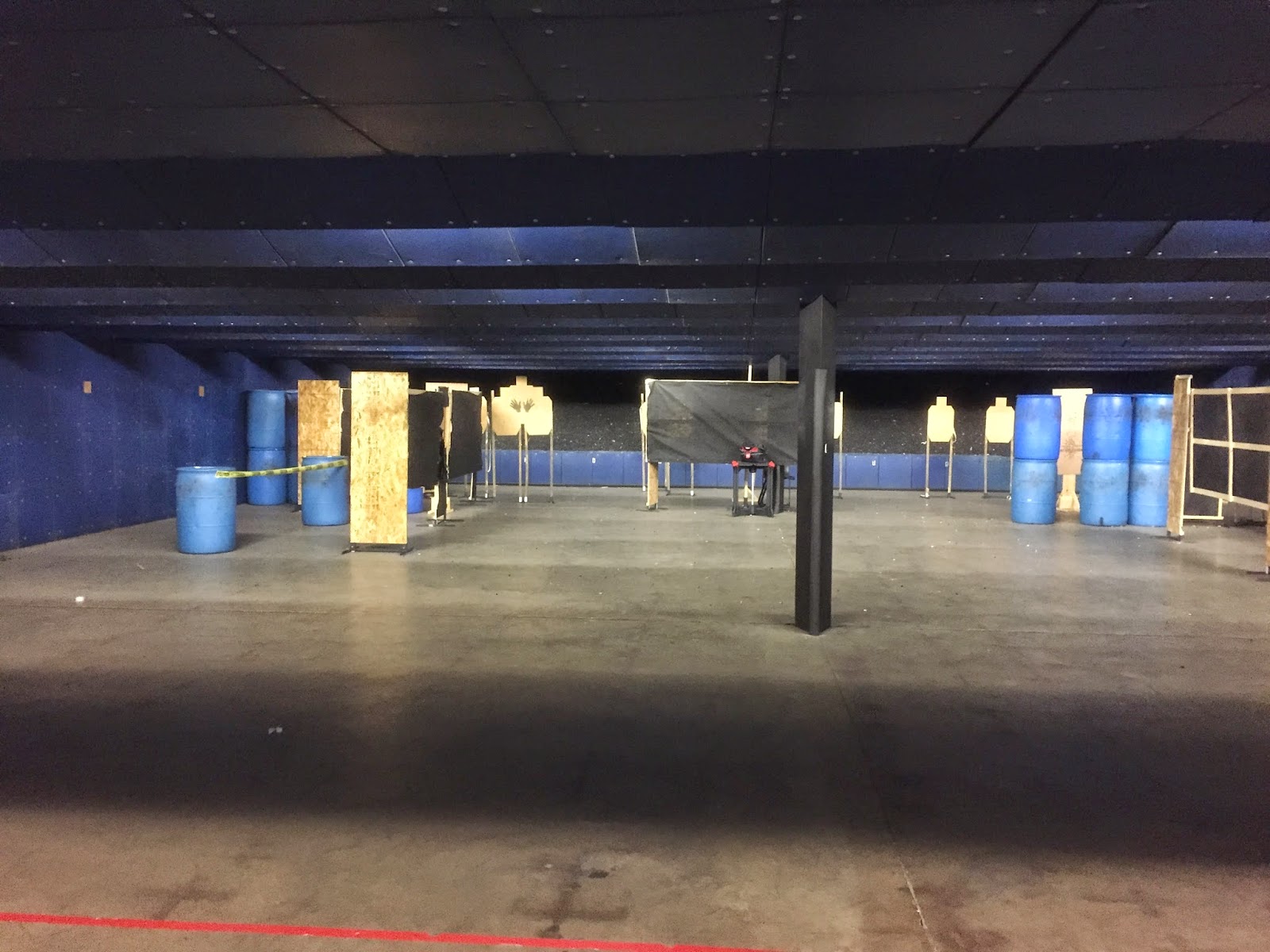 This match seemed tougher, to me at least, than last week's, with more tight shots and targets that could be easily forgotten. The stage designers did a good job of making us think, that's for sure! I didn't feel I shot as well as I did previously, and certainly had more points down overall. It seemed to me I was rushing more, and not getting set up well. Despite that, I managed a 9th out of 28 finish in my division, so I was pretty happy with that. Although it's still easy to morning quarterback myself, "If only I had done that run differently...." But that's what makes it fun, there's always next time!

I'm glad to get in some more match shooting after a long winter off. After the last couple matches, I'm inspired to get my dry fire practice ramped up again as well. I won't be able to make it to the CSA match every week, but I'll sure try to make as many as possible. It really is a great stress reliever.