No, not that kind. I celebrated my birthday by shooting an IDPA match at the Rivanna Rifle and Pistol Club in Charlottesville on Saturday. I arrived early to attend the mandatory "new shooters" briefing that is required of first time shooters at the range. Even though I'm not exactly a new shooter, it never hurts to hear the reminders again.

One of the usual bays used by the club for matches was not available due to the rains last week, so the match directors set up three stages together at the end of one of the rifle ranges. Due to the space constraints, only one shooter could shoot at a time, and we alternated through the three shooters on three stages before scoring and pasting. It was as if we had a squad of 40 shooters, which meant it took quite a while to get through the match. But, despite the extra long day, any day on the range beats a day not on the range! And the people are friendly so the time passed easily. 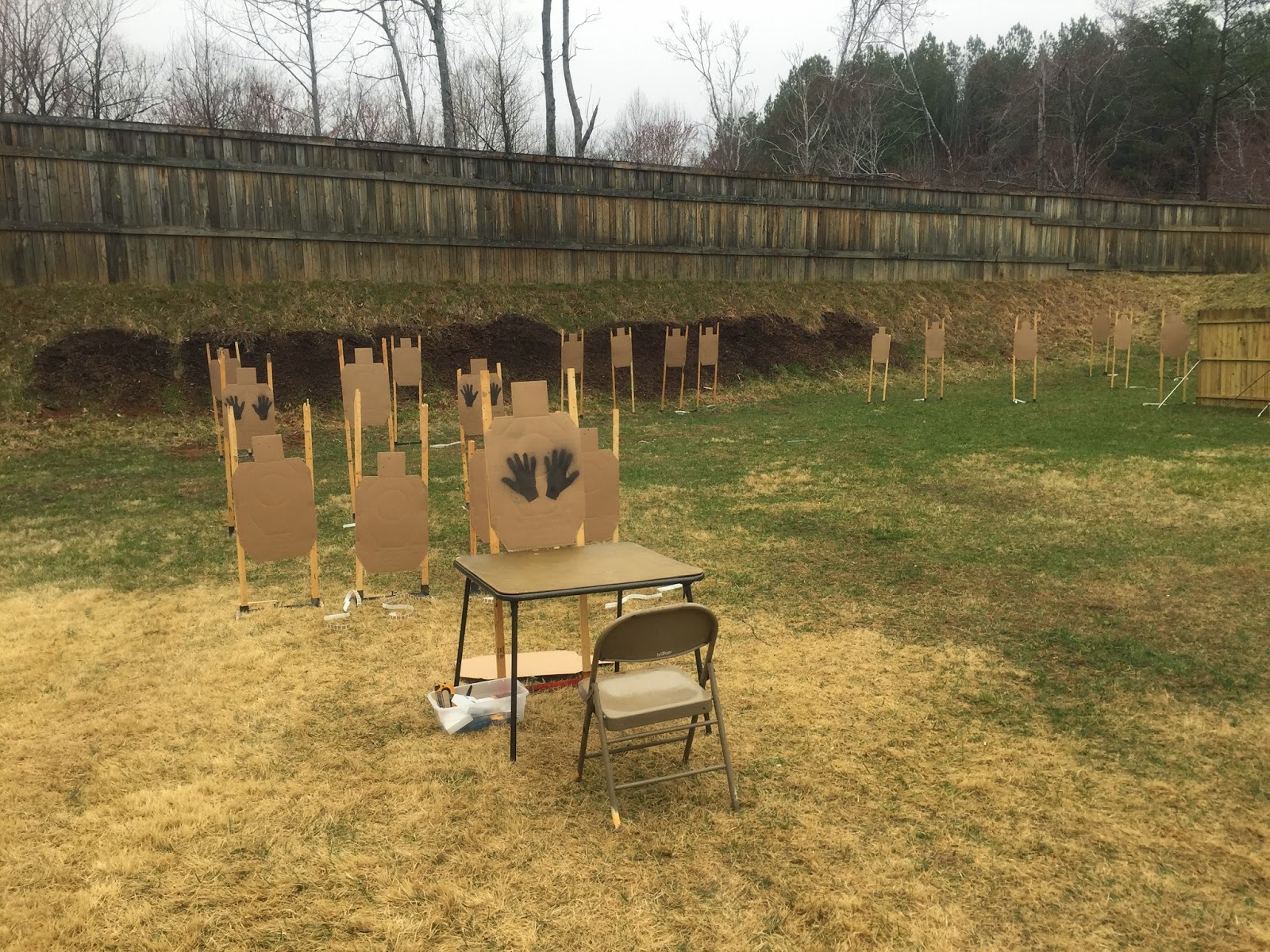 The first stage had us seated in front of a spread of targets and a few non-threats. At the start, the four close targets all got two required head shots. (A hit on the "body" was a miss.) The remaining three targets were engaged near to far with two rounds each. Coincidently, the last stage I shot at the last match I attended was also a seated scenario — I guess it's not such a rare scenario in IDPA.

Next up was a challenging two-string stage that tested our one handed shooting ability. On the first string, after the draw you transferred the gun to the support hand and engaged the first two targets. After transferring the gun to the strong hand, the last two targets were taken care of. Moving back to a barricade at around the 20 yard line for the second string, you repeated the same pattern except this time you could use the "other" hand for support. I was actually pleased with my hits on this stage. However, I did earn a procedural penalty for failing to pie around the barricade and instead shooting the last two targets "inside to outside." Some USPSA habits are hard to break.

The last course of fire was a nine-target stage with the targets arranged among the walls. It was an interesting stage that offered numerous options for engaging the targets. There were quite a few different choices made by the shooters. You could engage the targets at 3 or 4 positions total, depending on the distance you were comfortable with, choose slide lock or tactical reloads, as well as where you did your reload, all the while keeping in mind to not expose yourself to any unengaged threats.

The weather was unexpectedly cool and damp for a good part of the day, the sun finally coming out late in the match. Nonetheless, I still came home with a sunburned neck. Despite the long time it took to complete the stages, I had a great time and it was a fun way to spend the first part of my birthday. My results were fair, 14th out 25 in my division and 23rd overall.

Of course, upon arriving home I quickly started my enjoyment of some tasty craft beers. And those are possible fodder for future musings. Later in the evening I put some thick steaks on the grill for dinner, after which we enjoyed a family movie night. And there was cake! A fitting celebration it was indeed.